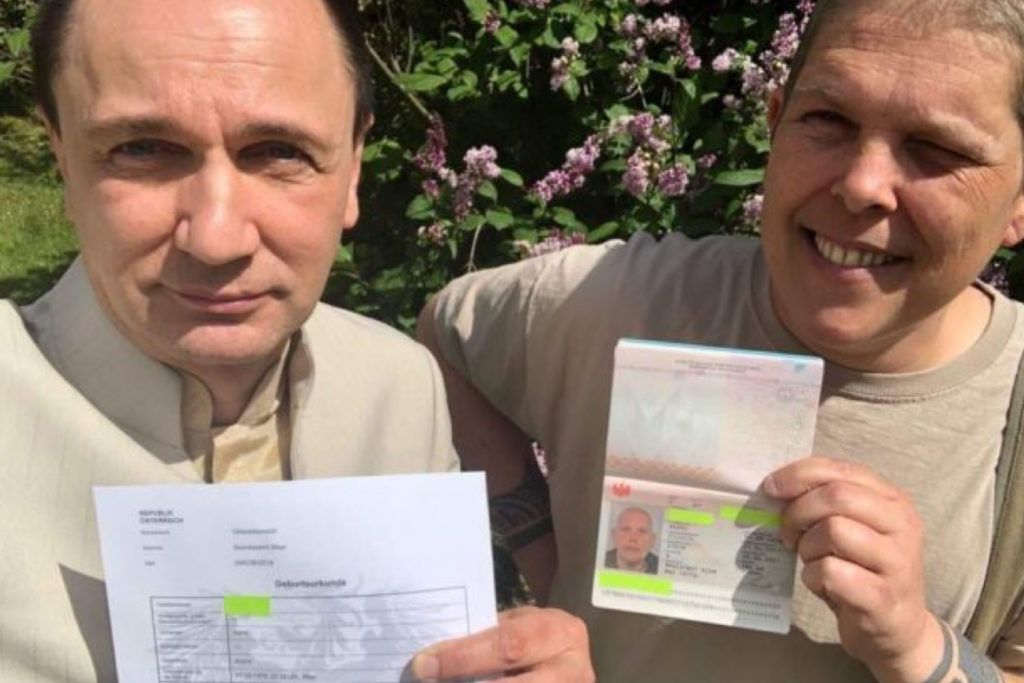 Austria has issued its first ever intersex birth certificate, joining a growing list of countries to offer identity documents with options other than male or female.

The legal change came after a four year battle by Alex Jürgen, a 42-year-old intersex man who also led the charge for non-binary IDs in his country.

In 2018 he won the right to have a passport with an “X” as the gender marker. He is now waiting to receive his new birth certificate with the sex listed as “inter” – the word for intersex in German.

“I am very happy that the law and the government have finally recognised this,” Juergen, 43, told the Thomson Reuters Foundation. “Many people don’t accept that there can be something else.”

Jürgen began fighting for a new birth certificate in 2016, leading to a constitutional court ruling in 2018 that citizens have a right to have their gender identity accurately reflected in official documents.

The court declared the terms “inter”, “open” and “divers” to be acceptable for the birth certificate, but the Austrian Minister of Interior decided that civil registries should only use the term “divers” – meaning “other” – to identify a third gender option.

This could only be recognised when the individual presented a certificate from a panel of doctors attesting to their intersexuality.

Jürgen returned to the courts to enforce his right to have the word “inter” on his birth certificate, and has now succeeded.

The decision is likely to have ramifications for the  1.7 per cent of the population estimated to be born with sex characteristics and hormone receptor responses that differ from social expectations of ‘female’ or ‘male’.

This figure makes intersex people around as common as twins or people with red hair.

Jürgen said that the requirement that an intersex person needs a medical assessment of their sex characteristics to qualify for legal recognition as neither male nor female should now be scrapped.

“A lot of people are traumatised and you cannot demand for them to do that,” he said.