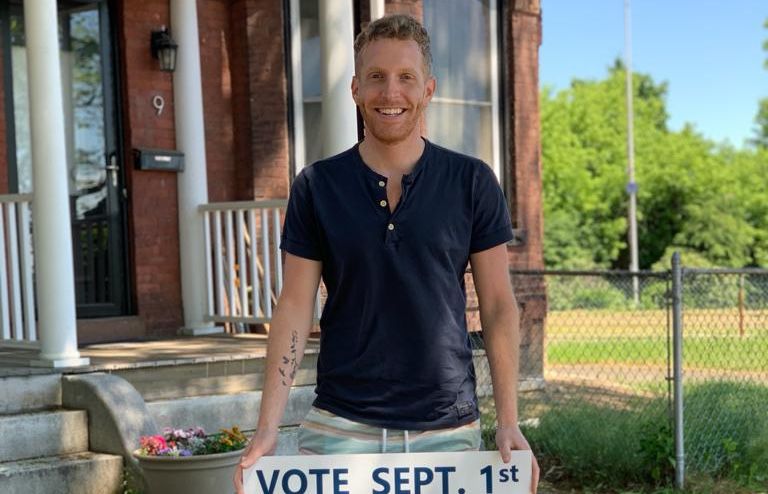 Alex Morse became his city’s first openly gay mayor when he was elected almost a decade ago at the age of 22. Now, he’s running for Congress.

Morse was elected mayor of Holyoke, Massachusetts after beating an incumbent who was more than three times his age.

Now 31, Morse is facing off against US representative Richard Neal to represent the 1st Congressional District of Massachusetts in Congress.

The gay candidate advocates for Medicare for All, the legalisation of marijuana and wants to see student debts cancelled.

“The pandemic and how it’s manifesting and impacting our communities in many ways just crystallises why I’m running for Congress in the first place and who our federal government should be looking out for and working for,” Morse told the Jewish Telegraphic Agency.

“I think it’s illuminated already existing disparities and inequalities in our communities that need to be addressed.”

Morse has been interested in politics since he served as the student representative on his district’s school board.

While still in school in Holyoke, he came out as gay – and went on to found his school’s gay-straight alliance, organise a school assembly on LGBT+ issues and worked with politicians on sex education policy.

“I was learning at a young age the power of building coalitions, and of working with other young people to amplify our voice together and the impact it makes to have people working together,” he said.

He has an ‘uphill battle’ to win the primary – but he is prepared for any outcome.

“My coming-out process and finding my voice directly tied to my interest in politics and government and advocacy.

“Without those high school experiences, I wouldn’t be as passionate or involved in the work I’m doing today.”

Political analysts claim that Morse has an “uphill battle” to beat his Democrat rival in September’s primary – but he is prepared for any outcome.

PrevPreviousFew restaurants have survived to even participate in their protest against the insanity of the ANC government.
NextBarbados invites same-sex couples to live on the island for a yearNext