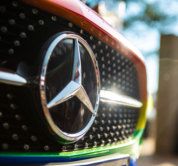 “We live diversity!” Daimler participated in 13 Pride parades and events all over the world in 2019, with 1800 employees riding along globally. 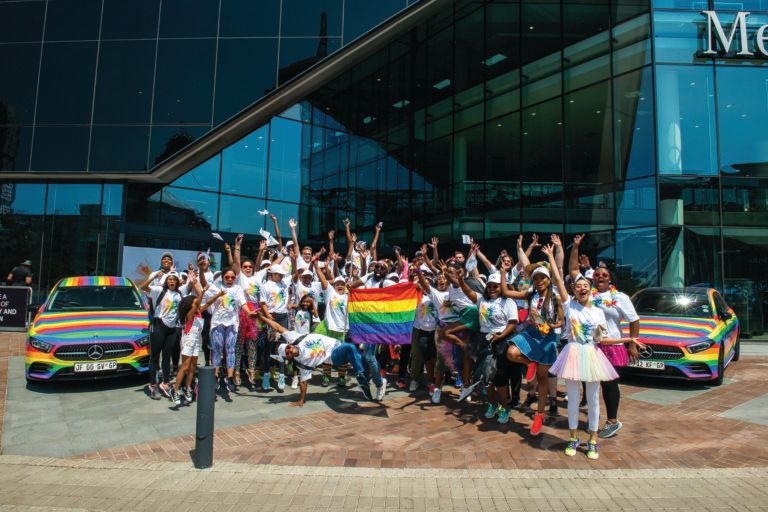 I have attended over 50 Pride events since 1989. Some of the international Pride events have been astounding, but what really impressed me with JHB Pride 2019, was the fact that Mercedes-Benz South Africa supported it, while Daimler AG supported thirteen Pride events including South Africa. Having Rivonia Road blocked off in the heart of Sandton on a Saturday added to the carnival experience, and ensured that thousands of festive people rocked up. Later in the day we had the most beautiful cloud formations, a sprinkle of rain and a stunning rainbow in the eastern sky. Alex Bouvidia, the dealer principal of Mercedes-Benz Sandown, participated by having two A-Class Mercedes-Benzes proudly wrapped in rainbow colours and leading the parade with a fleet of Mercedes-Benz cars.

This new flagship Mercedes-Benz dealership in Sandton is the world’s first global, fully fledged, MAR2020 dealership where the client’s experience is digitalised within every part of the business. Hosts greet you at the entrances, sales executives engage with you in consulting rooms with screens depicting the product that you are interested in. They boast a world-class workshop, an S-Class Exclusive Lounge that you can privately take delivery of your vehicle in, a dedicated handover area and an AMG showcase like no other.

Alex, being part of the LGBTI+ community herself, believes that the concept of diversity encompasses acceptance and respect. Everyone is unique, and more than simple tolerance is required to embrace and celebrate the rich dimension of diversity of each individual. “Diversity” means more than just acknowledging and tolerating differences, diversity is a set of conscious practices that involve understanding and appreciation. It means practicing mutual respect for qualities and experiences, recognising that personal cultural and institutionalised discrimination creates and sustains privileges for some while creating and sustaining disadvantages for others, and most importantly building alliances across differences so that we can work together to eradicate all forms of discrimination. This inspiration was also drawn from her organisation, who is a supporter of both diversity and inclusion. Mercedes-Benz South Africa group of companies (MBSA) stands for inclusivity, tolerance and respect for each other’s values which also fully encompass hers.

When Alex found out that Joburg Pride would be taking place in Sandton right outside her dealership, she engaged with the Pride Organisation as well as MBSA to ensure the values above were lived and shared with the LGBTI+ community. This is the first of many and she looks forward to continuing and expanding on this for years to come.

Supporting the slogan “We live diversity!” Daimler participated in 13 Pride parades and events all over the world in 2019. Around 1800 employees rode along on Mercedes-Benz cars, trucks and buses which had been specially designed for the Pride parades. All employees were invited to accompany the parades. At various locations, the tour was supported by Daimler employee networks, which was an incredible feat that has never been done by any other multinational company in the world.

Participation in the Christopher Street Day parade in Germany and the worldwide Pride parades was developed together with company, employee representatives and employee networks. Daimler AG committed itself many years ago to ensure diversity within the workforce. Diversity management has been an important part of the business strategy since 2005. In personnel and all development processes, Daimler places a particular focus on encouraging various dimensions of diversity. In 2014, diversity management at Daimler was awarded the Max Spohr Prize by the Völklinger Kreis Association of Gay Managers. In 2018, the company joined the initiative of the United Nations Global Compact, which campaigns for the rights of LGBTI+ people.

Wilfried Porth, Member of the Board of Management of Daimler AG responsible for Human Resources and Director of Labour Relations & Mercedes-Benz Vans said: “Together with our employees, we want to send a strong message for tolerance, diversity and a culture of appreciation and respect. A culture in which origin, gender, religion, age or sexual orientation don’t matter. Diversity is the driving force behind our ideas, our change and our culture of innovation. Diversity increases our potential and our creativity. As a company, it makes us more successful and creates clear competitive advantages.”

In personnel and all development processes, Daimler places a particular focus on encouraging dimensions of diversity.

Daimler AG is one of the world’s most successful automotive suppliers of premium cars and is the world’s largest manufacturer of commercial vehicles over six tons. 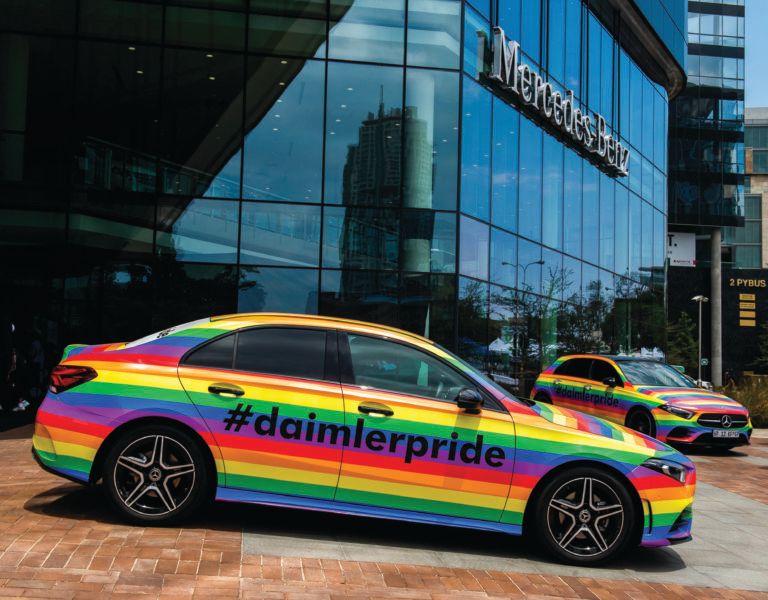