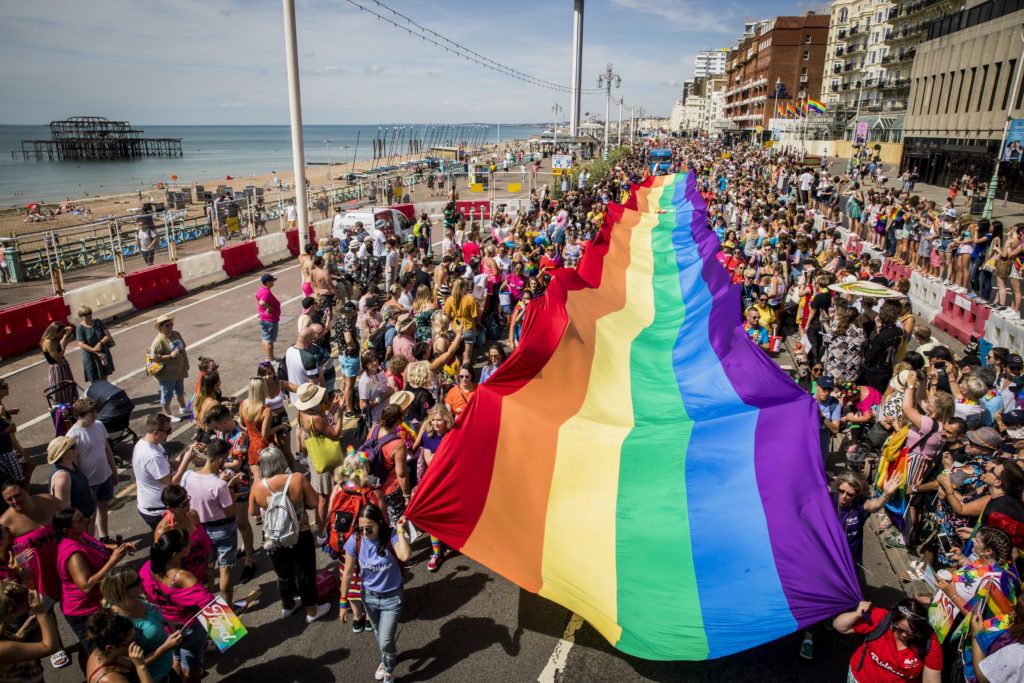 On the weekend of what would have been one of Britain’s largest and most beloved LGBT+ Pride events, a man in Brighton was detained on suspicion of stealing a rainbow flag and setting it alight Saturday (August 1) night.

The suspect, Abdelhakim Ismaili, 36, was detained by Sussex Police and charged with committing a homophobic hate crime in the southern port town.

According to The Argus, Ismaili swiped the flag from a garden in Beaconsfield Road, before burning it at around 9:55pm.

Ismaili, who himself lived on Beaconsfield Road, tucked inside the eastern suburb of Round Hill, was remanded in custody and appeared at Brighton Magistrates’ Court Tuesday

A Sussex Police spokesman told the outlet: “We are committed to fully investigating reports of hate crime.”

He added: “If you have been a victim of or have witnessed a hate crime, we urge you to either report online, call us on 101, or 999 if it is an emergency.”

The incident took place on the very day that thousands of LGBT+ folk from Brighton, Hove and beyond would have been spilling out of nearby Preston Park after seeing goddess of pop, Mariah Carey, perform.

Yet, the coronavirus – the rampaging pathogen which has gnawed at the country’s Pride calendars – forced organisers to postpone the event until 2021.

“We are shocked and devastated by the unprecedented turn of events over the past weeks – especially the catastrophic health and economic impacts this pandemic is having on members of our community,” a statement issued by Brighton and Hove Pride read at the time.

But while Brighton locals were unable this year to peer out of their Regency-style houses and see the likes of Britney Spears and Kylie Minogue performing on their doorsteps, they could hop online and see the digital Pride festival instead.

The six-hour online festival saw the likes of Years & Years and Todrick Hall perform from the comfort of their own homes.