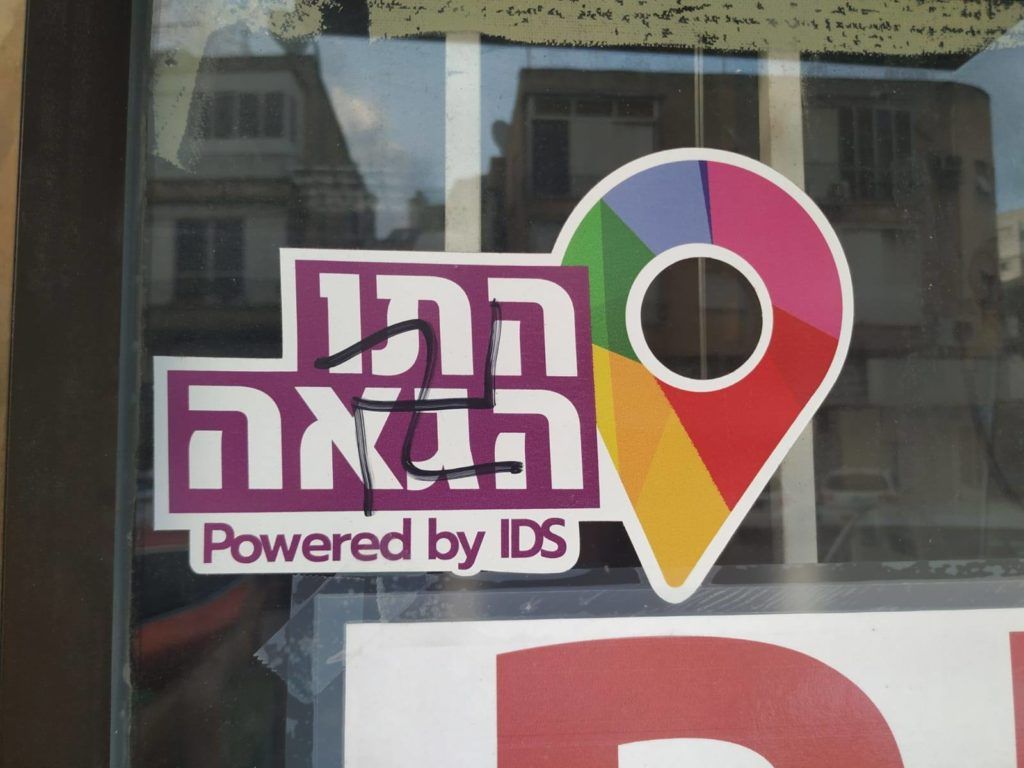 An Israeli photocopy store that proudly displays a Pride flag to let LGBT+ customers know they are welcome was vandalised with a swastika, shaking the local queer community.

The owner of the business, Elad Tzvieli, took to Facebook to decry the “destruction” of the window display, which was designed by one of the country’s top LGBT+ rights organisations.

“It’s sad, the year is 2020,” he wrote. “This is the good morning we get at… a business that accepts everyone and consistently supports the LGBTQ+ community.”

As a result of the incident, Tzvieli said that the store, in Ramat Gan, Israel, would print free Pride flag decals for business owners and retailers that wish to show their support for the LGBT+ community.

“To the hero who took care to destroy the Pride Tag I’d be glad to remind him that the ones who used this symbol [the swastika] probably took care to kill parts of his close or far family as well,” he added.

“At Garmoshka Photocopies Ltd. we feel more than proud to give equal service to all.”

“Whoever uses this monstrous Nazi symbol forgets that in the time of the Holocaust Jews and LGBTQ+ people shared a bitter fate and were targets for persecution and destruction,” he said, according to The Jerusalem Post.

“As usual, on such darkness we will respond with light. This is our way and we believe in it and will continue to do so.”

He called on the city to rally around the store and the local queer community.

In a statement to the newspaper, the group implored people to buy from LBGT-friendly businesses, saying: “Let’s teach the vandals not only a lesson in history, but also a lesson in economics.”

PrevPreviousConsol Glass halts R2.3 billion investment in South Africa due to alcohol ban
NextFallen ICU Doctor’s Husband Responds to Trump’s ‘It Is What It Is’Next