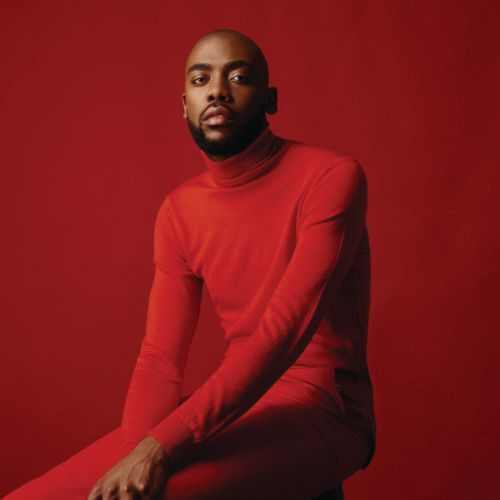 From dressing Beyoncé to empowering people through the clothes they wear, African queer icon Rich Mnisi shares his thoughts.

If you appreciate fashion at all, especially if you are African, the name Rich Mnisi may already have been sitting on your lips. Rich is a continually rising star in the fashion world, but has also been pegged as a black queer icon to the masses. He has dressed Beyoncé, for god’s sake, he is royalty living amongst us in our gay clubs and everywhere online.

Rich grew up between Kempton Park and Soweto in Johannesburg to a family of six. His childhood was always filled with colour, laughter, love, and inspiration from his family’s sense of fashion as well as his sisters’ love of art. Being a Sagittarius, Rich was always optimistic, so even his bad days were filled with some form of positivity.

He has always been surrounded by fashion. From the women in his family to one uncle, who were all experimental and eccentric in their clothing. Needless to say, a sense of originality was imprinted on him from a young age. He recalls draping a curtain around him when he was four years old. “I was drenched in Balenciaga!” he exclaims.

Growing up, Rich did not experience an all-consuming battle with the idea of coming out being synonymous with having to live in darkness and embarrassment, as many African families do. One day, he simply introduced his mother to his partner at the time and as an intellectual woman, she figured out the rest.

His sense of identity, even at such a tender age, is remarkable. Rich knew that the most important thing was for him to accept that he was who he was and that he wasn’t going to conform to anyone’s constricting idea of who how or whom he was allowed to love. He is adamant that both his blackness and queerness come with zero apologies.

When it comes to Rich’s creative work, he says that there is a definite correlation between his personal journey and his designs. “I centre a lot of my creativity on my lived experience. My early childhood memories of the women in my family, the people I grew up with and just the idea of clothes being the first thing people notice. I have always known that looking good is not just about the clothes themselves, but the feelings that they evoke.”

One of the most fascinating aspects of his work is that his garments aren’t necessarily prescriptive to gender. They can appeal to anyone, following a definite global trend towards gender-neutral clothing. Sometimes he catches himself daydreaming of inspired individuals, people who love art and all things creative, and how they would walk down the street in a RICH MNISI garment, radiating confidence and stealing all the attention.

Rich talks about his process as a narrative. When selecting fabrics, he looks for stuff he likes, but that are also relevant to the general zeitgeist. Most importantly, however, he chooses fabrics that can serve as a vehicle to carry forward the story he is trying to tell. His choices aren’t feminine or masculine, they stem from his sense of creation.

“I reimagine my inspirations and challenge myself to always design pieces that remain true to what I want to achieve.”
When he was first starting out, no one was really playing around with gender, so he took his unique vision and started weaving magic into the fashion industry, challenging the status quo and pushing the limits.

During our interview I needed to know more about which challenges he faced when designing for men in particular, and I could not have asked for a better response. “I play a lot with shapes, proportions and colours that are bold and inviting to the eye – that can live on any human body.”

When it comes to his sexuality, Rich does not allow his queerness to define him outright, but instead uses his free-spirited, fun-loving and daring energy in his work to stand as a testament of the freedom of expression, self-love, acceptance and humanity that every person deserves. Gay or straight, black or white, bird or fish.

It is really important to have visionaries like Rich Mnisi who are not afraid to roam beyond the borders of gender and convention. Such work sets people free. The “stories” in his garments comment on real issues in our society whilst affording others the power of individuality and the ability to think and create an image for themselves. Ultimately, this results in a revolution of identity and acceptance.

When it comes to collaborations, Rich enjoys working with anyone whose design sensibility, spirit and creativity resonate with his. He enjoys going into unexplored ideas and discovering new techniques with others.

So, in essence, who is Rich Mnisi? He is a fashion-forward thinker. He is a visionary in his field, he is optimistic, fun-loving and most importantly, he is unapologetic. Rich is truly an inspiration not only to fashionistas like me, but to any person out there reading this that can identify with that yearning to be able to express themselves freely and uniquely. Be you. Be authentic. But girl, dress to impress. 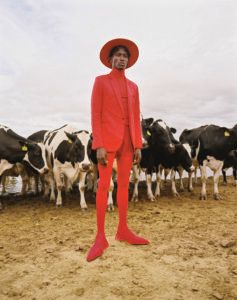 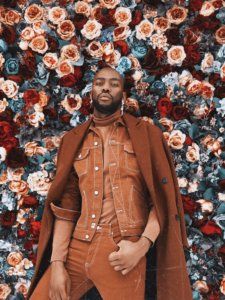