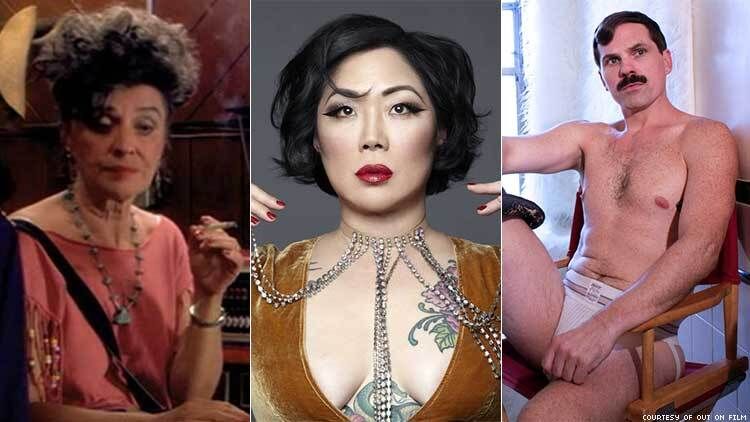 Out on Film offers a digital experience everyone can enjoy no matter where they’re located.

Atlanta’s LGBTQ+ film festival Out on Film is fast becoming a go-to queer film festival. And now that the slate of narrative features, documentaries, and special screenings is available online, it’s also essentially gone global. Now in its first year as an Oscar-qualifying festival, meaning its awards can help qualify a film for Academy Awards contention, Out on Film has grown from eight to 11 days over the years. The 33rd annual edition of the festival kicked off September 24 and runs through October 4 with a slate of programs representing a breadth of LGBTQ+ experiences.

This year’s festival will screen 24 narrative films, 15 documentaries, 15 shorts programs (with 82 films), and a web series. Twenty countries are represented in the films that will screen at Out on Film. Special events for this year’s festival include a program to coincide with Margaret Cho receiving the Out on Film Icon Award, a “Conversation of Film” with Dawson’s Creek and Vampire Diaries creator Kevin Williamson, and a 20th-anniversary screening of Sordid Lives featuring Del Shores and the cast.

“2020 has been a challenging journey thus far for all of us, so along with the films that we have found from world cinema titles to award-winners, and films that have been popular thus far at other film festivals, the theme of the journey struck us for our special events with Margaret Cho and Kevin Williamson,” Out on Film Director Jim Farmer said in a statement.

“[Cho] is a certified LGBTQIA+ icon (thus the award we will present to her) and [Williamson] shaped pop culture in a major way during a heady period writing for film and television. Both have had a fascinating journey leading up to the peak of their cultural influence and beyond. As one of the longest running LGBTQIA+ film festivals, we embrace connecting those dots through our history as well as celebrating and presenting the best of the new films and filmmakers today.”

Among the narrative features that will screen are Gossamer Folds, about a young boy forced to move to the suburbs of Kansas City where he forms a friendship with his transgender neighbor (Alexandra Grey), and Jonathan Wysocki’s Dramarama, about a murder mystery slumber party that unfolds in 1994. Additionally, director Todd Verow delves into the vintage gay adult film industry with Goodbye Seventies, which will have its world premiere at the festival.

International films screening at the festival include Music for Bleeding Hearts from Brazil, No Hard Feelings from Germany, and Kapana from Namibia, where sodomy is still a crime.

Documentary features screening at the festival include Cindy Abel’s Surviving the Silence, which tells the story of Col. Pat Thompson, a closeted lesbian at the time who was assigned to the review board for Col. Margarethe Cammermeyer, who had admitted she was a lesbian. Ahead of the Curve, about Curve magazine founder Franco Stevens, will also screen.