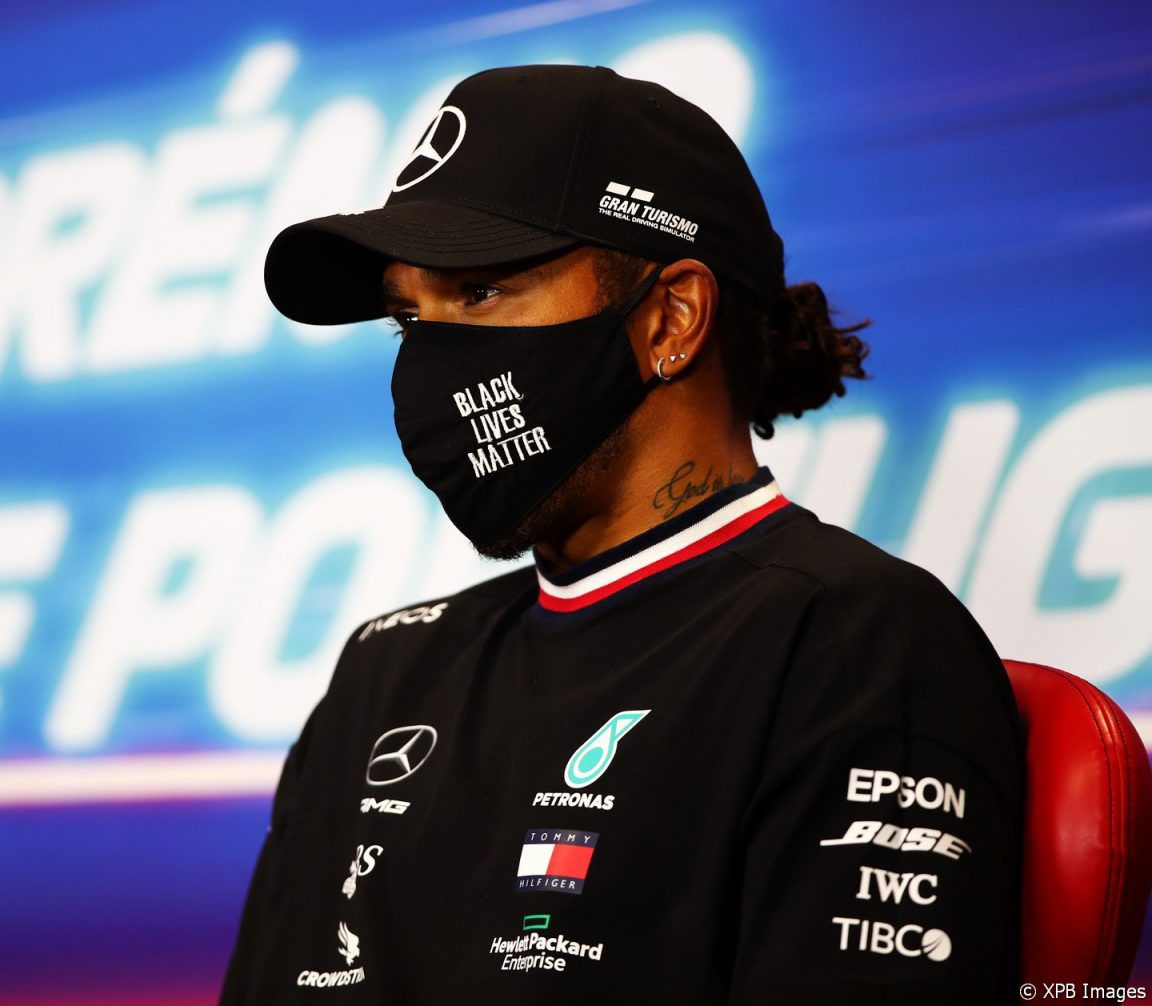 Lewis Hamilton has criticised the choice of Vitaly Petrov as one of the stewards for this weekend’s Portuguese Grand Prix following comments the former F1 racer made last month.

In an interview for Russian publication Championat, Petrov criticised Hamilton for encouraging drivers to ‘take a knee’ in support of anti-racism protests and the Black Lives Matter movement. Petrov also questioned whether drivers would “urge everyone to become gay” and race under a rainbow flag if one of their number came out.

Hamilton said it was a “surprise” Petrov had been chosen to make his first appearance as a steward when the quotes were put to him during the FIA press conference ahead of the Portuguese Grand Prix,

“I’ve not seen all the quotes – obviously you’ve just recited some of them,” he said. “So yes, of course, that is I would say a surprise that they’re hiring someone that has those beliefs and is so vocal about things that we’re trying to fight against.

“So you should take it up with them, really. There’s nothing I can particularly do about it.”

Formula 1 launched its “#WeraceAsOne” initiative before the start of the season which is partly aimed at promoting diversity and inclusion within the sport. Hamilton claimed Petrov’s views are at odds with that stance.

“We should definitely be including people here who are with the times, who are understanding of the time we are living in and sensitive to the matters that are surrounding us,” said Hamilton. “So I don’t really understand what their goal is or why particularly he’s here because it’s not that they don’t have any other good options.”

Hamilton’s team mate Valtteri Bottas echoed his comments. “Obviously I also haven’t heard any of those quotes and I don’t know them in detail so it’s tough to say.

“But I think as Lewis said we all should have the same mindset for the things that we are pushing on.”

Petrov raced in Formula 1 between 2010 and 2012, scoring a podium finish in the 2011 Australian Grand Prix with third place for Renault. He later raced for Mercedes in the DTM, and several teams in the World Endurance Championship.