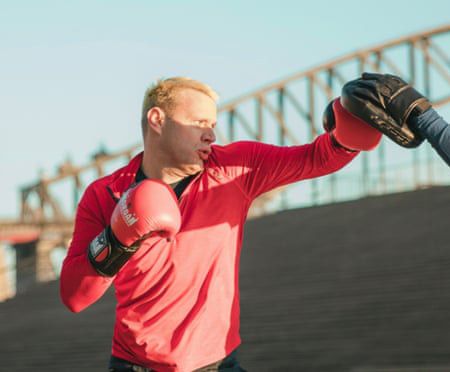 The world’s first LGBTQ+ boxing tournament is set to be staged in Sydney after the nation’s governing body threw its support behind the proposal.

Boxing Australia has endorsed efforts by World Gay Boxing Championships (WGBC), a not-for-profit founded by local boxer Martin Stark to build inclusivity and combat homophobia and transphobia in the sport, to launch the first such LGBTQ+-friendly tournament.

Stark, who has lived with Addison’s disease since 2006, took up boxing two years ago while learning self-defence at his local martial arts centre. He planned to compete at the 2022 Gay Games but, when boxing was taken off the list, sought to fill the gap himself by launching an LGBTQ+ tournament, following in the steps of other non-professional gay sports.

“This is something we’re starting out,” Stark told Guardian Australia. “Australia has a great reputation for LGBTQI sport. We have hosted the Gay Games, the Sydney Convicts have won the Bingham Cup (a global LGBTQ+ rugby union tournament) several times, and we’ve hosted the Bingham Cup.

“But this is something new in sport, being started in Australia with Australian leadership. Usually things come to Australia, but we are starting something in Australia to make a change in sport. We are creating the Bingham Cup of boxing.”

The inaugural event is due to be staged in Sydney in 2023 to coincide with WorldPride and Mardi Gras festivities in the city. An exhibition WGBC event is planned for 2022 and fight nights will be held next year.

Australia’s amateur gay boxing community is in the start-up stage. There are no established clubs, like in London and New York, meaning much is learned from the international and professional sphere.

Lesbian British boxer Nicola Adams made Strictly Come Dancing history last week as the first contestant to dance as part of a same-sex pairing. The 38-year-old held the WBO female flyweight world title in 2019, after turning professional following gold medals at the London 2012 and Rio 2016 Olympics.

Stark is seeking advice on how to tailor the event to properly include gender diverse competitors and ensure it is “psychologically and physically safe”.

Boxing Australia was not among the eight Australian sports federations, including those of tennis, rugby union and Australian rules football, who last month issued guidelines for the participation of transgender athletes in competition. But Stark said it had “gone one step further”.

“This is real leadership from the peak body of boxing,” he said. “It’s about the wider boxing community and LGBTQI community coming together. I think there will be straight people participating in the championships – we say we’re straight-friendly. Inclusivity is not just for the LGBTQ+ community, it has to be for everybody.”

Homophobia in sport is still a global problem.

In a 2015 study, initiated by the Bingham Cup and a coalition of other sporting organisations, 80% of respondents said they had witnessed or experienced homophobia in sport and 75% believed an openly gay person would not be safe as a spectator at a sporting event.

Research released in August found the use of homophobic language is drastically reduced at sporting clubs which engage in pride games, proving diversity-themed events can have a positive impact.

In sanctioning the championships, Boxing Australia pledged in a statement to “assist with the development of the boxing program, giving consideration to people new to boxing and experienced boxers enabling straight, gay, lesbian, bisexual, trans, gender diverse, intersex and non-binary people to safely participate”.