A beginner’s guide to Mastodon, the Twitter alternative that’s on 🔥 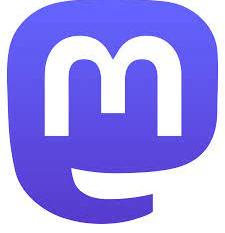 If you’ve heard the word “mastodon” a lot since Elon Musk took over Twitter in late October, here’s why: The extinct mammal is also the name of a relatively small, formerly little-known social network that has skyrocketed in popularity, as many Twitter users try it out as an alternative for connecting with others online.

Mastodon lets users join a slew of different servers run by various groups and individuals, rather than one central platform controlled by a single company like Twitter, Instagram, or Facebook. While all of these social networks are free to use, Mastodon is also free of ads. It’s developed by a nonprofit run by Eugen Rochko, who created Mastodon in 2016, and is supported via crowdfunding, as well as by individuals and groups who operate servers.

Users have been fleeing Twitter for it in recent days or at least seeking out a second place to post their thoughts online as the much more well-known social network faces layoffs, controversial product changes, an expected shift in its approach to content moderation and a jump in hateful rhetoric.

In a Mastodon post late Sunday, Rochko said the social network gained 489,000 users in the less than two weeks, and now boasts over one million active monthly users. (For perspective, Twitter reported in July that it had nearly 238 million daily active monetizable users.)

I am one of these Mastodon newcomers, trying it out of curiosity and because Twitter has felt increasingly toxic over time. In my little corner of the decentralized social network there’s been a frenetic, almost party-like vibe for days as more people arrive and longtime users offer tips and answer questions. It’s fun and energizing, and, frankly, feels a lot like the early days of Twitter.