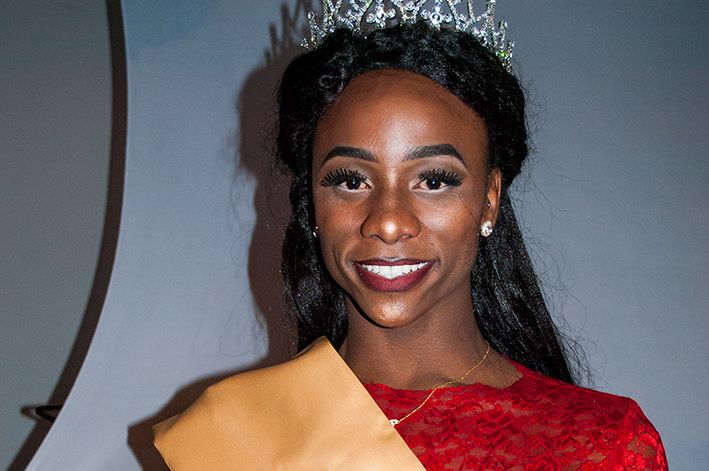 Crystal, who identifies as gender fluid, wowed the audience and the judges with her beauty, poise, spectacular outfits and passion for making a difference in the gay community.

“The fact that I won hasn’t really sunk in yet,” says a delighted Crystal, after beating out 11 other contestants to take the coveted crown. This was her third time entering the pageant, Gauteng’s most prestigious drag competition. In her first attempt she did not make the finals and in 2017 she was chosen as 1st Princess. This year, she finally achieved her dream of winning the title.

“I told myself that I really wanted this crown and I decided to work really hard for it,” says Crystal, who credits her drag mentors for her success. “I learned a lot from the previous Queens and other contestants. They taught me so much and guided me to get where I am today. I became a better me and went for what I wanted.”

Crystal was so committed to winning that she even designed and made her own outfits for the pageant, which include a stunning red lace ballgown. “I’ve always loved beauty pageants and I’ve always loved looking beautiful,” she explains. “I had to prove to myself that I am what I say I am. I also wanted to be an inspiration to others in the community.”

Asked in what area she plans to make an impact as Miss Gay Jozi, Crystal replies: “I really want to focus on bullying. I went through a lot of bullying in high school for being gay. They would pick on me, push me around, steal my food… It was a lot. So I would love to go and visit schools and be a motivational speaker to kids; for them to stop bullying and to start accepting other gay kids.”

And her message to gay youth who face harassment at school? “I would tell them: Don’t care what other people say about you because that’s their business. Never stop focusing on yourself. Set your goals and everything will eventually be okay.”

Now in its sixth year, Miss Gay Jozi is a celebration of gay culture and the art of drag. With the theme of ‘Back in the Habit’, the 2018 show featured a number of performances by drag and other artists who highlighted religious intolerance towards gay people. The night’s proceedings were hosted by the gorgeous and feisty MC, Lala Lecage. In addition to Crystal, the top three finalists included Fezile, the 1st Princess (and Miss Personality) and Ntokazy, the 2nd Princess.