The Gay Pages was founded in 1994 and since then remained the most recognisable brand name in the gay community of South Africa. Our top-quality printed magazine is a trendy, beautifully designed publication, and speaks to the entire community of gay men in terms of riveting feature content as well as anything a gay man might need to live in style. Digitalisation since almost two years ago means we reach a global audience, which from a travel perspective adds significant value.

The upmarket 27-year-old Gay Pages is the only South African glossy gay magazine with comprehensive national distribution, including CNA, Exclusive Books, Spar, selected airport lounges, and hotels, to name just a few. Many premium brands advertise with us, as the affluent, brand loyal gay consumer segment is a highly sought-after target audience. Our focus on travel, lifestyle and luxury products has made Gay Pages a household name and popular with international tourists.

Our annual large format collector’s edition of the Gay Pages, the Special Collector’s Edition is on sale during February as a stand-alone annual fifth edition.

We offer the best visibility and the longest shelf life due to the useful business directory at the back of the magazine that features a diverse range of over 120 services. Our readers use the business directory extensively and most of the advertisers have been with us longer than 5 years. These ads vary in size from half pages to listings. Full page advertisements always appear in the first half of the magazine. All advertisers are listed free on our popular website www.gaypagessa.co.za. Banner advertisements cost R2800 plus VAT per month. 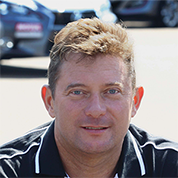 Rubin van Niekerk, spent 6 years in HR after graduation and then changed direction significantly as a marketing and business consultant who founded The Family Business, South Africa’s first gay business association that was launched in Johannesburg in June 1992. This became the official birth of the Pink Money Campaign in South Africa, which consisted of many fabulous fancy dress cabaret shows and business brunches before the newsletters evolved into the Gay Pages with Gabriel Janse van Rensburg’s newly learned graphic design skills. Our first edition was born on 10 December 1994.

It was a turbulent period and although the cold war had just ended, South Africa was dealing with major political shifts. Business confidence was declining, and entrepreneurs had to evaluate the changing landscape carefully. A slow exodus of talent from South Africa had started and gradually accelerated. The ease of migration of skilled people all over the world, is one of the most important phenomena of our time. People vote with their feet.

A problem that we have still not solved in South Africa due a lack of business sense and the inability to remain competitive.

Internationally the Pink Money Campaign highlights the importance of networking and stimulating entrepreneurial spirit globally in the gay community. It also emphasises the need to support gay businesses and encourage gay businesses to create job opportunities for gay people. Few gay people have not experienced discrimination in the workplace and are often pressurised until they resign. Fortunately, urbanised society is becoming more accepting and more people are coming out of the closet at younger ages. Some Multi-national companies like Shell and Mercedes-Benz have developed highly enlightened company policies to create a friendlier LGBT environment that does not tolerate discrimination.

Rubin created the Gay Pages to provide a public platform where we can network and develop our entrepreneurial skills. This helped significantly to educate the public regarding the economic and social importance of gay people who contribute to society.

Globally, various gay networks flourished, emulating the Pink Money Campaign concept. In hindsight after 29 years, it seems that the older an active network gets, the more successful it tends to become. Some overseas networks are much older and are still growing, notably anything connected to travel.

Harry Hay started the first documented gay business network in 1950, called the Mattachine Society in Los Angeles, making him the great-grandfather of Pink Money in the US. This laid the foundation for the Advocate that was born in September 1967, making it the world’s oldest gay magazine.

Underlying this exuberant exhibitionism was a deep feeling of belonging and conviction that the dark days of persecution were done. Two years later, on our second birthday, Nelson Mandela signed the birth of our constitution, signalling a new era of freedom. A Rainbow Nation honeymoon followed, where South Africa became the darling of the world due to Mandela’s charisma and our enlightened constitution.

This euphoria prevailed for more than a decade and we all adored to be admired by the world. Darker days followed, but South Africa remains on the world’s gaydar, as can clearly be seen by the growth in gay tourism to South Africa. Covid neurosis has done enormous damage to tourism globally and 2020 has reversed all the growth in South Africa as well.

Rubin has a great passion for cars and is the President of The South African Guild of Motoring Journalists. He has served for ten years as a Juror in The South African Car of the Year competition which has enjoyed global recognition for excellence since 1986. He has been honoured to also serve as the Head Judge for the Mr Gay World competition for three years. 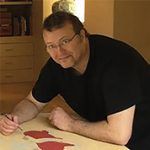 Travel, art, healthy food and all the finer things in life fuel Alan’s passions. When not hard at work at Gay Pages, he enjoys painting, sculpting, making silver jewellery and reading non-fiction. An inveterate bargain hunter, you’ll often find him tracking down his next big find at auctions, flea markets and second-hand bookshops, which means he needs a bigger house. 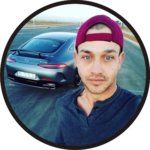 Shawn is an entrepreneur, owner and creator of Brand-Me, a signage and screen-printing company. A passionate fitness and obstacle course race enthusiast, and a self-development fanatic always up for personal challenges, he is an avid motoring enthusiast, spending his days speaking and writing all things cars. He’s unable to function without coffee.

Our décor and design guru, Jean-Pierre has his finger properly on the pulse. As a publicist and talented interior designer, he is well-placed to search out the latest talent and trends. From the must-haves to the must-sees, Jean-Pierre always ensures that our décor pages are packed with inspiration. 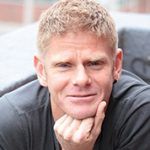 Raised with a nomad’s instinct for wandering, Keith is a travel-addicted writer and author of international guidebooks. He’s hooked on Cape Town, where he lives.

Keith co-authored A Hedonist’s guide to Cape Town, and is a director of bespoke trip-planning company, Best Kept (www.bestkeptshhh.com). 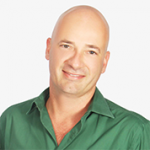 Jacques is a chemist, coach and consultant by day, but music makes his heart beat faster. He has been doing music articles and reviews for various publications over the past 15 years. His own music collection “sings” praises to a diverse taste ranging from Rachmaninov to Rammstein to Rihanna. He is also an amateur music composer and fitness instructor. 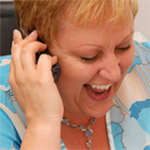 Michelle has been a contributor for many years and is known for her lifestyle contributions and car reviews. She owns her own business printing t-shirts, making special outfits for horse riding competitions and can bling anything you like. Michelle’s exuberant personality and sharp sense of humour sows hilarity wherever she goes. She is mad about her dogs. 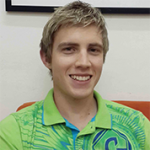 I am passionate about the natural world and have an MSc from Wits University in Zoology and Environmental Science. I currently work in the retail sector where I focus on ensuring that products come from sustainably- and responsibly-managed sources. Whenever I get a chance, I love to travel (next is Angkor Wat), visit the theatre or just potter around the garden. 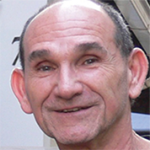 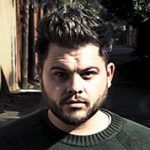 Luke Hackney has taught Visual and Dramatic Arts for the past 11 years. He holds degrees in Fine Art, Education and attained a Master’s degree in Art History in 2016. He is a campaigner for LGBTQ rights in the schools where he teaches and gives a voice to pertinent LGBTQ issues through his art and writing. 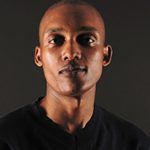 Zamo Mthethwa is a content maker. His writing has appeared in various print publications. A writer by day and reader by night. Zamo makes his home in Mpumalanga with his family of two cute Pomeranians – Blossom and Bonita, – a large undisciplined garden and a growing number of incomplete home DIY projects. 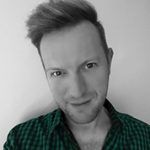 Nolan Krull is an English teacher, blogger and pop culture enthusiast with a passion for writing, travel and music. He was awarded a Fulbright scholarship to complete his Master’s at the State University of New York and now calls Cape Town home. 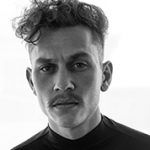 After ten years of experience in musical theatre, Reg moved on to pursue his passion for fashion and art direction. Styling well known celebrities and starring in his own makeover television show, all whilst art directing major national and international commercials. Now, he is the creative director and in-house stylist of INJULY – a fashion house in Linden JHB. 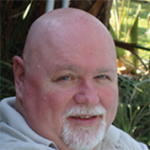 Neal McKenna is a Canadian novelist, magazine writer and editor. He is based on the far side of the Boerewors Curtain, in Pretoria. Lately, life in the ’burbs has been conducive to creativity; and he has begun fiction writing again. This time, he’s giving gay male erotica a go. He shares life with his partner, Navin, his dog Bonnie, and three cats Calista, Sophie, and Tux. 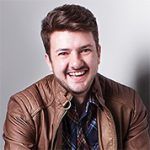 He has been a photographer going on twelve years now and says it gives him a means to express his point of view and create images that evoke a sense of wonder. Reinhard loves creating images that are a bit outside of the norm and always aims to make the viewer go “wow”. Photography is just as much a part of his being as breathing. 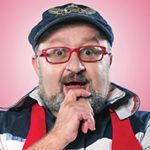 An an actor, comedian, writer, radio and TV host, director and painter. His breakthrough satirical play Hello South Africa/Hallo Suid-Afrika started his career in 1986. He has since staged numerous one-man-shows throughout the country, as well as in London, the Netherlands, and Canada. He also received the Comics Choice Lifetime Achievement Award in 2015. 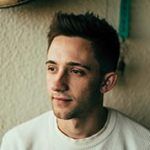 Ciaran is a short story writer, television scriptwriter and producer living in Cape Town. He is passionate about literature and the power it has to broaden people’s minds and perspectives, especially in relation to gay issues. He enjoys eavesdropping, good grammar and copious amounts of tea. 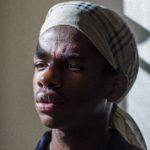 A writer first and everything else second. Currently, he is studying English, drama, and journalism and media studies at Rhodes University, Makhanda. Days and hours are spent reading, acting, writing, and attempting to live out his art. He has a passion for black queer narratives, and all the intersections they entail. When he isn’t studying, he lives in Maboneng. 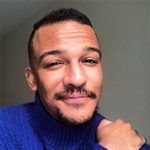 A fashion enthusiast and art director based in Johannesburg, Leeroy is a passionate individual exploring the different aspects of the digital world, from marketing efforts to new technologies. His career as an Art Director started when he became part of the Mastered: Art Direction Accelerators programme. 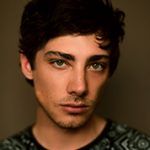 Johan started his career in the fashion industry in 2015 as content creator and photographer at BOSS Models Johannesburg. His eclectic approach to capturing people in their most glamorous state, has been the key component to his success. Capturing images for the likes of Demi- Leigh Nel-Peters – Miss Universe 2018 and South African super Star Bontle 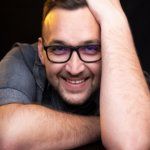 Bradley started his career as a freelance video editor and quickly moved on to be a well established entrepreneur. Based in Cape Town, he operates several endeavours, but his passion remains good wine and brand development in the SME market and hopes to own his own wine estate in the near future.