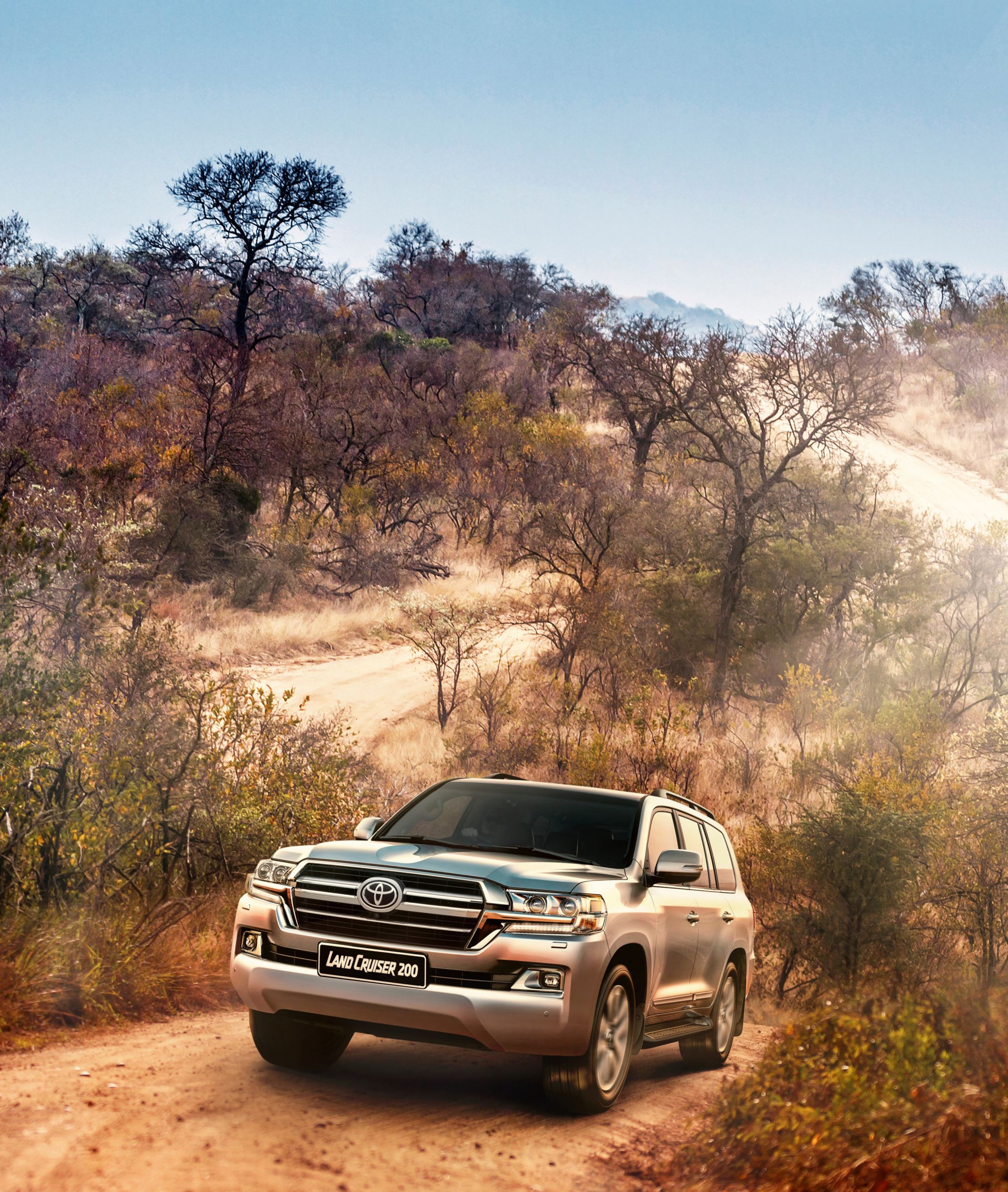 It was the first time that I had the opportunity to see why there is such a fuss about the updated Land Cruiser or the “Cruiser” as it’s known to its large fan club.

Known for its ability to be great on the open road, we headed to North West, towards Botswana and Madikwe Game Reserve. The roads there used to be terrible, so it made sense to me to go with something sturdy. Consequently, the vastly improved roads from Magaliesburg to Zeerust was a pleasant surprise. Even more so was the lack of traffic, both there and back. Driving to the reserve in supreme comfort was a treat, as this SUV really excels on the open road and overtaking is bliss when you have such a commanding seating position and 195kW. This massive vehicle weighs 2 600kg, but its capability to move briskly once on the go is impressive. You feel almost untouchable and it seems to glide rather than drive. The kind of sensation that you only experience in the best premium cars.

Land Cruiser’s conservative demeanour belies its many hidden talents. The off-roading prowess of this beast is legendary, especially its ability to cross any obstacles with ease and great comfort. It uses a Multi-Terrain Select (MTS) system with differential lockers for the centre and rear differentials, while Toyota’s KDSS system controls the stabiliser bars to keep the wheels in contact with the ground. Unfortunately, we were unable to experience all these features at the Tau Game Lodge, as private vehicles are not allowed to drive in the reserve, other than when driving to the camp. Fortunately, we did briefly drive off-road on the way there. The superb suspension deserves mention as probably the smoothest we have experienced, other than with vehicles like the Lexus LX 570 or the G-Class.

Known as the unquestionable conqueror of the wide-open spaces of Africa, the Land Cruiser with its legendary off-road credentials remains a top-seller with about 100 units per month. Featuring a rugged ladder-frame construction and a robust V8 diesel, the Land Cruiser is a key player in the larger SUV segment. Cosmetic changes are mostly at the front of the vehicle where a new grille design flanked by two smoked treatment BI-LED headlamps enhances the aggressive visual prominence.
The headlights include Auto High Beam functionality with super bright LED illumination and Daytime Running Lights (DRL). An endless list of standard features includes Blind Spot Monitoring, an integrated tow hitch, 3-zone climate control, cool box, Multi-Terrain Select and every driving aid you could wish for. 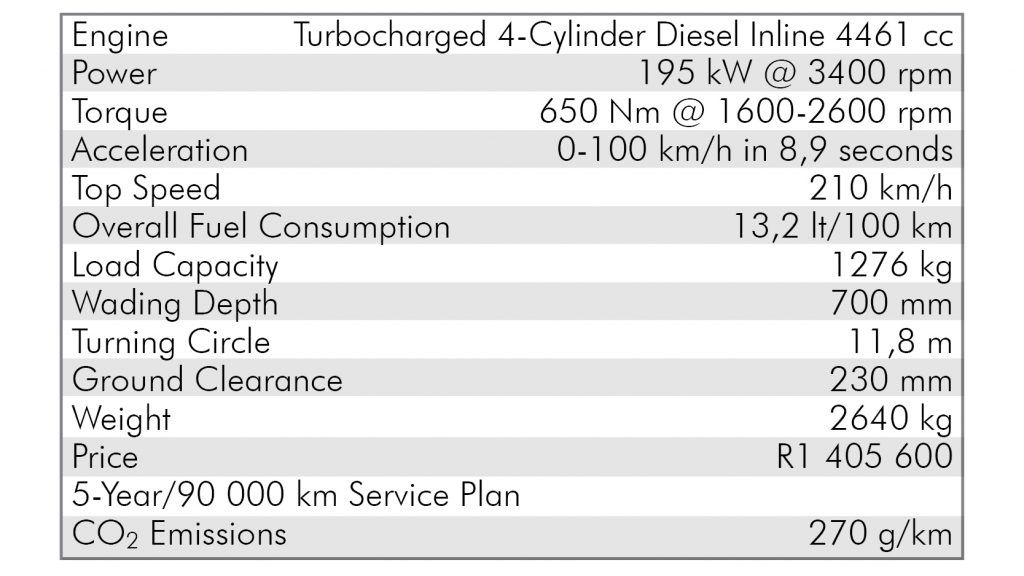 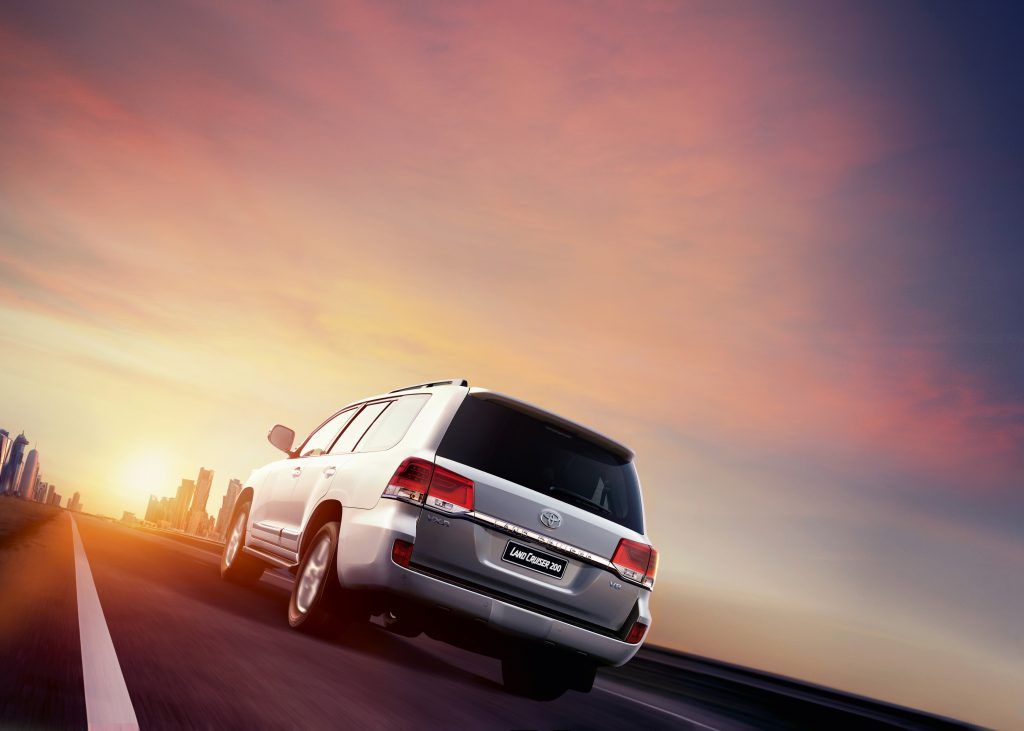