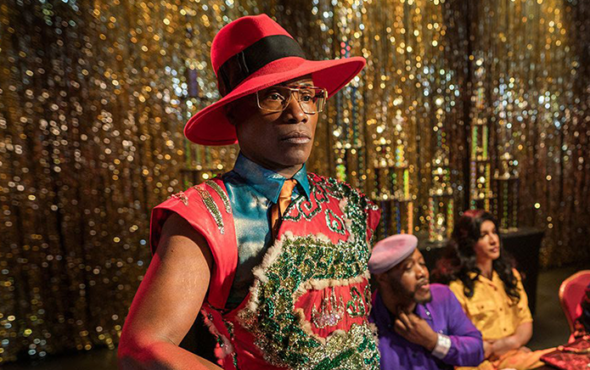 Billy Porter has issued a statement following the controversial snubs for Pose at the 72nd Primetime Emmy Awards.

Earlier this week, the star earned his second consecutive nomination for Outstanding Lead Actor in a Drama Series following his historic win last year, which saw him become the first openly gay Black man to win in any leading category.

While Porter’s performance as Pray Tell has continued to receive widespread praise from fans and critics, and indisputably deserves all the accolades, the Academy were blasted for failing to nominate any of the trans talent from the trailblazing series.

Indya Moore – who plays Angel Evangelista – tweeted: “I cNt tell nobody I deserve their sht. I didn’t invent the academy or any of the award shows. If they think my work is unworthy Chile that’s just that.”

She also reposted tweets from Racquel Willis, an LGBTQ+ activist and writer, who accused award ceremonies of only uplifting cisgender entertainers.

“You’re telling me that a cis actor is the only one worth nominating or elevating on a show that centers the Black trans experience?” she said.

Angelica Ross – who earned critical acclaim for her role as Candy Ferocity – uploaded an emotional 16-minute video on Instagram, where she opened up about how “tired” she is of seeing transgender actors being snubbed in the mainstream.

”I want you to know from the jump that these tears are not about an award or a nomination,” she said. “Ultimately, I need y’all to understand that I’m so tired – those of you who know me know I’m not just working on screen or behind screen.

“I’m working around the clock to get our society to value trans lives and Black trans lives. I feel what I feel because I feel there is nothing we can do.”

Following uproar on social media from fans, Porter said on Instagram that he had “conflicting thoughts” about the Emmy nominations.

“A record number of Black actors received #Emmy nominations this year, myself included. For that, I am grateful,” he wrote. “I have been doing this for a long, long time. It has taken me 30 years to get recognized for my work.”

The actor, who also has a Tony under his belt, said winning his first ever Emmy Award at age 50 was “inconceivable” to him, and that he knows the “pain of being overlooked so well.”

“When I look at my Emmy win last year, I see the exuberant joyfulness in the faces of my #Pose family,” he continued. “MY win is THEIR win. And just as we share in each other’s happiness, we all share in each other’s pain. For me, @poseonfx lives at the intersection of art and activism and that is important to me.

“But I am keenly aware that for my SISTERS – it is much, much deeper than that. This is the story of their LIVES.”