Fascinating reconstruction of ballroom history shows change over a century. 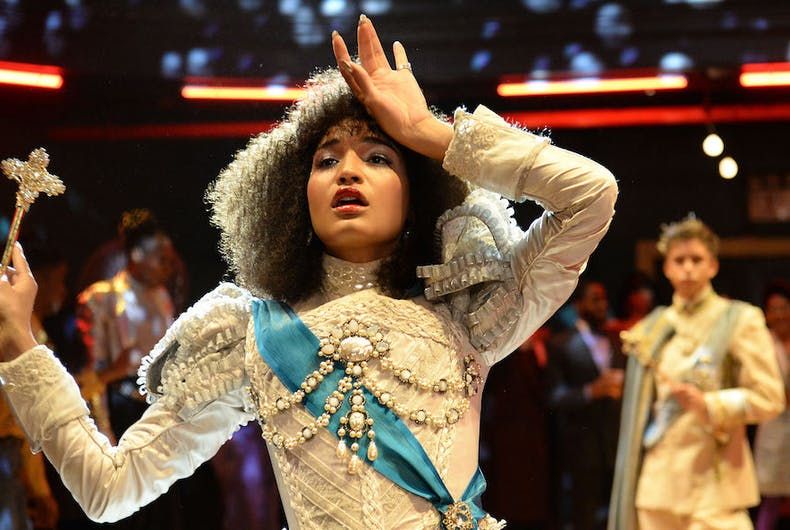 You’ve probably seen glimpses of New York’s ballroom, vogue, and drag scene in documentaries like Paris is Burning, Kiki, and The Queen.

But that history goes back much further — at least a hundred years — and by combining newly-restored footage from those documentaries and more, it’s possible to reconstruct that history and ask: After generations upon generations of ballroom, how much has changed … and how much is exactly the same as it was a century ago?

That’s the question I set out to answer on this month’s Culture Cruise, my YouTube series investigating LGBTQ milestones from TV and film that changed the world. In the past, I looked at The Queen, a documentary from 1968, and Paris is Burning from 1990. And when they’re combined with other docs like 1967’s Queens at Heart and 2016’s Kiki, a portrait of a community begins to emerge.

The most recent of those documentaries, Kiki, is particularly vital since it includes a recreation of The Rockland Palace, where drag balls were held a hundred years ago. Kiki is also rare in that it’s a documentary made by people who are actually in the ballroom scene, rather than by outsiders looking in, and in so doing it captures a newer offshoot of ballroom.

What’s more, Kiki reveals a remarkable shift in family acceptance over the years. A half-century ago, documentary subjects talk openly about how their families would kill them if they knew what they were doing; today, many of the biological families express support and approval.

That support, both from biological and chosen family, plays a major role in the freedom of people in the ballroom scene to express themselves freely, particularly for transgender people.

When Queens at Heart was made, trans-affirming care was virtually unheard of, but the interviewees are still clear that it’s something vital to their wellbeing. In Paris is Burning, 25 years later, some of the subjects express relief that they’ve found a way to transition. And in Kiki, many of the documentary subjects find that the ballroom community made it possible for them to live authentically for the first time.

Because Kiki was made by people within the ballroom scene, it’s easier to have confidence that the subjects are being depicted accurately. I still love Paris is Burning, The Queen, and Queens at Heart — each one is a vital record of an important culture that might otherwise have been invisible to the mainstream. And Kiki provides a glimpse into the future of ballroom being created today by the youth who are standing on the shoulders of giants.

Just a few decades ago, speaking openly about being queer could get you arrested, hospitalized, or even killed. It’s so inspiring to see that now, people within the ballroom community have the means to document their own lives. From a hundred years ago to today, that might be the biggest change of all.

PrevPreviousSA’s tax loss due to lockdowns exceeds value of IMF and AfDB loans combined
NextGay Celebrities, who is out?Next