YOU HAVE NOT BEEN ASSIMILATED 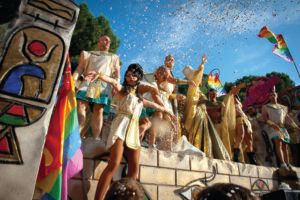 Recently a young, straight ‘marketing specialist’ raised my ire by stating that the gay community has been fully integrated into straight society and therefore magazines – and by the same token, websites and other media catering to the gay and lesbian market – are completely redundant and irrelevant. In fact, this statement made me see red and I probably turned a vibrant shade of puce.

So I thought I’d take a look on the web to see what is really going on worldwide, just to set the record straight, so to speak…
It shouldn’t come as a surprise that there is a strong growth in events catering to gay men or lesbians only. Guys all over the world are seeking out their own kind and there is a strong pushback against what is seen as the invasion of gay spaces by heterosexuals – often scores of shrieking females out on a bridal shower booze-up.

Nude bars, for instance, are mushrooming (pun intended!) all over Europe. And don’t think these bars are sleazy. Some no doubt are, but most offer excellent entertainment and a safe space to be with friends and make new ones. All shapes and sizes are catered for and with the ice being broken, people can just be themselves. Europeans are much more relaxed about public nudity than the Americans, or the Brits, or we ever will be.

All-gay cruises are booked months, and in some cases, years in advance. We have friends who go regularly and they claim it is the best fun you can have by far. It doesn’t take much to imagine the all-out fun and mayhem that can only result from having a bunch of guys on a boat with no females in sight. Yes it can get raunchy, but most people go in groups or as couples. One of the most successful gay cruise companies is RSVP Tours. They offer all-lesbian cruises as well, but they are nowhere near as popular as the men-only trips.

Pride events and circuit parties are attracting record numbers of attendees, with events such as Europride annually drawing crowds of well over a million. We went to Amsterdam Pride a few years ago and it was electric. Sure, the entire city turns out to watch the parade, but the parties were gay as can be.

On local soil, Cape Town Pride is well supported whereas Jo’burg Pride sadly has fallen out of favour, basically due to bad management and no communication. The Pink Loerie seems to have slipped in attendance and hopefully they will be able to regain their erstwhile popularity. Events such as these can certainly not be considered mainstream by any stretch of the imagination. The annual MCQP is a queer celebration second to none and open to all. Just imagine how boring it would be if it lost the ‘Queer’ part of its name and become something like the Mother City Straight Accountants’ Project…

We need the company of likeminded souls. We feel safe among our own kind and we don’t have to pretend to fit in with societal norms. That’s what always appealed to me, as a gay man – there are no rules. Why get married and have children? I couldn’t think of a life more ordinary than that! But, I am of an older generation. Being gay to me, and many others means being free. Free to choose to live my life exactly as I please, while not harming animals and frightening small children, of course. I can go to a fancy restaurant with my straight friends and ‘fit in,’ or I can be amongst my own kind and ‘fit in’ too. But I have most certainly not been assimilated Borg-like into mainstream society.

While we are persecuted and reviled by nations such as Russia, all over the Middle East and most African countries, no one can claim that we have become part of the mainstream. Sure, we can marry in some countries, and adopt or have children with a surrogate or best female friend, but we have not yet joined the obscure suburban middle classes, nor have we become invisible. Even my friends who have married and are raising children still enjoy going out with gay friends, visiting the few remaining local gay venues, and some still make the odd trip to Voëlkop.

When it comes to advertising to the gay consumer here in SA, large companies like KLM, Mango, Hirsch’s, 1Life, Renault, Ford, Rolls Royce, Jaguar, Sheraton and others – all of whom can be considered mainstream – have broken the mould and created adverts specifically for the Gay Pages. True, some of them advertised a long time ago, but they are remembered. These companies recognise that we are different and that’s why I support them wherever possible. They have taken the time to tailor their campaigns to include people like you and I. KLM has for years featured opposite our international events pages. They know we love travelling and they are making it known that we would be well looked after aboard any of their flights. These companies give us a nod saying, “we see you, and we’ll make sure you are well looked after.” And they follow up on that promise.

Rest assured, we have not been assimilated. Not by a long shot and probably never will be.

Next time a so-called ‘marketing expert’ decides to expound her or his erroneous theory in my presence, I’ll refer them to this article and also to www.communitymarketinginc.com.

And that, perhaps, is the crux of this story. We are different. Society still perceives us as such, and will for some time to come still. Perhaps we will truly be assimilated in centuries to come when not one LGBTI person is murdered or mocked for having been born differently. Until such time, we will still seek out the company of our own kind, for friendship, for camaraderie, for advice, and for love and acceptance.

Enjoy living this colourful life. Be larger than life, support your community and work at maintaining it. We are unique and that’s fabulous! 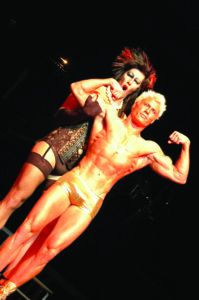 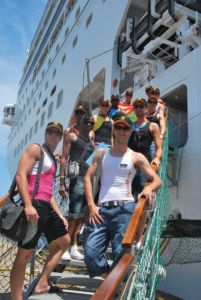 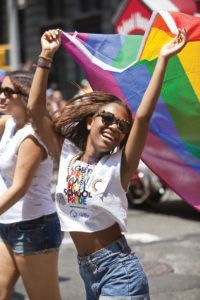 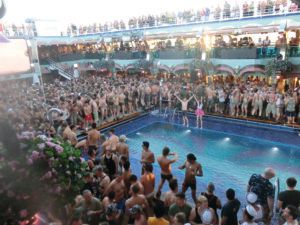 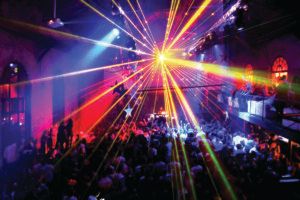