Esteemed scientists like Prof John Ionnidis was right about Corona being a ‘once in a century’ data fiasco. 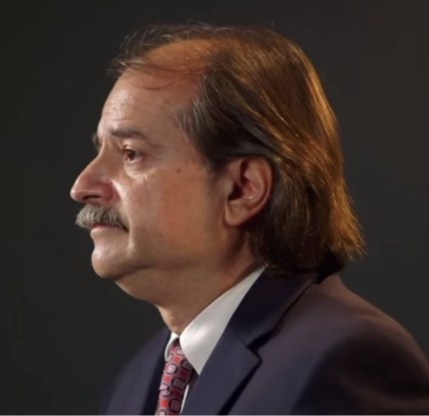 On Thursday, a Florida health official told a local news station that a young man who was listed as a COVID-19 victim had no underlying conditions.

The answer surprised reporters, who probed for additional information.

“He died in a motorcycle accident,” Dr. Raul Pino clarified. “You could actually argue that it could have been the COVID-19 that caused him to crash. I don’t know the conclusion of that one.”

The anecdote is a ridiculous example of a real controversy that has inspired some colorful memes: what should define a COVID-19 death?

While the question is important, such incidents may be just the tip of the proverbial iceberg regarding the unreliability of COVID-19 data.

In May, a public radio station in Miami broke what soon became a national story. The US Centers for Disease Control and Prevention (CDC) had been conflating antibody and viral testing, obscuring key metrics lawmakers use to determine if they should reopen their respective economies.

The story was soon picked up by NPR, who spoke to an epidemiologist who condemned the practice.

“Reporting both serology and viral tests under the same category is not appropriate, as these two types of tests are very different and tell us different things,” Dr. Jennifer Nuzzo of the Johns Hopkins Center for Health Security told NPR.

The Atlantic soon followed with an article that explained the agency was painting an inaccurate picture of the state of the pandemic. The practice, the writers said, was making it difficult to tell if more people were actually sick or had merely acquired antibodies from fighting off the virus.

Public health experts were not impressed.

“How could the CDC make that mistake? This is a mess,” said Ashish Jha, the K. T. Li Professor of Global Health at Harvard and director of the Harvard Global Health Institute.

In some ways the “mess” was no surprise. Two weeks earlier, Dr. Deborah Leah Birx, the White House’s coronavirus task force response coordinator, reportedly ripped the agency in a meeting, saying “there is nothing from the CDC that I can trust.”

Birx’s concerns about the CDC’s data did not alleviate concerns of data manipulation. The New York Times speculated that perhaps the agency had sought to “bolster the testing numbers for political purposes.” The Texas Observer wondered if the state was “inflating its COVID testing numbers by including antibody tests.”

Considering President Trump’s sometimes comically inaccurate boasts about America’s testing prowess, perhaps such questions were not unjustified. The many people who spoke to the Times said the answer was simpler, attributing the flawed system to “confusion and fatigue in overworked state and local health departments.”

If data manipulation had been the motive, the architects of the ploy were in for a rude awakening. Testing numbers did soar, but so did case numbers; the surge in late June and throughout July spawned new fears of a second wave and more lockdowns and more charges that America was botching the pandemic. (The surge was the result of both increased testing, including antibody testing, as well as a resurgence of the virus.)

Tensions between the White House and its own agency boiled over last week when the Trump Administration stripped the CDC of its role in collecting data on COVID-19 hospitalizations.

A Data Fiasco of Historical Proportions?

It’s hard to read the drama, incompetence, and confusion without thinking about Dr. John Ioannidis, the C.F. Rehnborg Chair in Disease Prevention at Stanford University.

In a March 17 STAT article, Ioannidis warned the world was looking at what could turn out to be a “once-in-a-century evidence fiasco.” He worried central planners were making sweeping and reflexive changes without sufficient data.

Locking people up without knowing the fatality risk of COVID-19 could have severe social and financial consequences that could be totally irrational, Ioannidis warned.

“It’s like an elephant being attacked by a house cat. Frustrated and trying to avoid the cat, the elephant accidentally jumps off a cliff and dies,” said Ioannidis, one of the most-cited scientists in the world.

In one sense, Ioannidis has already been proven right. The models on which lockdowns were initiated have already proven astronomically wrong. But that was hardly the only example.