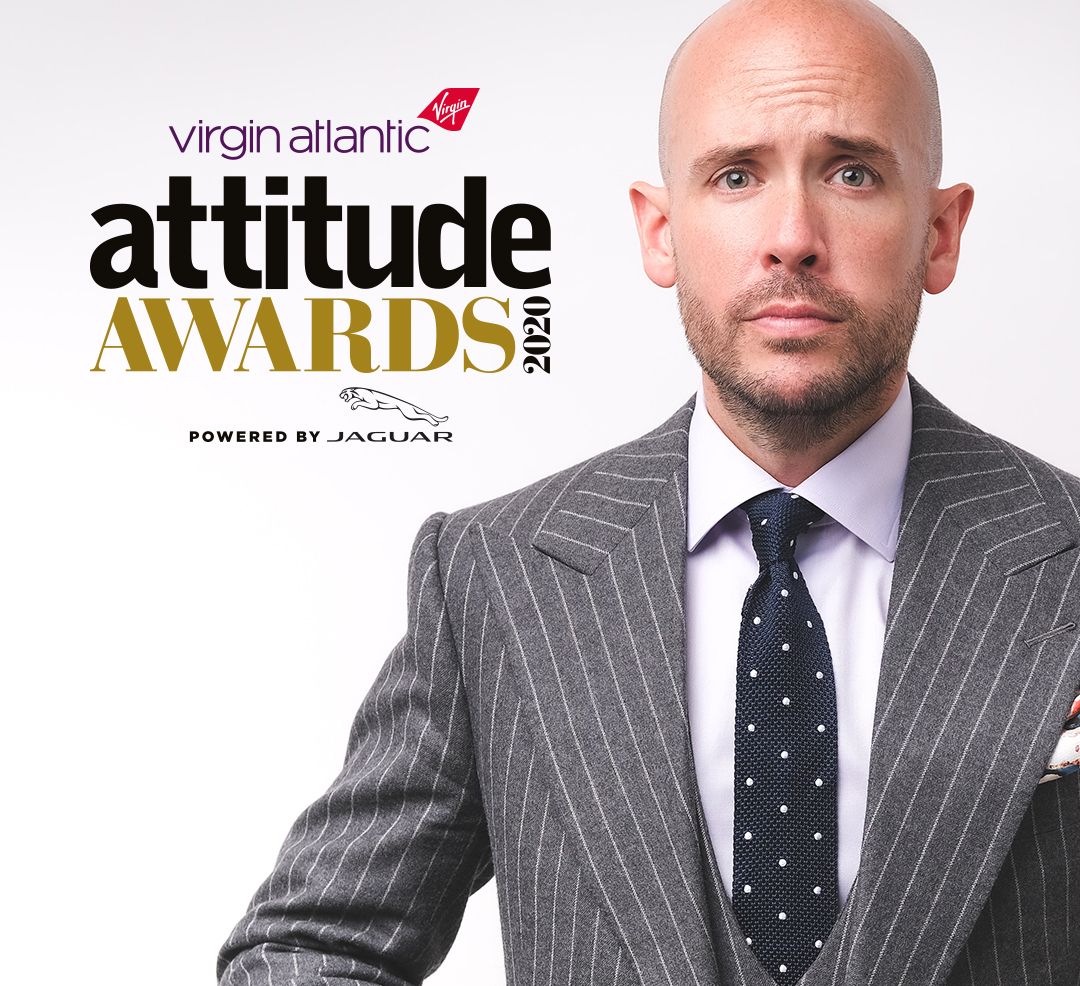 The ninth annual Virgin Atlantic Attitude Awards, powered by Jaguar, will move from the physical to the digital for 2020 – with a broadcast ceremony hosted by comedian Tom Allen on Tuesday 1 December, World AIDS Day.

Under Government restrictions around indoor gatherings, in place or envisaged by the year’s end, it would prove impossible to seat the traditional 650 guests in black tie at the Awards’ spiritual home, London’s Camden Roundhouse, but thanks to the unwavering support of long-term partners Virgin Atlantic and Jaguar the show will go on!

And why would it not? The Attitude Awards honour the best of the LGBTQ community, highlighting heroes and role models that remind us that a place on the rainbow spectrum is no barrier to being the very best we can be.

And in a world that is not always kind, or as quick to embrace diversity as it should be, the power of the world’s biggest LGBTQ media brand shines a bright light into otherwise dark places.

New for 2020 will be a 90-minute Attitude Awards show hosted by Tom Allen – broadcast at YouTube and elsewhere – featuring stories and speeches from 15 award winners to be revealed on the night, following in the footsteps of the previously-anointed Cher, Kylie, Sam Smith, Ricky Martin, Boy George, Dame Joan Collins and Sir Ian McKellen, to name just a few.

And there will be no less than six extraordinary live musical performances recorded exclusively at the Roundhouse for the Awards, plus unique insight into the work of the Attitude Magazine Foundation – the Awards’ charity beneficiary that has raised and distributed more than £250,000 for LGBTQ causes since 2018.

All viewers will be able to participate in a Grand Prize Draw to win Virgin Atlantic flights and an extraordinary Jaguar experience, to win prizes across social media and online by participating the show, and to buy – ahead of time – a unique Attitude hamper to kick-start the ultimate watchalong party.

The Attitude Awards is the LGBTQ night of the year, and 2020 will be no different. Watch this space for more details…