WHO finally admits that Lockdowns are a global catastrophe that does massive harm to especially the poor. 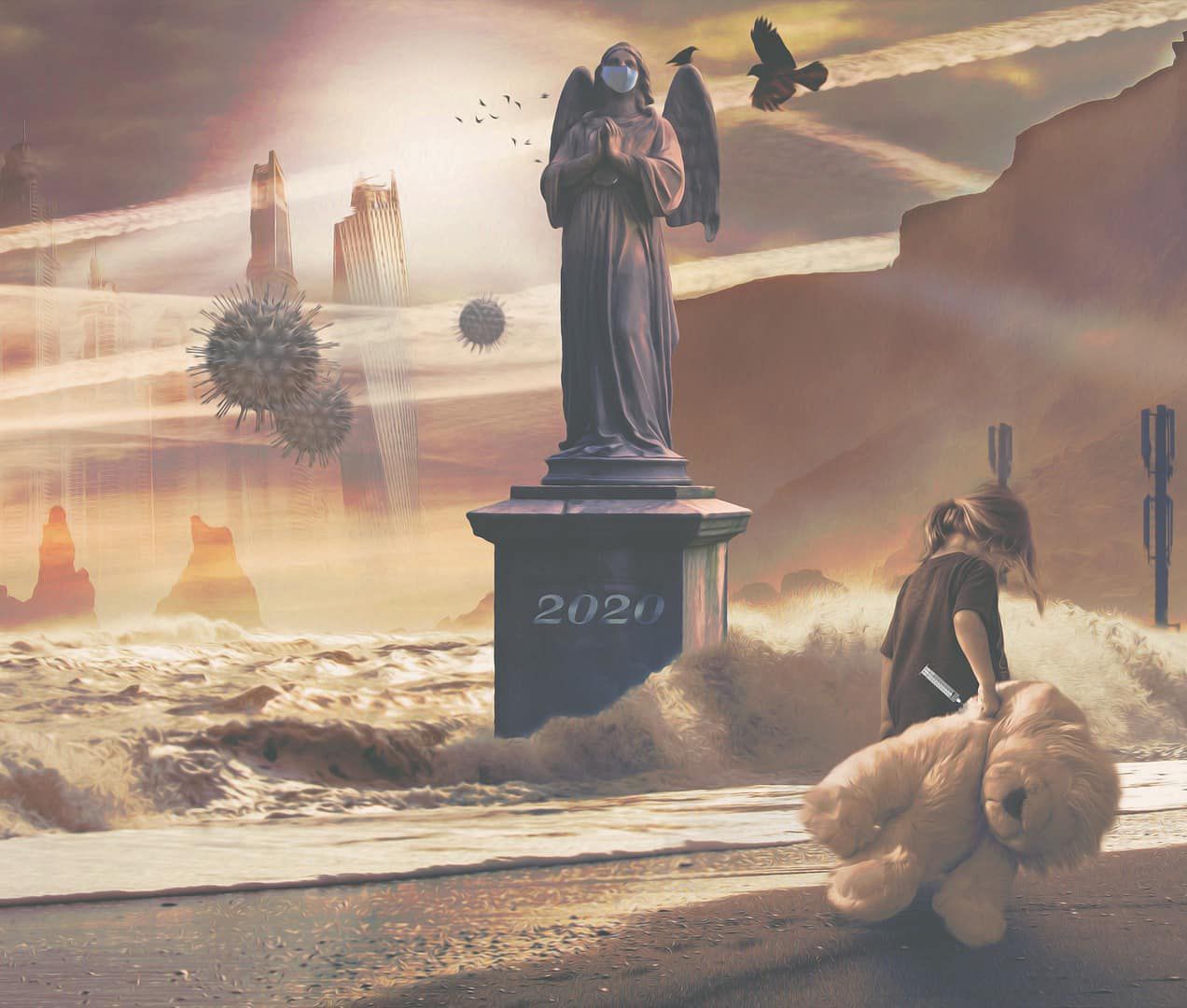 Prof. David Nabarro, the world’s highest-ranking expert on Covid-19, has said that the World Health Organisation (WHO) does not advocate lockdowns, since their only consequence is to ‘make poor people an awful lot poorer’.

‘We in the World Health Organisation do not advocate lockdowns as a primary means of controlling this virus.’

Prof David Nabarro dropped this bombshell in an interview with Andrew Neil for Britain’s SpectatorTV. Nabarro is the WHO’s special envoy on Covid-19, and directly advises the organisation’s director-general.

Throughout the pandemic, the WHO has implicitly endorsed national lockdowns, albeit with some reservations.

In June, for example, Dr Hans Kluge, regional director of the WHO in Europe, said: ‘Strict lockdown measures in the spring and early summer yielded good results. Our efforts, our sacrifices paid off.’

Now, it seems, things have changed. ‘The only time we believe a lockdown is justified is to buy you time to reorganise, regroup, rebalance your resources, [and] protect your health workers who are exhausted, but by and large, we’d rather not do it,’ Nabarro told Neil.

‘Just look what’s happened with the tourism industry, for example in the Caribbean, or in the Pacific, because people aren’t taking their holidays. Look what’s happened to small-holder farmers all over the world, because their markets have got dented.

‘This is a terrible, ghastly global catastrophe, actually, and so, we really do appeal to all world leaders, stop using lockdown as your primary control method, develop better systems for doing it, work together, and learn from each other, but remember lockdowns just have one consequence that you must never ever belittle, and that is making poor people an awful lot poorer.’

I could have written that

Nabarro’s opinion could have been written by any of our local anti-lockdown activists. It is exactly what I, and many others, have been arguing right from the start. While the initial three-week lockdown may have had some merit to buy time, sustained lockdown was an economic catastrophe, for very little, if any, gain in healthcare outcomes.

Doubling world poverty would undo 15 years of dramatic progress in the global fight against poverty. The vast majority of the world’s very poor live in sub-Saharan Africa. For African governments to exacerbate their poverty by imposing hard lockdowns is unconscionable. It pretty much guarantees that by 2030, Africa will be the only poor continent left in the world.

Nabarro said the key is effective testing, contact tracing and isolation of infected individuals, which is much like how we deal with any other contagious disease.

‘We’re saying we really do have to learn how to coexist with this virus in a way that doesn’t require constant closing down of economies, but at the same time in a way that is not associated with high levels of suffering and death,’ he said. ‘It’s what we call the middle path, and the middle path is about being able to hold the virus at bay, whilst keeping economic and social life going. We think it’s doable.’

Not only will we have to learn to live with Covid-19, but there are bound to be future pandemics of novel viruses that might be even more virulent or deadly. Surely we cannot shut down the world economy every time the world gets sick? After all, it is the economy that pays for our food, our shelter, and our healthcare.

Explaining what he meant by the middle path, Nabarro said:

‘The middle way is really trying to make certain that we put in place robust defences against this virus, so that if it does start to build up anywhere, we can catch it quickly and we can suppress outbreaks fast. To do that, we need really two (sic) things.

‘The second part of it is involving local actors as much as possible, because trying to deal with small spikes of disease is best done locally, it’s not best done from some central control centre.’

‘Thirdly, it works best if people are as on-side as they can be. That means really levelling with people and saying the only way we can do this is all of us pulling together. Physical distancing, face protection, hygiene, isolating if we’re ill, not going to work or off to the pub if we’re feeling rotten, and protecting those who are most at risk.

‘If we can combine those various steps, what we call ‘doing it all’, then we can get on top of it. That’s what East Asian countries have done. Germany is doing pretty well at it. That’s what parts of Canada are doing. That’s the approach we think should be adopted.

Nabarro’s comments align perfectly with that declaration, which expresses ‘grave concerns about the damaging physical and mental health impacts of the prevailing Covid-19 policies’, and argues that ‘[c]urrent lockdown policies are producing devastating effects on short and long-term public health’.

The declaration advocates fully reopening economies and letting those who are not especially at risk from Covid-19 resume their normal lives, albeit with sensible hygiene practices.

All three of the originators of the Great Barrington Declaration serve on the scientific advisory board of South Africa’s own Pandemics Data & Analytics. This group of actuaries and other experts challenged the epidemiological models upon which government’s lockdown decisions were based and argued – correctly – that lockdown would cause far more harm than good.

Starting with the Great Barrington Declaration, PANDA is determined to ‘forge ahead internationally to dismantle the dystopian “new normal” and reclaim civil liberties and appropriate public health responses’.

Two weeks ago, I critiqued a voluminous rant against ‘anti-lockdown performative pseudo-activism’ by Dr (but not medical doctor) Nechama Brodie. In it, she claims to find such activism ‘personally repulsive, beyond the bad science and the smug (and mistaken) confidence in their data,’ for nebulous reasons mostly to do with the race and gender of the activists.

One of her core complaints was that the activists in question, by which she meant the members of PANDA, were not true experts, and that we should instead listen to real experts, ‘doctors and scientists who have specific expertise in immunology, virology, public health, epidemiology, infectious diseases, bioinformatics, demography, disease modelling, and so on’.

PANDA has received the backing of highly respected international experts in exactly those fields. Nabarro, probably the world’s highest-ranking expert on the pandemic, has endorsed a similar line of reasoning.

One hopes that this satisfies Brodie’s need to defer to expert authority, and that she’ll change her mind. Hope springs eternal.