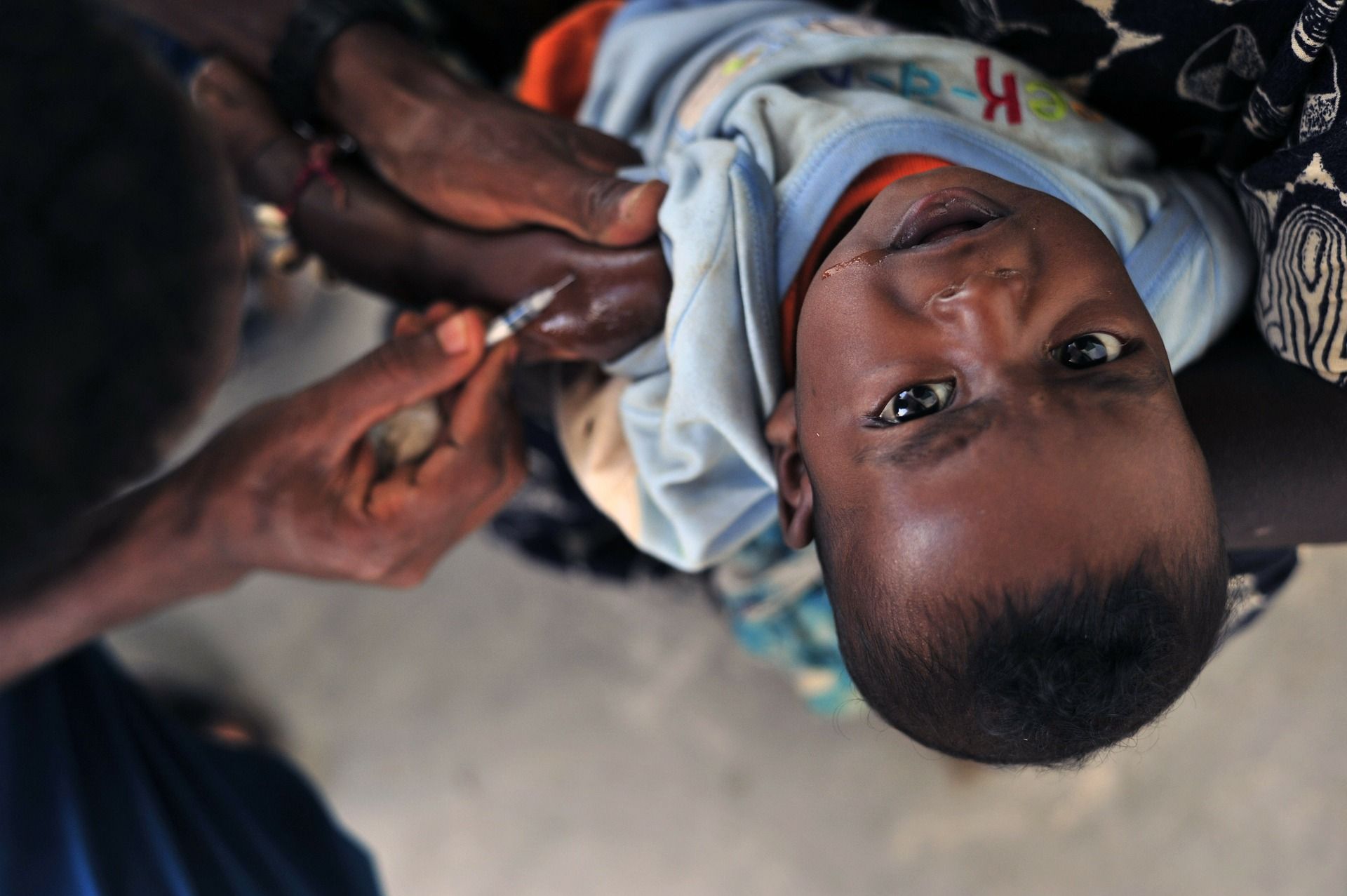 When Daily Maverick raised the spectre of a public health scandal to rival the HIV/AIDS treatment crisis, health minister Zweli Mkhize hurriedly gave a briefing on government’s Covid‑19 vaccination ‘strategy’. In it, he said nothing of substance.

In a series of hard-hitting articles, Daily Maverick laid into the government for failing to make adequate arrangements to roll out Covid‑19 vaccines in South Africa. It started with an editorial bemoaning the lack of information about the government’s vaccine strategy, in which it accuses the government of having failed in its Constitutional duties with respect to healthcare and accountability.

It followed this up with a demand signed by ‘South Africa’s Eminent Scientists’, which argues that South Africa has neither secured an adequate vaccine supply, nor does it have a plan for mass inoculation in the near future that can withstand scrutiny.

‘This lack of foresight will visit on us the consequences of the greatest man-made failure to protect the population since the AIDS pandemic,’ the scientists wrote, ‘when we refused to provide life-saving medicines out of choice and against the desperate pleas of horrified medical and humanitarian agencies here and abroad and directly caused the deaths of hundreds of thousands of people. A high probability of a reprise of this is a monumental and unforgivable failing.’

Another article, by the media non-profit GroundUp, reports on a letter to the Department of Health signed by thousands of healthcare workers, demanding urgent, transparent, and decisive action to implement a Covid‑19 vaccination programme without delay.

The gist of all these articles is that aside from signing up for a paltry 6 million vaccine doses from the World Health Organisation’s COVAX programme, government has done absolutely nothing to secure vaccine supplies.

President Cyril Ramaphosa said in his back-to-lockdown speech on 28 December, South Africa should only expect to receive vaccines via the COVAX programme in the second quarter of 2021.

The consequence will be that thousands of South Africans will die needlessly of Covid‑19 while we wait, and even then, only the most important people – healthcare workers and maybe members of Parliament – will get vaccinated.

The lack of a widespread vaccination campaign will not only kill South Africans by guaranteeing a third and fourth wave, but it will make the country a pariah in international tourism and business circles, leading to even deeper economic decay.

Last week, health minister Zweli Mkhize raised eyebrows with a statement on Twitter: ‘The vaccine is not a silver bullet in stopping the spread of #COVID19. Non-pharmaceutical interventions like wearing masks and practicing social distancing is still our best weapon to slow down transmission.’

He badly paraphrased Safura Abdool Karim, a young lawyer who works for the South African Medical Research Council, who had said: ‘Many South Africans believe the vaccine is a “silver bullet” to end the pandemic. We feel that is not true. The vaccine is not a short-term solution. People need to take responsibility when it comes to controlling the epidemic. It will take a long time for us to reach herd immunity using a Covid‑19 vaccine. Even if we roll out a vaccine tomorrow that will not be the end of the epidemic. So for the next year, NPIs will be our primary weapon to control the virus.’

By omitting any reference to how long a vaccination campaign might take, Mkhize was misleading South Africans, in the opinion of Wits vaccinology professor Shabir Madhi.

Madhi replied to Mkhize: ‘Covid vaccines are actually the much sought after silver bullet to bring the pandemic to an end unless we [are] willing to go through multiple waves of outbreaks. [Non-pharmaceutical interventions] are important to manage the spread of the virus – but does not deal with the [root] cause of susceptibility.’

It seems Mkhize was what they call in public relations circles ‘managing expectations’ about the rollout of vaccines.

The South African government appears content to wait patiently, while at least 30 countries have already begun vaccination campaigns. These include not only rich Western nations, but rollouts have also begun in Argentina, Mexico, Oman, Chile, Russia, and China.

Karim argues that the lack of access to vaccines in South Africa is simply a matter of poverty and blames capitalism.

She told The South African: ‘The one thing I would want to dispute is the idea that our situation is as a result of poor planning. The reason South Africa is not able to access the vaccine in the way the US and UK have is that we are not a wealthy country and that is a historic inequity. Poorer countries are always left behind when it comes to health interventions and that is not a result of our government not wanting a vaccine. That is a result of a system that prioritises profits over people’s lives.’

Mkhize himself said that the problem was one of ‘constrained resources’.

Yet the ‘eminent scientists’ dispute that South Africa is a poor country that cannot afford to buy vaccines.

India has secured deals for 2.2 billion vaccine doses, which is more than three times the 700 million reserved for the entirety of the COVAX programme. Brazil has secured 246 million doses, Indonesia has bought 225 million, Pakistan 88 million, Uzbekistan 70 million, Egypt 50 million, and Nepal will also receive 50 million doses. None of these countries are rich.

Besides, if South Africa can conjure up R10 billion to throw down the bottomless pit that is SAA, we can surely find the R10 billion or so that would be needed to procure vaccines for every South African. It is hardly a great fortune. More money gets stolen from taxpayers every week.

What happened to the principle that we cannot prioritise money over lives? Our dear leaders had no hesitation impoverishing the people by shutting down the economy, when they thought that might save lives.

Reacting with remarkable alacrity to the public outcry, given that it was still the New Year’s weekend, Mkhize put together a briefing to explain the government’s vaccine strategy, such as it is.

It turned out to be a whole lot of hot air. He used important-sounding words and phrases, like ‘urgency’, ‘all the South Africans, starting with frontline health care workers and the most vulnerable’, ‘made available quickly’, ‘targeting minimum of 67% of the population’, ‘expedite financing, sourcing and procurement’, ‘undivided attention’, and ‘working very hard’.

The problem is that they were ‘working very hard by following all the research and development that has taken place globally’.

Whoopee. So did I.

The question is what they did to actually procure vaccine supplies. The answer is nothing, other than twice missing payment deadlines for the COVAX programme.

Mkhize says there are ‘bilateral negotiations’, and they have ‘embarked on Public Private Partnerships’, and ‘have approached medical aids with to be part of (sic) the co-financing’.

So they’re haggling over prices and begging for money from the private sector, but they haven’t actually secured any supplies of vaccines at all, beyond the measly 6 million doses that we might get many months from now.

That will be enough to cover healthcare workers, but not all essential workers. It certainly won’t be enough to start vaccinating the elderly or people with co-morbidities, let alone two-thirds of the population.

The ‘plan’ Mkhize unveiled isn’t so much a plan, as it is a wishlist cobbled together (probably literally) on Saturday afternoon.

Mkhize said: ‘We are in sensitive discussions and at this stage are bound by Non Disclosure Agreements but we will make announcements as soon as negotiations are concluded and the NDA’s have been lifted.’

That’s a load of rubbish. He is not disclosing anything because there is nothing to disclose.

Buying vaccines is not some super-sensitive clandestine affair. We’re not proposing to buy nuclear weapons. Procuring vaccines is as simple as calling the sales offices of a few pharmaceutical companies and saying: ‘Hey, we’d like 50 million doses of your vaccine, please. How much, and when can you deliver?’

In the briefing, we were also told that South Africa chose not to take the risk of ordering directly from pharmaceutical companies, because that would commit funds that would be lost if those companies could not produce a vaccine that cleared the approval process.

That’s also nonsense. When you buy something, you pay upon delivery. If you prepay and the delivery doesn’t arrive, you get a refund. Transactions like this are done every day. There’s no risk, whatsoever.

Mkhize and his minions are just blowing smoke to obscure the fact that nothing has been done to procure vaccines as soon as they became available.

It should be a simple matter for the private sector to step in and launch vaccination drives of their own. It is very likely that they would want to do so, and that they already have plans in place to cover millions of South Africans, if not all of them.

There is no reason to believe that they would limit their efforts to medical aid members or paying customers. It would be bad publicity and bad politics to do so. Even from the most cynical point of view, herd immunity is just as important to the private healthcare sector as it is to the rest of us. No private medical scheme wants to continue paying for expensive Covid-19 treatments, when they can swiftly end the pandemic by administering cheap or free vaccines to everyone.

The private sector, however, is notoriously afraid of upsetting the ruling party. If they make the ANC look incompetent by launching a widespread vaccination campaign while government dithers, they might expect vindictive retribution. Government could institute price controls, force private companies to become part of its own vaccination programme, or even threaten outright nationalisation. It isn’t as if government hasn’t simply stolen drugs from international pharmaceutical companies before.

The Institute for Race Relations, which publishes The Daily Friend, has announced that it will approach Mkhize and other relevant officials, as well as the heads of major hospitals and health insurers, to learn what vaccine-related supplies have been procured, from which providers, how these will be distributed, and when such distribution will begin.

It is considering going to court to compel the procurement and distribution of vaccines as a matter of urgency. Perhaps a court order would stiffen the collective spine of the private sector in the face of government, and save the thousands of lives that government seems willing to sacrifice so as not to ‘risk’ the country’s ‘constrained resources’.

On Sunday night, Mkhize tweeted a view that appears to contradict his earlier ‘no silver bullet’ comment: ‘We have always said the second wave is going to be coming and the only way we will be protected is by developing herd immunity through vaccination.’

Whew. Now, if only someone would think to procure enough vaccines for this purpose, stat.