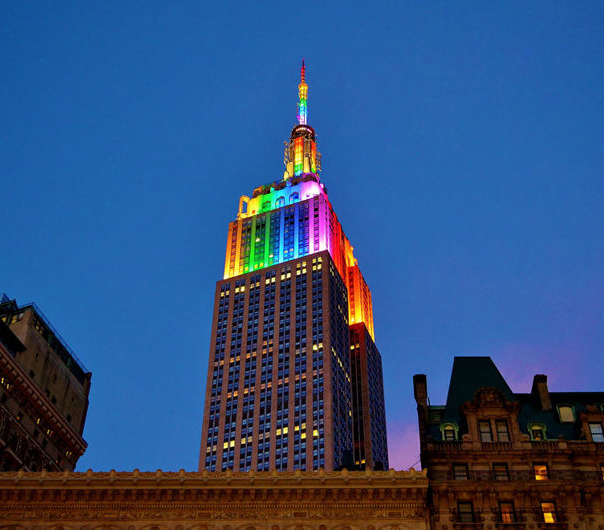 The decision will allow LGBTQ business owners of all sizes to access billions of dollars in city contracts, contract procurements and opportunities, in addition to accessing priceless resources for historically-disadvantaged enterprises in the Big Apple.

The agreement was struck between New York City’s Department of Small Business Services (SBS) agency and the National LGBT Chamber of Commerce (NLGCC), and it will allow NLGCC-certified business operators to receive official recognition for their MWBE.

The partnership will allow for NYC to “fast-track” applications to certify LGBTQ-owned businesses and get them assistance as the country enters the second year of the coronavirus pandemic.

“This is as much about equality as it is about contracts,” NLGCC senior vice president Jonathan Lovitz told NBC News.

“Getting certified is about telling our story to America — we have everything from mom-and-mom and pop-and-pop businesses all the way up to multinational corporations.”

NLGCC co-founder and president Justin Nelson noted in a statement, “New York City has a legacy of leadership in promoting inclusivity at every level of public life. LGBT entrepreneurs in New York City will now have the opportunity to create jobs and develop innovations that benefit all who live there.”

Fellow co-founder and current CEO Chance Mitchell added, “While we have a long way to go for LGBT equality in the nation, NYC has always had a strong and growing network of… LGBT-owned companies.

“We hope this resolution in NYC will encourage more cities to proactively include the LGBT community for the optimum social and economic health of their cities.”

The NLGCC has said that it represents member businesses that alone contributed more than $1.15 billion to the economy in 2015. The organization stressed in its announcement that many of their members are small-business owners who make a major difference in their communities and the city’s economy, “all despite the latent, and often outright hostile discrimination they continue to endure on account of their sexual orientation or gender identity.”

NYC mayor Bill de Blasio’s administration has previously made pledges to increase the amount of the city’s contracts set aside for MWBE-owned businesses to $25 billion in 2025.

“Equity of access and inclusion are at the core of the work we do at SBS,” SBS commissioner Jonnel Doris said. “A diverse vendor pool makes a stronger New York City, and we are excited to maximize the inclusion of LGBTQ certified firms into the City’s certification process. We look forward to our continued partnership with the NGLCC.”

The push to task the city with including LGBTQ businesses was championed by now-U.S. Rep. Ritchie Torres (D-NY). He introduced a legislative proposal in 2019 as a member of the New York City Council to that effect.

At the time, the proposal was not adopted, with out City Council Speaker Corey Johnson questioning if they had “the authority to give preferential treatment” to LGBTQ contractors, reports indicate. Johnson stressed that business owners should still “celebrate and advertise their LGBTQ-ownership status” on their own.

Now, the city’s official business came to an agreement with the largest group representing LGBTQ enterprises, amidst the pandemic, and without the legislature.

“I am pleased that these business owners who were once excluded from sorely needed contracting and procurement opportunities will be able to participate,” out councilmember Daniel Dromm said in a statement, adding that he “worked alongside Congressmember Ritchie Torres and the NGLCC to sounds the alarm and raise awareness of this effort which is ultimately about fairness and equity.”

The NGLCC specifically thanked Rep. Torres and Dromm for championing the issue, crediting Dromm with first raising the issue.

The official decision to recognize LGBTQ businesses as minority-owned makes New York City the largest municipality to officially do so. Los Angeles was the previous owner of that designation after making the same decision in 2019.

States such as California, Massachusetts, and Pennsylvania and cities including Baltimore, Orlando, Nashville and Chicago have made such official recognitions. The NGLCC continues to make similar pushes in several other jurisdictions as well.