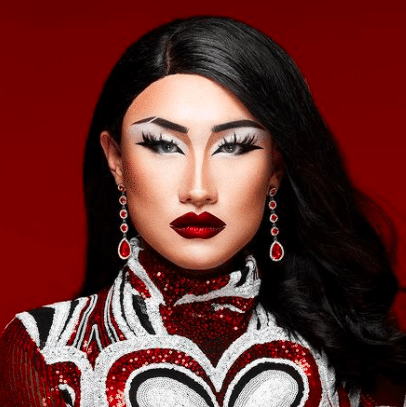 At least four people have shared troubling allegations of manipulation, gaslighting, coercion, and sexual assault by season 11 contestant Soju, aka Tony Hyunsoo Ha, one of whom says he was aged 16 at the time.

The first to come forward, a Twitter user named Kev, claimed that Ha repeatedly pushed their boundaries and once insisted on sex when they were “blackout drunk” and unable to walk, let alone consent.

On another occasion, they alleged, Ha physically forced them to perform oral sex and refused to take them home until he had finished.

“I can’t even begin to describe how triggering and traumatic it was for me to see Soju get on Drag Race,” Kev wrote. “This is when I was hit in the face like a brick with all of the memories and emotions I had bottled up for so long.”

After their post on 22 January, several others have come forward with similar allegations against the former Drag Race star.

Ha has refuted all claims, suggesting in a statement to Out that they were part of an extortion plot that had been “in the works for more than year”.

“While I await full advice from my legal representative to make an official statement, I will share that I have anticipated these claims after threats and an extortion attempt were sent to me as recently as January 2020,” he said.

“These claims were first brought to my attention by a contact asking for a large sum of money, threats that they would make my life difficult if I did not pay, as well as full admission their lawyer saw this ‘case’ as an opportunity to spread her name.”

He continued: “I have photographic proof of these attempts, among other evidence to point these claims have been orchestrated towards me, and I will share when my full case is prepared. So far, those who have spoken out have not publicly stated they were pressing charges.”

Ha took a more conciliatory tone on Instagram, where he shared his struggle for acceptance that led him to seek sex as a form of validation – but never without consent, he insisted.

“At the time, I was promiscuous and led a stereotypically ‘f**k boy’ life,” Soju explained. “That being said, I never once in my life did anything without the other person’s consent. Consent matters.

“No matter how much I wanted to have sex with someone, I never proceeded without the partner’s permission. And never once did I take advantage of someone when they were too drunk to make decisions or blacked out.”

The star, who claimed he’d been forced to deal with untrue rumours since appearing on Drag Race as Soju, went on to concede that he could’ve hurt people who wanted more from him emotionally.

“My way of life could’ve made people feel like all they were good for in my life was the sex. But I never let my way of life intentionally hurt people. I’ve always been transparent and honest with you guys and I will never stop,” he said.

“I’m sorry to everyone who feel disappointed by me. I’m sorry to anyone that I hurt in any way, shape, or form. Thank you for your understanding and your patience.”