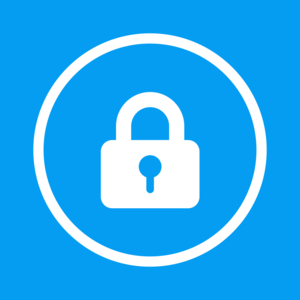 In the wake of the news that the taxman had imposed VAT on OnlyFans, which is predominately used for sexwork in South Africa, calls have been made for the government to follow suit and decriminalise sex work.

IOL reported on Thursday that the SA Revenue Service had confirmed that all transactions, which include tips, purchases and subscriptions on the OnlyFans content services website, were subject to the payment of VAT.

This means consumers of OnlyFans will pay an additional 15% for all purchases they make on the platform, with the taxman taking its share in every transaction.

OnlyFans is a subscription content service that allows users to provide exclusive content to their subscribers or “fans” for a fee, usually in US dollars.

A South African Revenue Service spokesperson confirmed last week that VAT had been imposed under the VAT Act. The law requires businesses that carry on an enterprise in South Africa to register for VAT and charge the VAT on sales made to customers.

Sars would not disclose how much it had made off OnlyFans, nor when it had started imposing VAT on the website, as that was in contravention of taxpayer confidentiality.

A spokesperson for Sonke Gender Justice, a non-profit organisation which has campaigned for the decriminalisation of sex work, said it was rich of the government to bank on sex work when it remained criminalised.

Nosipho Vidima, the sex workers project specialist at Sonke Gender Justice, said sex workers were ready to contribute to the economy and pay income tax, as they believed a decriminalised sex industry would lead to safer working conditions and stifle gender-based violence.

“We are ready to pay income tax on sex work. We have always said this,” she said.

Vidima said various digital platforms, including OnlyFans, had created a safer environment for sex workers in the country.

“Last year, we interviewed sex workers and we discussed what it means to go online. We found that it was bit safer (because) on some of these platforms, before you see a client, they have to create a profile with their full name and bank card details, which means that we can always follow up on your last bookings.

“This means we could have reduced human rights violations and GBV towards sex workers, if you go missing for instance, it will be easy to find out who you were last with,” she said.

Vidima said there were roughly about 158 000 sex workers in the country. The coronavirus and the lockdowns had created a difficult environment for sex workers to operate in.

“It has been really bad for sex workers because when stricter levels of the lockdown apply, movement is restricted, so sex workers can’t do their business.

“It is also very scary, unlike with HIV where you could use protection, because this virus is airborne, so some sex workers had to stop work altogether because of their safety,” she said.

Meanwhile, the taxman’s decision to institute VAT on downloads from the OnlyFans website comes as the country is set to post a deficit on revenue collection for the 2020/21 financial year after a jobs bloodbath, poor economic conditions, a ban on the sale of cigarettes and three alcohol sales bans due to the coronavirus lockdown.

There were resounding calls on social media, for the government to decriminalise sex work.