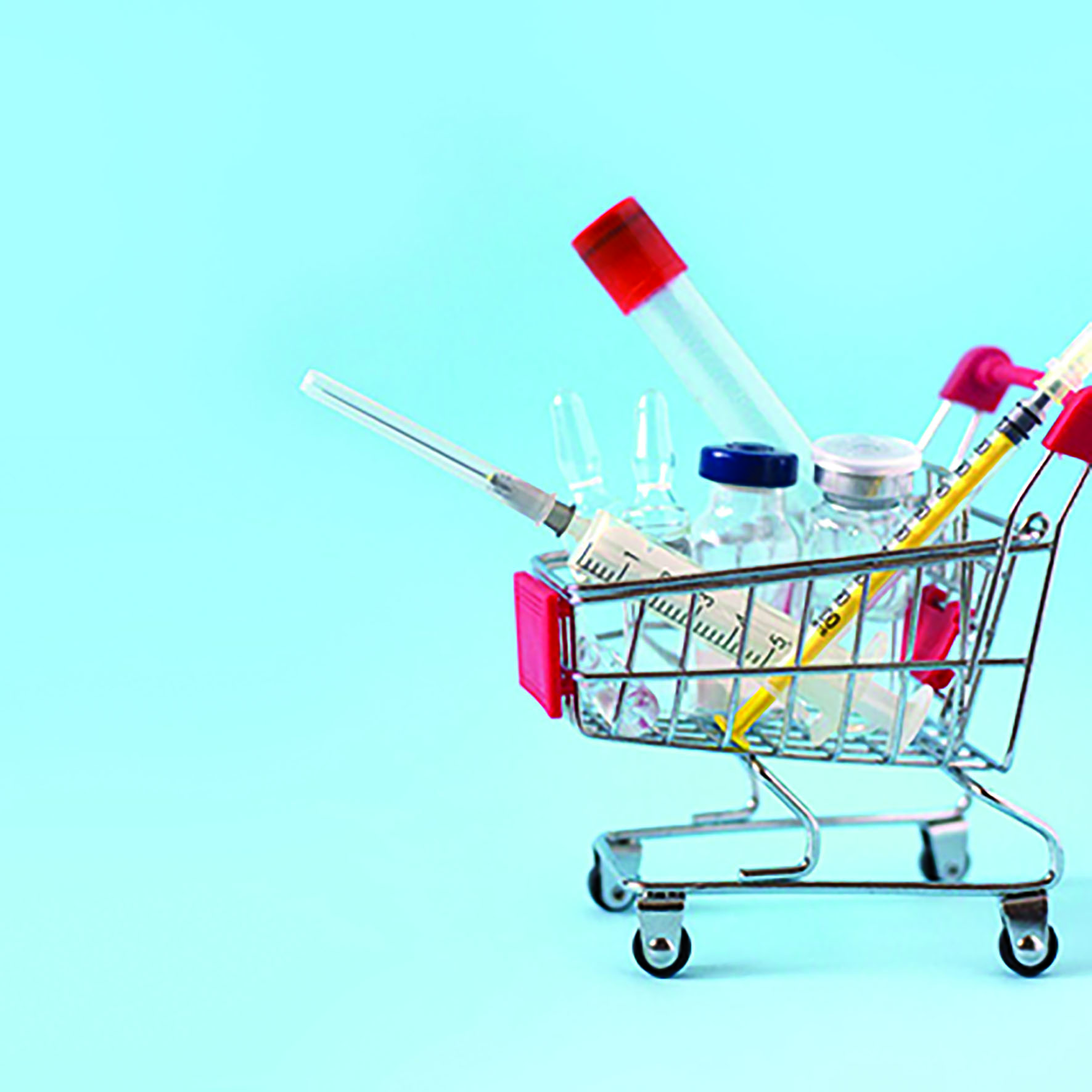 The process of acquiring and rolling out vaccines in South Africa is yet another object lesson that citizens simply cannot rely upon government to get even the basics right.

The South African government has set a target of vaccinating 40 million people, or 67% of the population, by the end of 2021. Even under the best of circumstances, this is not going to happen.

Assuming that phase two of the roll-out, targeting essential workers, the elderly, and adults with comorbidities, starts on 1 April (which it won’t) with 150 000 jabs per day in the first month (which it won’t, either), government would have to deliver 300 000 vaccinations per day for the rest of the year to meet this target. It simply does not have the capacity to do so.

Then there’s the demographic problem. None of the vaccines are authorised for use in children under 16 years of age. That excludes 30% of the population at a stroke. That means that the vaccination programme will have to reach 95% of the remaining adult population, and convince them all to accept the vaccine. Since a survey in January showed that only 52% of adults would definitely agree to be vaccinated, and another 14% would probably get the vaccine, the target of 40 million is nowhere near achievable.

Even with the best logistical effort in the world, government would do better to revise its target down to 20 million. That’s at least in the realm of possibility.

The near-term target, of vaccinating up to 1.5 million healthcare workers by the end of March, has already been missed. Because the government officials responsible for procuring vaccines sat on their hands doing nothing until a public outcry at the start of the year roused these worthies from their festive season torpor, there simply are not enough vaccines available to meet this target.

The roll-out to healthcare workers has been complicated by the limitations of an implementation study, layers of bureaucracy, and the need for reams of information from prospective vaccinees with which to populate the National Health Insurance (NHI) database.

Even if there had been enough vaccines available, the sluggishness of the roll-out would have prevented government from getting anywhere near the 1.5 million target.

‘The Department of Health says it is pleased that more than 100 000 healthcare workers have been vaccinated in just over two weeks,’ reported the SABC on the 18th day of the vaccination programme. Although the rate of vaccinations certainly can and will rise, with only another 25 days remaining before the end-of-March deadline it would never have reached 1.5 million.

‘We expect now only to complete 700 000 vaccines by the end of March,’ Joe Phaahla, the deputy health minister, told Parliament on Friday. Even this revised target, however, seems rather optimistic.

Initially, government put all its eggs into the Covax basket, ignoring (or perhaps not realising) that (a) South Africa is an upper-middle-income country, so would be required to pay Covax three or four times the cost price to cross-subsidise poorer countries, and (b) Covax was never going to allocate anywhere close to the number of doses required to meet even South Africa’s phase one and two targets, let alone 40 million people.

The hurriedly arranged vaccine purchase from the Serum Institute of India, which manufactures the AstraZeneca under licence, also saw South Africa paying an exorbitant price. Instead of $2,16 charged by AstraZeneca, somebody’s cousin made a sweet deal by which South Africa would pay a hefty $5,25 per dose.

As a participant in several vaccine trials, South Africa could have benefited from ‘post-trial access and benefit sharing’, but the government failed to take advantage of this opportunity.

Once slapped into a semblance of wakefulness, President Cyril Ramaphosa flew off to the World Economic Forum to whine about ‘vaccine apartheid’. He was upset that ‘rich countries’ got vaccines before ‘poor countries’ like South Africa, and that South Africa was paying more for them.

First, this was not true. Countries like Chile, Mexico, Argentina, India and Indonesia had procured vaccines by the first half of January without any trouble. All they did was pick up the phone and order some. If India managed to line up 2.2 billion doses by January, why couldn’t South Africa have ordered a mere 80 million?

Second, the excessive pricing was the result of a last-minute middleman deal with India, not Western imperialism. It was entirely the government’s own fault.

In a disgusting display of petulance, Ramaphosa cried racism, although his government had not bothered to pre-order vaccines like everyone else. That’s like complaining you’re not getting service because you’re black, but you weren’t even in the queue.

Government initially made it clear that it alone would procure vaccines for South Africa, although it sought the help of the private sector both for funding them, and for administering them on the basis of ‘solidarity’ (which is socialist-speak for ‘for free’).

There has been very little clarity on the government’s vaccine procurement processes, however, or about its storage and distribution contracts. Contrary to both the law and the Constitution, the terms of agreements with vaccine suppliers have been kept secret.

Open, competitive bidding for contracts was thrown out of the window, even though there had been plenty time to issue and adjudicate tenders in 2020, when government was still sleeping on the job.

The government’s sluggish action and insistence on maintaining a state monopoly on vaccine procurement prompted trade union Solidarity and minority rights lobby AfriForum to take the matter to court.

‘The answer for a fast and efficient roll-out of the vaccine does not lie in its nationalisation,’ Connie Mulder, head of the Solidarity Research Institute told Politicsweb. ‘After its repeated failures, confidence levels in the government are low, and with reason. The very government that stole emergency funds during a pandemic will not be trusted to manage the vaccine process properly. If we have to wait for the government to procure vaccines all by itself, we are going to wait for years – something we as private citizens simply cannot afford. The private sector must be enabled to be involved in the procurement and roll-out of vaccines.’

As we’ve seen, it would be hard to argue against that position.

Two weeks ago, government still maintained that centralised procurement was the best solution for South Africa, although the private sector was free to acquire vaccines from the government and get involved with storage and distribution.

A week later, however, that same government admitted under oath, in its answering affidavit to the Solidarity/AfriForum lawsuit, that the private sector is legally entitled to procure its own vaccines as it sees fit.

It is a shameful testament to the government’s secrecy and desire for control that it took a court action to elicit this information, when a simple reply to a letter would have done.

‘We are delighted that continued pressure from Solidarity and AfriForum has resulted in employers, medical funds and other private institutions now being able to approach manufacturers with confidence for negotiations on the vaccines,’ Dirk Hermann, the chief operations officer of Solidarity, told IOL. ‘This can be crucial in our fight against the virus. Solidarity is now calling on large employers, medical distributors, medical aid funds and other role players to start buying, distributing and administering vaccines on a large scale.’

Medical insurers would have an excellent motive to vaccinate not just its own clients, but also non-members who cannot afford to pay, on the grounds that its members are protected by herd immunity.

The private sector has the infrastructure, not only via doctor’s rooms, but also through large pharmacy chains that can easily administer simple injections such as vaccines. Large employers could arrange to vaccinate all their employees, and perhaps even their families, without too much trouble, given that normalising the economy sooner rather than later would be in their best interest.

The private sector, by negotiating with multiple vaccine manufacturers, is also likely to get better deals than a desperate and apparently incompetent government. It will also be able to offer customers choices in which vaccines they want at which price points.

Upon closer inspection, this fantasy is soon shattered, however. The private medical industry blames the fact that it is regulated half to death (which is true, as far as it goes), and that vaccine manufacturers prefer to supply large orders to desperate governments.

Craig Comrie, chief executive of ProfMed medical scheme, told BusinessTech that government’s single exit price rule for pharmaceuticals made it prohibitive for the private sector to acquire and administer vaccines. In addition, he said that vaccine suppliers were unwilling to enter into private contracts for orders smaller than 10 million doses.

In a post on LinkedIn, Adrian Gore, the CEO of Discovery medical scheme, concurred that ‘there is a global shortage of vaccines, and the pharmaceutical companies manufacturing the vaccines will currently sell only to national governments, and not to any other entities’.

However, IRR analyst Gabriel Crouse reports that this was not true when Gore wrote that on 16 February. South African pharmaceutical company Lamar International had earlier said that it was prepared to import and sell the Russian Sputnik V vaccine to private sector buyers as soon as it was authorised for use.

According to Crouse, the IRR has also confirmed that ‘a major Western vaccine producer’ would be willing to sell to South African companies.

Still, Gore is fully committed to the nationalised vaccine roll-out plan. Besides the mistaken belief that vaccine manufacturers would not sell to the private sector, Gore’s argument goes as follows: ‘[T]o be both fair and effective, the vaccination programme must be planned and implemented at a country level, according to a schedule that prioritises high-risk individuals first, and matches appropriate vaccines to at-risk groups according to clinical and scientific guidelines. Not following this process would mean low-risk people get vaccinated before the clinically vulnerable, resulting in unnecessary illness and death. This cannot and should not happen.’

This fairness argument does not hold much water. Gore’s putative low-risk vaccine recipients would not be taking vaccines away from the high-risk population addressed by the government’s programme. These vaccinations would happen in addition to the existing national programme.

As Crouse argues: ‘On all models for any roll-out regimen, if you increase the quanta of jabs per unit time in addition to what is already in place, you decrease expected deaths and transmissions.’

Besides, it would be perfectly feasible for private providers to establish a similar prioritisation scheme, especially since they already have all their members’ health information on record. They could simply inform members when they are eligible to get vaccinated, and place the young and healthy last in the queue.

‘If Discovery bought vaccines that are otherwise sitting in cold storage, waiting for purchase by private entities willing to pay more,’ wrote Crouse, noting that these purchases would provide additional resources to ramp up production, ‘that would not be “robbing Peter to give to Paul”, as Gore implies. That would simply be a win-win.’

So in addition to regulatory constraints on pricing and the possible – though unsubstantiated – notion that vaccine makers will only sell to governments, we are dealing with major private sector players that simply do not have the cojones to stand up to government and show them how it’s done.

No doubt they’re all hoping that when the NHI comes around to destroy their companies, they might be saved by getting a slice of the NHI pie. In the meantime, they are loath to make their future government paymasters look bad, lest they be frozen out of the NHI in future.

So it matters not that the private sector is legally permitted to acquire vaccines. It is too cowardly to do so. It would rather throw its customers on the tender mercies of the state.

Spineless refusal to offend the government is how the private sector becomes a fellow traveller, complicit in the collapse of South Africa into a socialist, and ultimately failed, state.