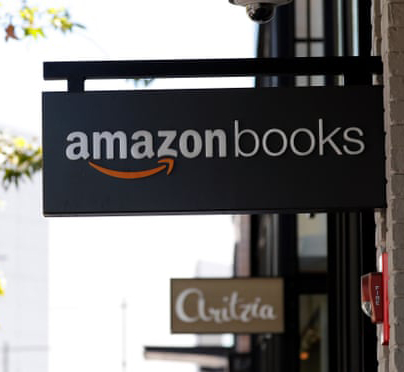 Retail giant announces decision in letter to Republican US senators about removal of book by conservative academic.

Amazon will no longer sell books that frame gay, lesbian, transgender and other sexual identities as a mental illness.

The company made the announcement public in a letter sent to Republican senators who had asked why Amazon had stopped selling When Harry Became Sally: Responding to the Transgender Moment, a book by the conservative academic Ryan Anderson, best known for his opposition to same-sex marriage.

In the letter, first obtained by the Wall Street Journal, Amazon writes: “As a bookseller, we provide our customers with access to a variety of viewpoints, including books that some customers may find objectionable.

“That said, we reserve the right not to sell certain content. All retailers make decisions about what selection they choose to offer, as do we. As to your specific question about When Harry Became Sally, we have chosen not to sell books that frame LGBTQ+ identity as a mental illness.”

The letter came in response to criticism from the rightwing senators Marco Rubio, Mike Lee, Mike Braun and Josh Hawley who wrote to the Amazon founder, Jeff Bezos, criticizing the book’s removal and calling it a signal “to conservative Americans that their views are not welcome on its platforms”.

The move will have a significant impact on books that frame LGTBQ+ identities as mental illnesses. Amazon accounts for 53% of all books sold in the US and 80% of all ebooks, according to Codex Group, a book audience research firm.

The decision comes at a moment when Republicans and the conservative movement are increasingly focused on so-called “cancel culture”. Republicans have recently criticized the decision by Dr Seuss publisher to stop publishing six of his books because they portrayed people of color “in ways that are hurtful and wrong”.

“Everyone agrees that gender dysphoria is a serious condition that causes great suffering,” Anderson and Roger Kimball, publisher of Encounter Books, which published the book, said in a statement given to the Journal.

“There is a debate, however, which Amazon is seeking to shut down, about how best to treat patients who experience gender dysphoria,” they added. “Amazon is using its massive power to distort the marketplace of ideas and is deceiving its own customers in the process,” they said.

A spokesperson for LGBTQ advocacy group GLAAD said: “There’s an antiquated and shameful history of equating LGBTQ identity to mental illness, and Amazon’s decision to stop selling books that falsely equate the two is a positive step in ending the misinformation campaign against LGBTQ people, especially trans youth, meant only to cause harm.

“This book is dangerous and harmful to trans kids, and those who are looking for information about trans identity should not look to resources written by someone who has made their livelihood by publishing screeds against the trans community.”