A lurid, literary night out 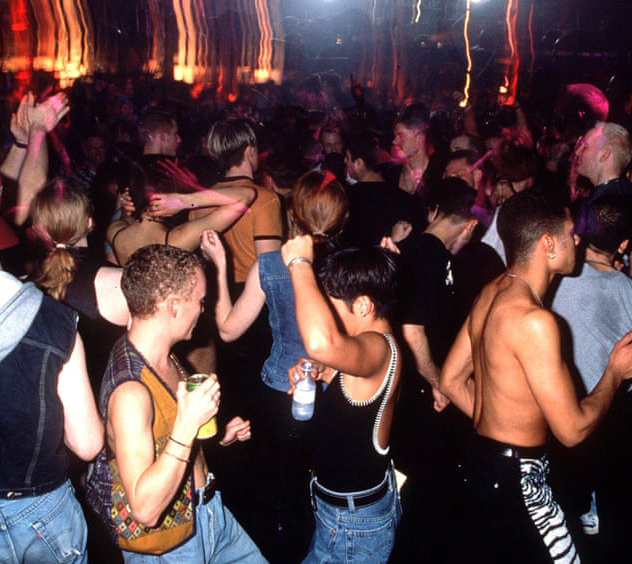 I went out to bars,” declares Jeremy Atherton Lin late in this florid, lurid, powerfully brainy memoir of gay gallivanting, “to be literary.” That’s not entirely true: his book begins as he enters one such enclave with a companion who sniffs the musky fug and says: “It’s starting to smell like penis in here.”

Those pheromones entice Lin into the sweaty, congested darkness, and random couplings are soon under way as bodies agglomerate in corners. But gradually another purpose emerges: Lin turns out to be conducting research as well as cruising. He begins in San Francisco, where what Allen Ginsberg called “saintly motorcyclists” huddle in establishments with names such as the Tool Box; after 2005, having settled in London with his British partner, he investigates Whitechapel pubs where employees of the fashion industry multitask, networking professionally while they make dates for sex; a dutiful detour takes him to a drag cabaret in Blackpool that is mostly patronised by gaggles of shrieky bachelorettes. Unearthing history in all of these places, Lin treats gay bars as archives of communal memory. But they also appeal to him as zones of titillating danger, definitely not what the political correctness cops call “safe spaces”. “I went out to take risks,” Lin admits. Luckily, his worst misadventure happened when a vulpine lad he brought home from a bar “proceeded to rip apart my American Apparel T-shirt from the V-neck”.

As this brand-conscious anecdote reveals, gay identity is a sartorial and existential minefield: before you go out, you have to decide what to wear, which will determine who you intend to be that evening. Lin’s initiation occurs in the snooty bars of West Hollywood, where everyone but him seems to be “auditioning for a toothpaste commercial”. An early boyfriend, discreetly wincing at Lin’s part-Asian ancestry, recommends lightening his complexion with Clinique face powder, and advises that a nose ring would give him an alluringly bestial look. Absurd as Lin finds the tribal concern with costume and kinky accessories, this self-mythologising, self-mocking manner is the theme of his book and his reason for writing it. “Memoir,” he says in an epigram that Wilde might not have disowned, “is how you groom yourself.”

Lin’s unabashed hedonism conceals a stern political conscience. He values the bars as arenas of egalitarianism, even if the would-be skinheads he encounters in East End hangouts are often guilty of “homosexual chicanery”, passing for hooligans because they like the wardrobe; in a critique of the post-industrial economy, he blames consumer culture for redefining identity as a commodity and co-opting gay men as “experts in leisure and aesthetics”, prized because they have cash to spend on frippery. Lin’s tone tends to be high-pitched, but he can tune it down to a baleful, haunted whisper, as when he studies a video installation by Wolfgang Tillmans in which shards of light from a disco ball merge with dust clouds stirred up by a scrum of unseen dancers. The dust is mostly shed skin, and Lin broods about a scene that is “mortal yet transcendent – not so much in a spiritual way, just that we are constantly escaping ourselves”. No doubt the ghostly frisson soon passed: I bet that he was back on the dancefloor minutes later.

Despite his mercurial temperament, Lin’s aim is nobly humane: he urges habitués of the bars to look beyond the stereotypes that codify gay desire and “to see one another as multidimensional beings”. The ideal is not diversity but idiosyncrasy, flamingly on display in a San Francisco street party where the activist attenders are “fabulous, unsightly, sexy, fat, a total mess”. A similar babble of different voices enlivens Lin’s book. On one page he hustles Proust into proximity with the drag queen Divine, and in a Blackpool club called Peek-a-Booze he annoys himself by recalling a Marxist treatise on capitalism and entertainment written by Theodor Adorno in 1944. Gay Bar exemplifies the multidimensionality Lin admires: it’s at once erotically gamey and intellectually playful, combining soft porn with social theory, semen with semiotics. “Being homo,” as Lin smartly puts it, “did not amount to being the same.” No, it also licenses you to be different or, in Lin’s case, to be utterly unique.