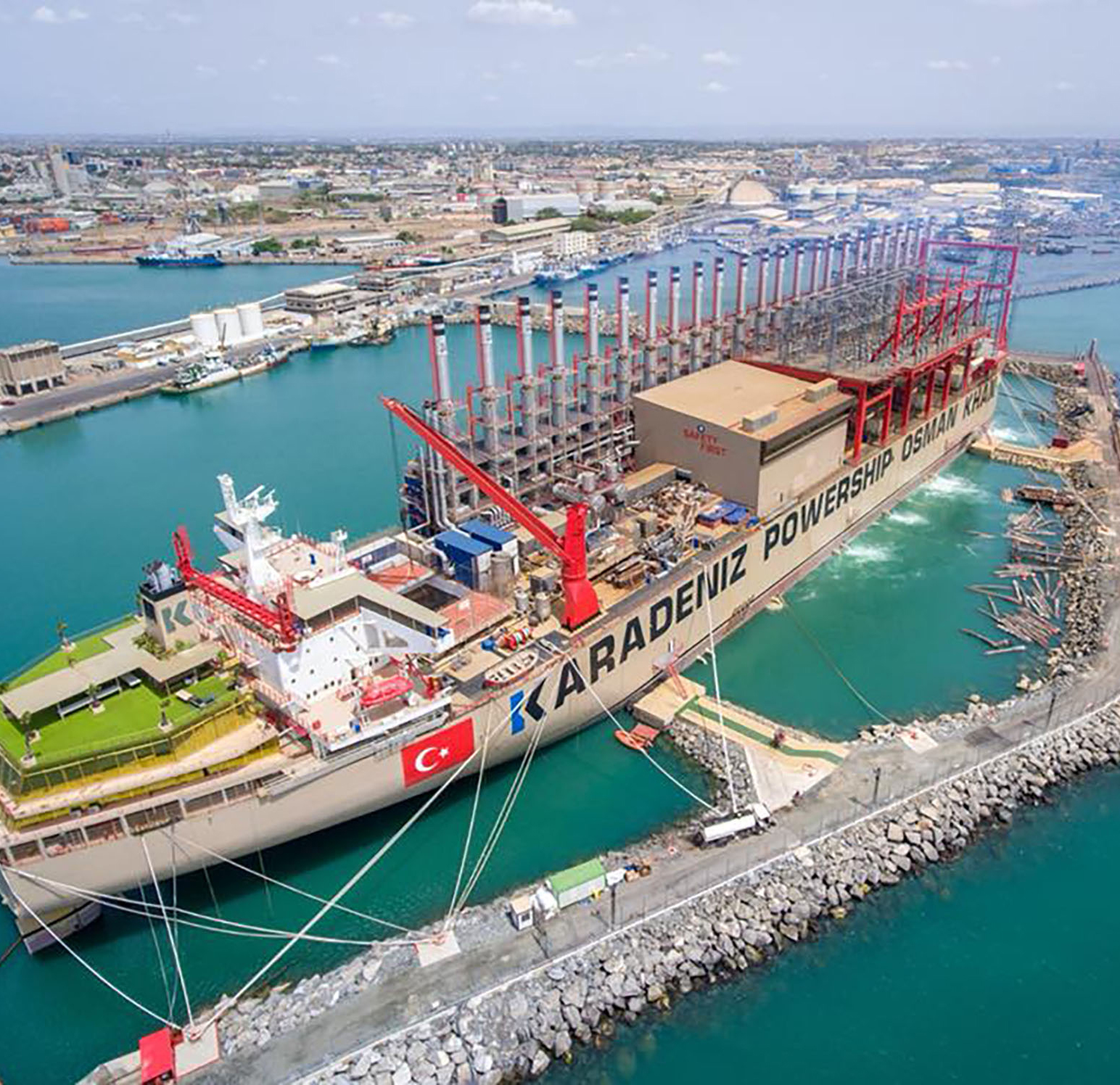 South Africa is so desperate for reliable electricity that last year the Department of Mineral Resources and Energy invited bids from power companies worldwide to provide 2 000MW of reliable or ‘dispatchable’ electricity.

This process was known as the RMIPPPP – Risk Mitigation Independent Power Producers Procurement Programme. This month the minister announced the eight successful bids, which caused much consternation. Most of the new electricity will come from ‘powerships’, basically floating power stations running on imported fossil fuels. Such is the dreadful mess of our electricity supply that this is our best option for quick and reliable electricity.

Our electricity supply faces two dangers. The first comes from the wrecking of Eskom by ANC corruption, Eskom incompetence and mad ideology. The second comes from the enforced use of ‘renewables’, meaning solar and wind, for grid electricity. Since these are unreliable, they are a burden on our electricity system. It costs a fortune to accommodate their fluctuating, intermittent, unpredictable electricity into the grid to meet demand and preserve voltage and frequency.

The winning eight bids were from gas, diesel, solar, wind and batteries. I should explain the somewhat confusing terms here. A ‘gas turbine’ defines the thermodynamic cycle (the Brayton Cycle), not the fuel. Gas turbines, the engines of airliners, can run on paraffin, diesel, gas and heavy furnace oil (HFO). A ‘diesel engine’ is a piston engine with pressure ignition, using the diesel cycle. It can also run on diesel, gas or HFO. It seems that all the ‘gas’ or ‘diesel’ engines in the RMIPPPP are piston engines (‘reciprocating’ engines) running on gas or diesel fuel.

Batteries might have other benefits for the electrical system but are useless for storing grid electricity. After wind turbines caused devastating blackouts in South Australia in 2016, Elon Musk sold them the world’s biggest battery at a huge cost. It has only enough stored energy to supply South Australia, which has small demand, for about 4 minutes (but does not have the power to do so).

Since wind and solar are not dispatchable, the other five bidding companies had to include diesel and gas to meet their contracted dispatchable capacity. I suppose they’ll make a lot of money forcing Eskom to buy the unwanted, non-dispatchable solar and wind electricity in their ‘installed’ capacity.

The average price charged by these eight bidders is 152 cents/kWh. This compares with Eskom’s average selling price of about 100 cents/kWh. Electricity from private suppliers always costs more than Eskom electricity. The cheapest, 146 cents/kWh, comes from a powership. The most expensive, 189 cents/kWh, comes from ‘Mulilo Total Coega’ using a combination of renewables and gas – exactly the combination recommended by our disastrous IRP2019 (Integrated Resources Plan) as the ‘least cost’ option.

The powerships will provide 66% of the RMIPPPP dispatchable capacity. They are all Turkish and use diesel engines running on natural gas. The three ships will be anchored at Saldanha Bay, Coega and Richards Bay. Natural gas consists mostly of methane and has a very low boiling point (it only becomes liquid at very low temperatures). To transport it across oceans, the gas is cooled down to –162 deg C (an expensive process) to form Liquified Natural Gas (LNG). The LNG is then pumped into special LNG tanker ships. These ships will bring the LNG to our three powerships, where other special ships will turn the LNG into gas, which will then be sent to the powerships.

Apart from the problem of its low boiling point, natural gas is a good fuel, clean, reliable and easy to burn. It releases half as much CO2 as coal per unit of energy produced (if you think CO2 is bad, which it isn’t). It has the risk of deadly explosions, but still has a reasonable safety record (not as good as nuclear, of course, but better than coal or hydro).

Not strange at all

It is most strange – or rather it is not strange at all – that the very greens who were pressing for gas to be used as a ‘flexible’ power source to supplement solar and wind are now decrying it as dangerous and bad for the environment.

Actually, it is reasonably safe and much better for the environment than the gigantic wind turbines and colossal solar arrays they wish to force on us.