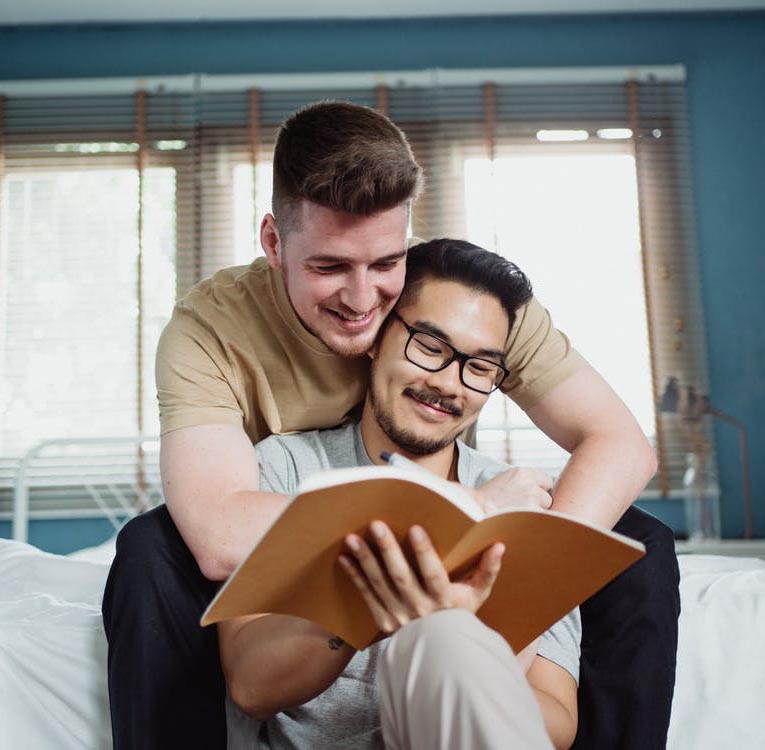 A Reddit user revealed that he “cried like a baby” when his boyfriend told him bedtime stories over a video chat, but commenters on his post were quick to tell him he has no reason to be ashamed.

In his post, the guy explained that he and his boyfriend are in a long-distance relationship, and that’s just one of the reasons he’s been feeling emotional. “I’m so tired and burnt out from uni work and everything,” he wrote. “We got to talking about our pasts over Hangouts … and he was trying to give me advice using the [fable] The Scorpion and the Frog. I told him I’d never heard it, and he told me the story. I was choking down a golf ball the entire time. After a bit, I told him that he was a really good storyteller. He really f*cking is — I got lost in his voice. He offered up to tell me another and I said yes, embarrassed. He ended up telling me two more stories.”

This user ended his post asking his fellow Redditors if it was weird that his boyfriend read to him. “I felt so childish and stupid having my boyfriend read me a bedtime story like I was a child, but f*ck, it was so wholesome and beautiful, but I still feel like it’s something others would find weird.”

And with one resounding voice, commenters said no.

“It’s sweet,” one said. “Tenderness is what we all want, but some of us don’t know how to give it, and some of us aren’t able to let ourselves receive it. Be glad you’ve got it. And give some back.”

And a third commenter offered an in-depth explanation: “No, it’s not strange. Sometimes, when we are tired and moody and stressed, you can actually feel yourself default back to an almost childlike state again. It’s almost as if these emotions strip away the ‘adult’ part of your personality. So a story helps you take your mind off it. Besides, storytelling (although now associated with children) was originally something exclusively performed for adults, by adults. A good storyteller was very respected and liked by the other people in their tribe/group. We have a pull to good storytellers. I think it’s even possible it’s a result of our biology. So no, it’s not weird at all.”

Another user, meanwhile, copped up to being “f*cking jealous” of the original poster. “Just let him take care of you like that and you do the same when he feels down,” that user said. “Great to see there are genuinely nice and caring guys out there.”

And someone else left a profanity-laden comment for added emphasis: “Who gives a f*cking f*ck if other people would find it ‘weird’?” that user wrote (in all caps). “The only true consideration that should prevent you from doing things that give meaning to your life is morality. The value judgements of dumb motherf*ckers acting like jealous-ass, punk-ass bitches is none of your concern and should never make you feel guilty about sharing a sublime moment with someone you love.”