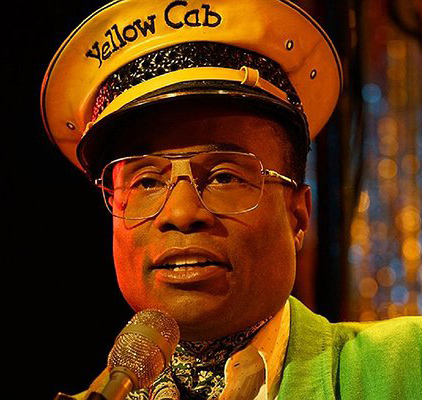 The 51-year-old, who plays HIV-positive man Pray Tell on the hit FX show, told the publication: “This is what HIV-positive looks like now.”

Emmy-winner Porter explained: “In June of [2007] I was diagnosed as HIV-positive,” adding: “Having lived through the plague, my question was always, ‘Why was I spared? Why am I living?’

“Well, I’m living so that I can tell the story. There’s a whole generation that was here, and I stand on their shoulders. I can be who I am in this space, at this time, because of the legacy that they left for me. So it’s time to put my big boy pants on and talk.”

Porter, whose stage credits include Kinky Boots and Grease, continued: “I was the generation that was supposed to know better, and it happened anyway. It was 2007, the worst year of my life. I was on the precipice of obscurity for about a decade or so, but 2007 was the worst of it. By February, I had been diagnosed with Type 2 diabetes. By March, I signed bankruptcy papers. And by June, I was diagnosed HIV-positive.

“The shame of that time compounded with the shame that had already [accumulated] in my life silenced me, and I have lived with that shame in silence for 14 years. HIV-positive, where I come from, growing up in the Pentecostal church with a very religious family, is God’s punishment.”

Porter then explains it was partly the character of Pray Tell who helped him come to terms with his diagnosis.

“The brilliance of Pray Tell and this opportunity was that I was able to say everything that I wanted to say through a surrogate,” he said.

Porter will next play a gay dad opposite Zachary Qunito in Disney reboot The Proud Family.