Ivermectin in the spotlight once more 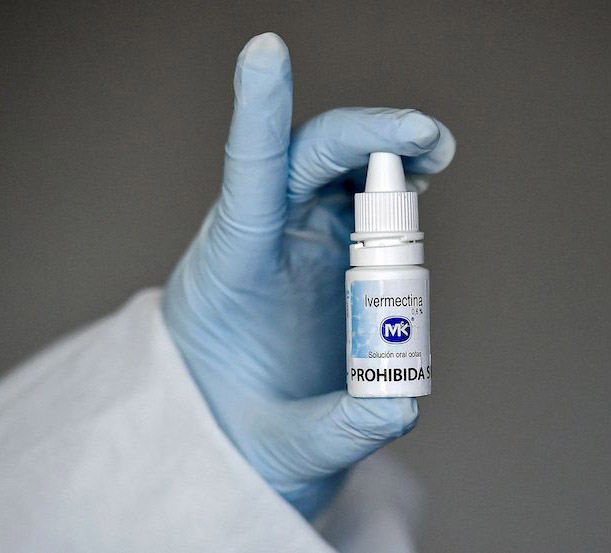 The cheap generic drug which many believe helps fight the coronavirus is once more in the spotlight, with this note from Justine Botha opening a new avenue of inquiry for the open minded.

She writes: “Apparently you are “irresponsible” for publishing stories about Ivermectin. Have you ever! Those attacking Ivermectin now say the only trial which will be accepted as showing safety and efficacy is a large double blinded, randomised control trial which funnily enough only Big Pharma has the financial resources to fund. And why on earth would they fund a trial which would show that a cheap drug like Ivermectin is also extremely safe and effective – given that it would destroy any chance of making billions of dollars from new antiviral drugs and vaccines? They and those in their pockets are doing exactly what the tobacco industry did when epidemiologists first observed high rates of lung cancer among people who reported a history of heavy smoking. The tobacco industry focused on the so-called limitations of the studies – like their reliance on people’s self-reported history of smoking – and insisted that there was no proof that smoking caused cancer because no one had done a sufficiently rigorous controlled study. They also produced studies, funded by themselves, which surprise surprise, showed that smoking didn’t cause cancer. Any study can be faulted for methodological shortcomings, but that doesn’t mean its results should be ignored or suppressed, particularly when the findings are consistent with a large body of evidence from other researchers. An enormous body of scientific evidence including 60 trials, 31 Randomised Control Trials (five of which have been published in the top tier medical journals), observational trials and case studies in countries such as Peru, Mexico, Zimbabwe and India have shown that Ivermectin is both highly effective and safe: https://c19ivermectin.com/ and https://covid19criticalcare.com/wp-content/uploads/2020/11/FLCCC-Ivermectin-in-the-prophylaxis-and-treatment-of-COVID-19.pdf. Predictably, safety concerns were raised by both Merck and the US Food and Drug Administration after the US government contributed $356m to Merck to develop Molnupiravir, an anti-COVID drug. Merck also contributed funding to lead investigators in a trial, published in JAMA, which ostensibly showed that Ivermectin was ineffective in mild Covid-19. There were so many protocol violations with the trial that 100 physicians signed a letter of protest. It doesn’t take a rocket scientist to work out what is going on. Quite simply Ivermectin posed a huge threat to the millions of dollars to be made out of Merck’s new product.”

Barbie Sandler sent this short note: “Nice write up on Rob Legh. I live next door to his sister Fiona Murray and we have been through the mill hearing about his fight for survival which sadly ended with his death. Poor Fiona lost her other brother to Covid, Chick Legh, a couple of months ago, so of course is totally devastated. They were two wonderful guys and South Africa’s loss. I am so sick of denialists who think this is just a type of flu and refuse to be vaccinated. And these are supposedly intelligent people! I just wish they could work in an ICU for a while. They would quickly change their minds!”

And we close with this insightful contribution from Ignatius Viljoen in response to yesterday’s Daily Insider about the tourism sector: “South Africa’s tourism and hospitality industry is indeed bleeding. Since January 2021, South African has been on various countries’ lists of “countries with a worrying variant”, and SA citizens are barred from travel to most Schengen countries. Similarly, people returning from SA were subject to testing and isolation. From the beginning of July, the European Union started to implement a digital vaccination passport that also allows EU citizens and citizens of third (non-EU) countries with vaccination, recovery or clear testing certificates to travel freely in the EU and other Schengen countries. With approximately 2m Covid-19 recoveries and a growing number of fully vaccinated SAs, I believe it is high time for the country to implement a policy to return to normal for recovered and fully vaccinated SAs. This will stimulate inter-provincial travel and allow persons to visit restaurants, attend religious activities, and release thousands of older people from their nursing home prisons. It may even motivate some vaccine reluctant or apathetic people to get vaccinated.

“For South Africans who intend to travel to the EU and Switzerland, it may be helpful to know that, for the time being, only European Medicines Agency (EMA) approved vaccines are acceptable for the EU “passport”. These are currently Comirnaty (BioNTech,Pfizer), Spikevax (Moderna), Vaxzevria (AstraZeneca, Oxford Vaccine) and the Janssen vaccine (Johnson & Johnson). The CoronaVac (Sinovac, China) and Covishield (Serum Institute of India (SII)) vaccines available in SA do not qualify for the EU passport. Still, some countries in Europe and Scandinavia accept more vaccines, with Spain accepting all vaccines approved by the EMA and WHO. It is time to stop the fear-mongering and to start the country on the road to recovery.”