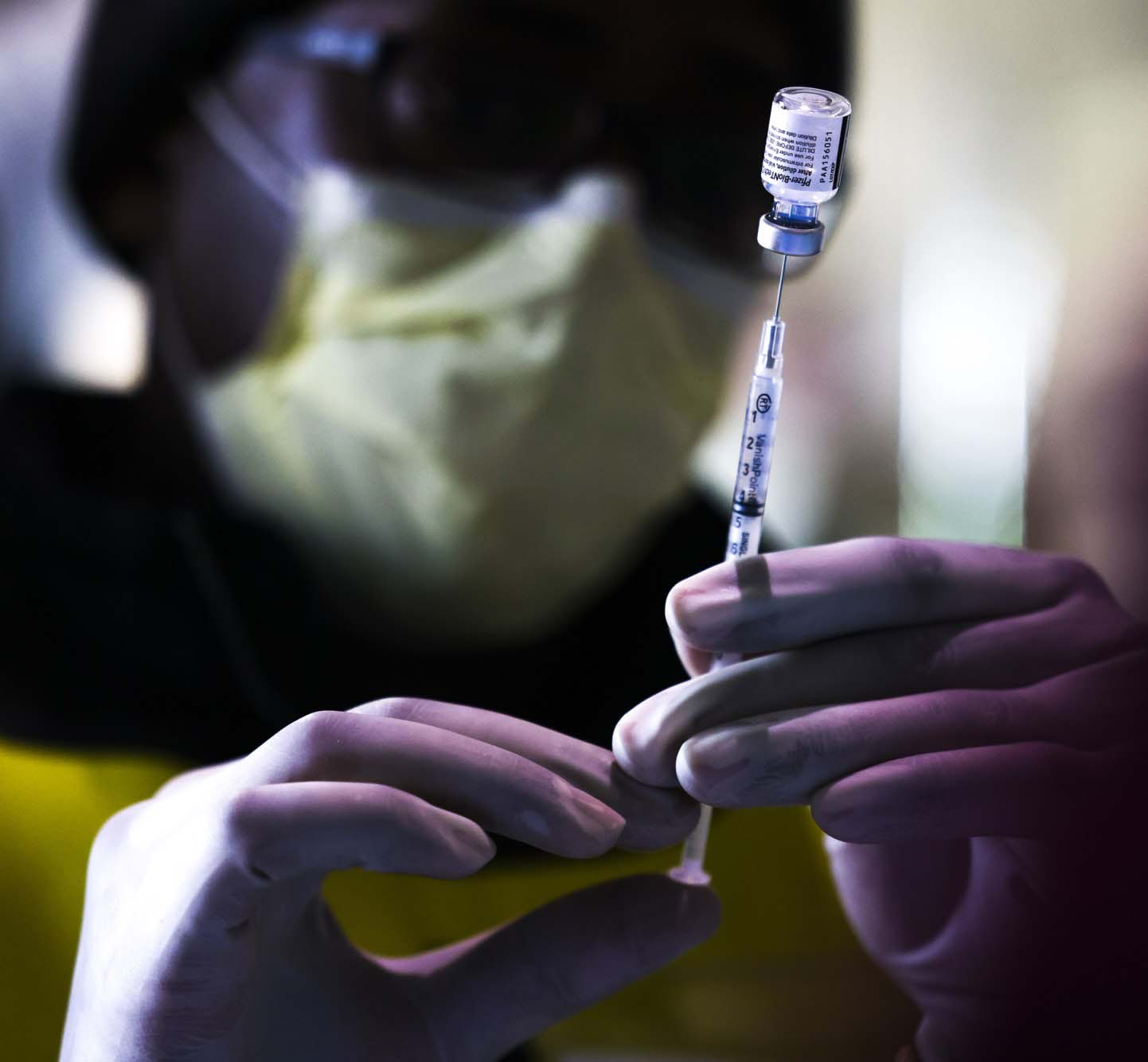 The delta variant now accounts for half of the Covid-19 cases in many areas of the U.S., President Joe Biden said Tuesday, urging unvaccinated Americans to get the Covid-19 shots as the U.S. faces a dramatic rise in the “hypertransmissible” variant of the coronavirus. His plea included reassurances about the strength of the Covid-19 vaccines available in the U.S.

“Fully vaccinated Americans have a high degree of protection, including against this delta variant,” Biden said at a news briefing, pointing out that virtually all Covid-19 hospitalizations and deaths in recent months have been among the unvaccinated.

“That makes it dangerous, because it’s more likely to find the people who are not vaccinated,” he said.

The variant has risen as the U.S. vaccination rate has stalled, and recent reports about a drop in vaccine effectiveness have triggered worries even among people who are fully vaccinated.

How effective are the vaccines against the delta variant?

There are two ways to answer this question. One is by analyzing blood samples from people who have been fully vaccinated.

Scientists can take Covid-19 antibodies found in the blood and test them against variants. Several such independent lab studies (here and here, for example) found that the vaccines in use do, in fact, protect against the delta variant of SARS-CoV-2, as well as reduce hospitalizations. The studies are considered preliminary and haven’t been peer-reviewed.

They also provide a limited picture of all the ways the immune system works against Covid-19, because they measure only antibody response. Certain cellular responses also play key roles. T cells, for example, help by killing infected cells and harnessing the power of other immune cells in the fight against viruses. Lab studies don’t usually measure T-cell response.

The second — and maybe more important — way to determine vaccine effectiveness is by simply observing what’s happening in the real world in real time.

“It’s very hard to translate laboratory data into ‘what’s going to happen if I’m vaccinated and someone sneezes on me and spreads delta all over my face?'” said Dr. David Wohl, a professor of medicine in the infectious diseases division at the University of North Carolina at Chapel Hill, who runs UNC’s vaccine clinics.

That’s why it’s important for scientists to look to places like the United Kingdom, where the delta variant accounts for nearly 100 percent of current Covid-19 cases. Despite having higher vaccination rates than the U.S. — 68 percent in the U.K. have had at least one dose, compared to just under 55 percent in the U.S. — cases are rising in the U.K.

“The only real difference between us and them is delta,” Wohl said. “I’m really worried that what’s going on in the U.K. is precisely what’s going to happen here.”

“If you’re waiting for some magical moment” to get vaccinated, he said, “this is it.”

While Covid-19-related hospitalizations in the U.K. have risen slightly in recent weeks, they are nowhere near what they were at the peak of the pandemic in January.

Experts say reports from Israel about a drop in vaccine effectiveness against the delta variant are intriguing because the country vaccinated a majority of its population before the U.S. did, and it now faces a surge in variant-related cases. A recent study from Israel found that the Pfizer vaccine was just 64 percent effective in preventing symptomatic illness in fully vaccinated people.

At the same time, the report found that the vaccine was 93 percent effective at preventing hospitalizations and serious illness — a significant benefit, experts say.

Experts have been skeptical about the report from Israel’s Health Ministry, mainly because the study’s authors neglected to provide many details about how they did their research and who participated.

“Assuming these data are correct, this is telling us that it’s even more urgent than ever for people to get vaccinated,” said Dr. Jesse Goodman, a professor of medicine and infectious diseases at Georgetown University Medical Center, who is a former chief scientist with the Food and Drug Administration.

Pfizer didn’t respond directly to the Israeli study, but it pointed to lab data about its vaccine response to the delta variant published in early June, suggesting that it had neutralized the variant, although with less strength relative to previous strains. And a recent report from Public Health England found two doses of the Pfizer vaccine to be 96 percent effective against hospitalization for the delta variant.

Grabenstein said that even if the data ultimately check out, he doesn’t mind, “because I’m most reassured by the 93 percent against the really severe forms of the infection.”

Do vaccinated people spread the virus?

Vaccines aren’t meant to prevent infection. Their strength is in preventing the infection from making people sick and landing them in the hospital.

Most breakthrough infections among fully vaccinated people tend to be mild or to occur without symptoms. What remains unknown is whether an unsuspecting carrier can spread the virus to vulnerable people, such as the unvaccinated, children under age 12 or those with compromised immune systems.

Goodman said infected people who have been fully vaccinated probably have less virus in their system and therefore are probably less likely to transmit it to others. The time person is contagious is also probably shorter with vaccination, he said.

It’s unlikely that the Centers for Disease Control and Prevention will reinstate recommendations to wear masks. But because of the unknown level of transmissibility of delta among fully vaccinated people, experts said in interviews that they continue to wear masks indoors when they are around people they don’t know, such as in grocery stores or movie theaters or on public transportation.

“I have never changed my behavior, and I’m fully vaccinated,” Wohl said. “If I’m indoors, around other people who could be unvaccinated, I wear a mask.

“With Delta spreading, that’s the way we should be.”