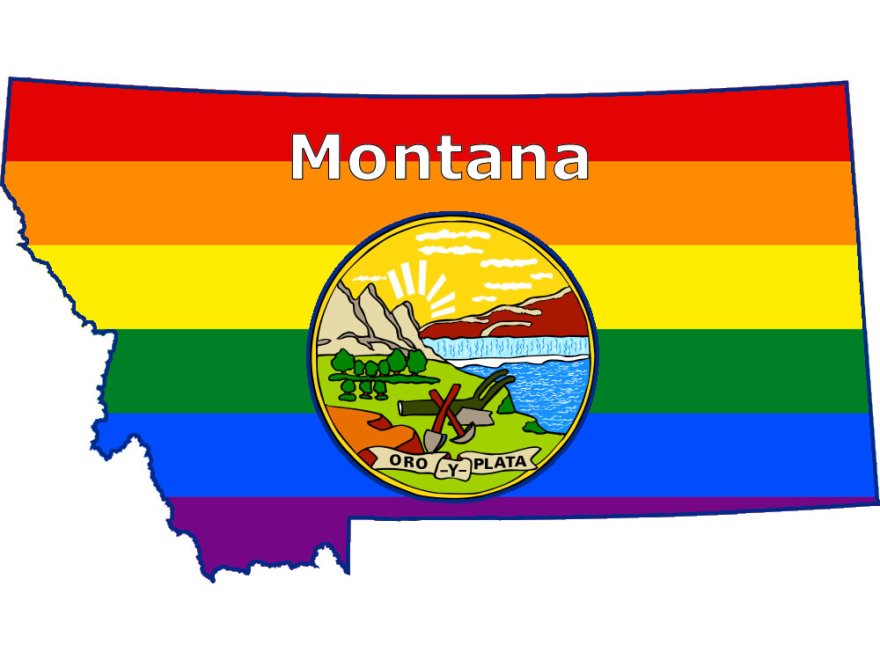 After not being able to gather for more than a year, the state’s largest LGBTQ+ pride group, Big Sky Pride, is taking to the streets of Helena this week.

The annual celebration will wrap up events in the state’s capital this weekend with a parade and rally on Saturday starting at 11 a.m.

After not being able to gather for more than a year, the state’s largest LGBTQ+ pride group, Big Sky Pride, is taking to the streets of Helena this week. The annual celebration will wrap up events in the state’s capital this weekend with a parade and rally on Saturday starting at 11 a.m.

Freddy Monares I’m joined with organization president Kevin Hamm to talk about this year’s pride. Thanks for joining us, Kevin.

Kevin Hamm Thanks for having me.

Freddy Monares What’s different about this year’s pride celebration compared to years past?

Kevin Hamm We didn’t have one last year, so that’s the big difference. Everybody’s kind of pent up to party. Mostly what you find going on is that people are super excited to get back out and see their friends that they haven’t seen. Montanan’s a big state and coming together for pride has always been a nice way for everybody to see people that they don’t get to see on a regular basis. The pandemic has made that a really, really long wait and people are just very excited to get back. So I think that’s the biggest change that we have from years past.

Freddy Monares What are you hearing from the LGBTQ community about the importance of this year’s pride?

Kevin Hamm We’re hearing a lot of excitement. Just to give you an example. We started off the week on the 11th with a drag brunch out at Oddfellows Farm. We were expecting about 100 people maybe would show up to it. We had like 350. So it’s a big deal. And people just, you know, they want their community back. They’ve missed out on a lot of things. And while we had digital experiences that did a lot to expand our communities, it doesn’t replace hugs. I think that’s the most important thing that people have to realize is this is a chance for you to come together, to see your friends, to find the rest of your tribe and to, you know, just be together.

Freddy Monares What does it mean for you to be able to come together after having to put celebrations on hold because of the pandemic?

Kevin Hamm It means a lot. Our community works really hard to expand visibility, to be a part of everything around us and to be sort of a shining beacon for especially people that are not out yet or just thinking of coming out to let them know that Montana does have people in it that are queer like them. And it’s important for us to have pride, to raise our visibility. You know, in major cities, we have visibility, around in Montana, we generally don’t. And we need to fix that. That’s what we’re working towards.

Freddy Monares I also wanted to talk about the legislative session. LGBTQ advocates pushed back against policies proposed and passed during this last legislative session, saying they’re harmful and discriminatory. Why hold the celebration blocks away from the state Capitol where that happened?

Kevin Hamm To remind them that they aren’t the only ones here. We could be bitter. We could be mean, we could attack back or we could have our celebration right here and prove to them that not only are we here, we’re vital and we’re vibrant.

Freddy Monares What does it mean for you to be an LGBTQ person in Montanan? And has it changed since the 2021session?

Kevin Hamm Oh, well, let me give you a little bit of history, because I grew up here in Helena. I graduated from Capitol High in 91, so 30 years ago. So I left. I left Montana for 15 years because I was like, I’ve got to find a place where I belong. And the society in Montana when I was a kid was not welcoming at all. And when I moved back, it was a little bit better. Those changes happened while I was gone and when I moved back I was like, no, I can live here. I can make this better. I can fight for this thing, which, you know, should not be celebrated as a hero moment because it’s not, it’s just literally other people fought the entire time to make it better. And now I’m putting in my work now to make it even better because I don’t want kids to have to leave. I don’t want them to see Montana as some place that’s not welcoming to them. That fight is absolutely a critical thing that we have to do, and I’m willing to do it.

Freddy Monares Kevin, thanks for taking the time to chat with me today.

Kevin Hamm Well, thanks for taking the time to have me on. It’s been awesome.