Wine industry in a dire position 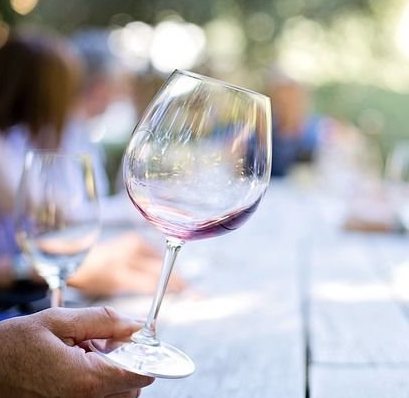 The South African wine industry is at a tipping point, with many wine businesses, especially smaller companies and those under black ownership, facing potential closure in the next three to twelve months owing to the recurring bans on the sale of alcohol.

According to the ‘Impact of Covid-19 on the Wine Value-Chain Survey’ conducted by industry body Vinpro among wine grape producers, wineries and other wine-related businesses in early July, 58% of the 549 respondents indicated that their businesses would have to make drastic changes over the next year to be able to overcome the current challenges related to Covid-19, and 22% will in all probability not be able to survive at all.

Further, 46% of black-owned brands and farms believe their businesses will not be able to survive the next year.

About two-thirds of all respondents’ revenue is generated from domestic wine sales.

The local market is of particular importance to smaller wineries and black-owned brands, which are heavily reliant on sales channels such as their tasting rooms, hospitality offerings and e-commerce, Vinpro emphasises.

“Many wine businesses are at the edge of a cliff and the livelihoods of thousands of employees are being endangered in the process. South Africa is the only country in which liquor sales have been banned with no financial assistance from national government, despite repeated requests from the wine industry.

“Instead, government chooses to close our industry without reliance on empirical evidence to back their decisions and seem apathetic towards its citizens’ plight for survival,” says Vinpro MD Rico Basson.

Vinpro and its partners in wine, tourism and agriculture have submitted numerous funding proposals to various national government departments over the past year to stabilise an industry that has already incurred financial losses of more than R8-billion, the organisation says.

“However, the fact that national government chooses not to take a differentiated approach to decisions with regard to the management of Covid-19 means that the current ban could be extended for the next four to five weeks after the current two-week ban is set to end on July 11.

“Many wine businesses will go under, or will have to lay off staff as they won’t have sufficient cash flow to fund their payroll,” Basson posits.

According to the survey, participants had already had to lay off a significant number of workers since the start of the lockdown in March 2020, had had to take in fewer seasonal labour or were unable to fill new positions.

Many who have managed to keep staff on, were unable to pay their full salaries, which also has a negative effect on the livelihoods of the families who are dependent on the industry, Vinpro points out.

Should the ban continue for another six weeks after July 11, respondents in the survey indicated that they would only be able to fund 51% of their normal monthly payroll.

Black-owned brands and farms will only be able to fund 31% of their payroll, leaving more than two-thirds of their staff without an income, Vinpro warns.

The study indicates that 66% of all participants’ turnover is generated from local sales, compared with 30% exports and 4% from other sources.

Black-owned brands and farms receive 64% of their income from local sales, 27% from exports and 9% from other sources.

In the survey, 38% of all respondents indicated that there was a high probability that their business would close down if the local wine sales ban continued for six weeks after July 11. About 68% of black-owned brands and farms expect they will have to close down.

In comparison, 46% of black-owned brands and farms indicated that their business would not survive, and 50% would need to make drastic changes.