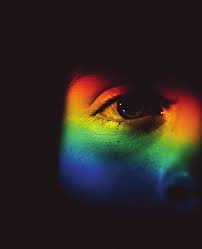 Chengdu, China – A week ago without warning, WeChat, a popular social media platform in China, permanently suspended the official accounts of more than a dozen college LGBTQ groups, igniting a new round of debate on the country’s already threatened community.

The suspensions largely affected groups almost entirely run by students, including at prestigious academic institutions such as Tsinghua and Peking universities. The groups’ missions, according to their brief introductions, were “advancing gender equality and sexual minorities’ rights.”

Several students who run the LGBTQ group accounts told Al Jazeera that they had not previously received any warnings from the relevant authorities about any possible suspension.

Mary, a student who was involved in one of the suspended groups, says that while there had been “chatter” on campus on regulating “groups that advocate for sexual minorities’ rights” for a few months before, nothing had materialised.

“It came as a surprise, but at the same time, not so much,” said Mary, who preferred not to use her real name for security reasons. “We knew the LGBT rights movement was hitting obstacles one after another in China, but we thought at least by being university-affiliated, we could be exempt from any overt crackdown.”

Like Mary, everyone else who spoke Al Jazeera did so on condition of anonymity due to the sensitivity surrounding LGBTQ issues.

These accounts now carry the tag “unnamed official account,” with a single message appearing beneath – “all content has been censored for the account’s violation of ‘internet official account information service management regulations.’” All the articles previously published on the platforms, mostly on gender issues and LGBTQ rights, have disappeared.

As in previous crackdowns in China, any effort to try and document the move was soon snuffed out, too. Some accounts were suspended simply for compiling a list of the accounts that had been deleted.

Neither the government nor Tencent, the parent company of WeChat, has given an explanation for the suspension.

People at groups that escaped the crackdown told Al Jazeera they were preparing for the worst.

One worker at a prominent LGBTQ group said he had started making copies of all articles published on their platform, currently numbering more than 1,000. Another went on Taobao, China’s e-commerce platform and paid someone to download all the articles, with topics ranging from health to political rights advocacy, on a number of accounts that she feared could be officials’ next targets.

For now, it is only the groups’ online presence that has been smothered but many groups are concerned that authorities could be preparing for a broader crackdown on campus events and activities by LGBTQ groups. People such as Mary say they are working hard to ensure “other activities go on as scheduled.”

“This is a dark day for us, and I don’t know if there’s anything I could do other than reaching out to my friends and comforting them,” Kevin, a gay man in Chengdu, told Al Jazeera, after hearing the news.