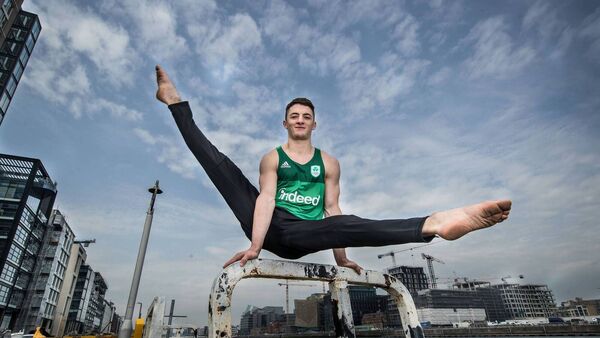 An Irish gymnast has officially debunked one of the most notorious rumours surrounding life at this year’s Olympic village: ‘anti-sex’ beds.

Talk surrounding the competitors’ mattresses spread like wildfire as athletes poured into their temporary residences over the last week, discovering that their bed frames were made out of cardboard along the way.

The recyclable frames, made by a Japanese company, were selected for the residences to promote sustainability – but social media users had other theories.

“Beds to be installed in Tokyo Olympic Village will be made of cardboard, this is aimed at avoiding intimacy among athletes. Beds will be able to withstand the weight of a single person to avoid situations beyond sports,” an American runner said in a tweet over the weekend.

Unsurprisingly, the rumour spread, with many citing possible concerns over transmission of Covid-19 amongst athletes.

However, artistic gymnast Rhys McClenaghan has officially squashed the idea with a video posted from his room in Tokyo.

Whilst jumping on one of the now-famous beds, the County Down native tells the camera: “In today’s episode of fake news at the Olympic Games… the beds are meant to be anti-sex. They’re made out of cardboard, yes, but apparently, they’re meant to break at any sudden movements. It’s fake. Fake news.”

The official Olympics Twitter account shared the video to its 5.9 million followers soon after it was posted, writing “Thanks for debunking the myth.”

McClenaghan’s name has gone viral since, with over 2.6 million views on the video and articles featuring the news appearing across media sources worldwide. Thousands commented on the video after watching it on US talk shows such as The View.

It turns out that the so-called ‘breakable’ beds can hold up to 200kg in weight, a lot more than that of a 21-year-old gymnast.

But with a pandemic still running rampant, condom distribution numbers slashed, alcohol sales banned, and Olympic medals on the line, we’re sure that most athletes will be sleeping soundly alone in their cardboard beds this week.