How the Delta variant has ‘changed the game’ in Europe 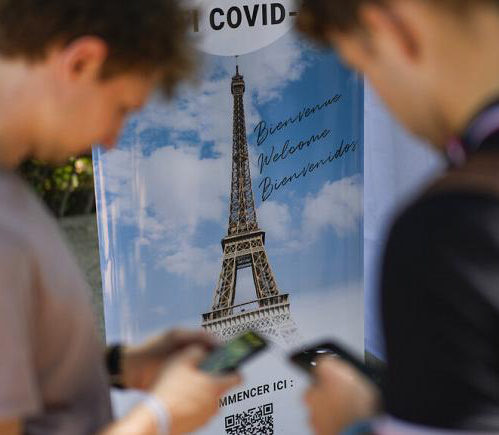 In its latest weekly surveillance summary, the European Centre for Disease Prevention and Control (ECDC) documented that case rates in the European Union and the European Economic Area were at 89.6 per 100,000 people in the week ending July 11.

The previous week, that number was 51.6.

Euronews spoke to the ECDC and Professor Daniel M Altmann from the Department of Immunology and Inflammation at the Imperial College, London, to explore the current health context in Europe.

Is Europe entering a new stage of the pandemic due to the Delta variant? If so, what is different? What are the main concerns?

Professor Altmann: “Very much so. The concerns are the altered behaviours of the new variants, currently Delta, but plenty more on the way.

“There is no doubt that Delta changes the game and resets the clock through the ability to cause breakthrough infections in those who have a poorer vaccine response, and through shifting to infection of younger people, causing a more symptomatic disease in them than we’ve seen before.”

ECDC: “Based on available scientific evidence, the Delta variant is more transmissible than other circulating variants. The ECDC estimates that, by the end of August, it will represent 90% of all SARS-CoV-2 viruses circulating in the EU.

“Unfortunately, preliminary data shows that it can also infect individuals that have received only one dose of the currently available vaccines.

“The Delta variant is circulating extensively during the summer, particularly among younger individuals that are not targeted for vaccination. This could cause a risk for the more vulnerable individuals to be infected and experience severe illness and death if they are not fully vaccinated.”

Are vaccines the best bet against Covid-19, especially against new variants? Do you expect the hospitalisation and death counts to continue to rise despite a wider vaccine cover? If so, what is the reason for this?

ECDC: “Having received two doses of any of the currently available vaccines provides high protection against this variant and its consequences.

“However, a significant portion of the population in the EU/EEA are still not fully vaccinated (click here for latest data). There are still too many individuals at risk of severe COVID-19 infection whom we need to protect as soon as possible.

“Until most of the vulnerable individuals are protected, we need to keep the circulation of the Delta virus low by strictly adhering to public health measures, which worked for controlling the impact of other variants.”

Professor **Altmann:** “The vaccines offer rather good protection across the spectrum: infection, transmission, severity. In most people, most of the time, they’re rather effective. That is, if you’ve made a good immune response to the two doses, even with the loss of neutralisation against the variants, you’d still be in the protected zone. Yet, we’re still bearing the brunt of the exceptions to this, just due to the vast case-load.”

The UK is among the most vaccinated countries in Europe but cases are rising at a worrying rate. While hospitalisations and deaths are lower, is it a wise strategy to let infections run loose like this?

Professor Altmann: “There is no evidence that this will be a good strategy, either in terms of the incremental pressure on National Health Service provision, or in terms of the long-term cost of allowing the virus to replicate in millions of lungs, with the associated consequences both for generation of new variants and future long-COVID cases.”

What can governments do to maintain the vaccination drive? Is there a risk of the public losing trust in vaccines? Should vaccination be made compulsory?

ECDC: “It is very important to progress with the vaccine roll-out at a very high pace. At this stage it becomes crucial that the second vaccination dose is administered within the minimum authorised interval from the first dose, to speed up the rate at which vulnerable individuals become protected.

“Regarding mandatory vaccination, mandatory requirements can be highly effective for certain groups such as healthcare workers, although other strategies may be sufficient or more advisable. Any potentially negative effects of such policies need to be carefully considered.”

Professor Altmann: “Many different answers out there, but certainly with uptake at a plateau in the younger age-groups, it would be valuable to society to link freedoms more directly to vaccine status, such as entry to pubs, clubs, etc.”