‘WHO’s recommendation against Ivermectin is mired in suspicion’ 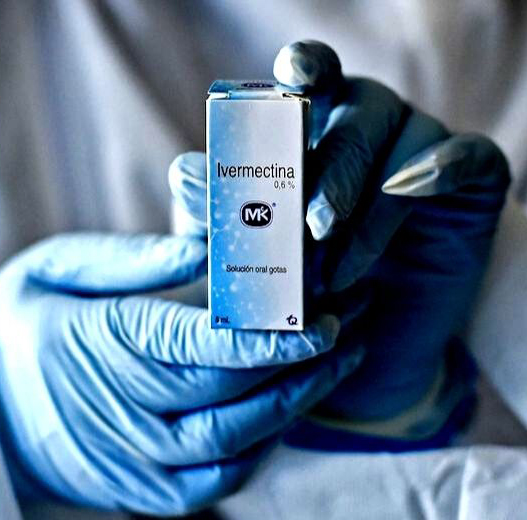 Andrew Bannister’s article ‘Don’t mention Ivermectin; it’ll upset the vaccine rollout’ was published on BizNews.com in May. The article gained an extensive amount of traction, which isn’t all that surprising considering mainstream media’s lack of coverage on alternative Covid-19 treatment.

Bannister, a photographer and hotelier by trade, wrote a follow-up article titled ‘Conflict of Interest in WHO Recommendation Against Ivermectin’ which takes a deep dive into the sordid nature of the ‘financial and ideological conflicts of interest that have blocked the usage of this life-saving medication.’ BizNews spoke to Bannister about the various conflicts of interest which he outlines in his article as well as the various studies which have been released – both advocating for and against the use of Ivermectin as treatment for Covid-19. Bannister states that the World Health Organisation needs to ‘prove that it followed a scientific and ethical process in its recommendation against the use of Ivermectin’ and that without the minutes of the meeting in which the organisation made its recommendation on Ivermectin ‘the recommendation against the use of Ivermectin remains mired in suspicion of corporate overreach.’ As global citizens all facing the same unprecedented crisis, surely – at the very least – we have a right to information which may assist us in making the best decisions possible for our health. – Nadya Swart

Andrew Bannister on what drew his interest to Ivermectin:

Well, as a hotelier, my business has been pretty disastrous over the last year and a half. And I’ve been looking for ways that we could come out of the pandemic. And then when I saw Dr [Pierre] Kory’s presentation to the U.S. Senate, it was the first time I actually heard properly about it. I think I’d seen it mentioned, but I’d never looked at it before – and then I sort of started looking at. And I can see that with early use of ivermectin, we won’t have these huge pandemics.

On the various conflicts of interest that make the World Health Organisation’s recommendation against Ivermectin suspicious:

Well, essentially, the WHO has been looking at Ivermectin. They first appointed Dr Andrew Hill, who (I think he said) started looking at it in March, March 2020. And then he submitted his paper to them [in the] middle of January. He was saying 74% less deaths. They seem to have thrown his paper away. And then they received another paper, which was done by McMaster’s University, which they then used in their recommendation to say that we should not be using Ivermectin, even though that same paper shows an 81% reduction in deaths, but with low confidence. So, the biggest conflict of interest there is that the WHO receives by far the largest funding from Bill Gates.

So each country around the world is supposed to give the WHO a proportion of their budget every year, but that doesn’t happen. So currently, America is the biggest donor, then Bill Gates, then I think it’s the U.K., then Germany, then the Vaccine Alliance. But when it comes to special projects, so not just determining who gets a salary every month, but what projects the WHO does – that funding is the voluntary contributions. Now, when you combine the Bill Gates and the Vaccine Alliance GAVI, which he founded and funds, that combined funding is almost a third bigger than the next biggest funder, which is the American government. So Bill Gates is extremely powerful in the WHO. To me, it’s a huge conflict of interest that Bill Gates has huge ideological and financial interest in vaccines. He seems to be giving them the advice through McMaster’s, which is a favourite university of his for funding. And the guy he uses to run his trials is also a McMaster’s associate professor.

So it seems Bill Gates and McMaster’s University is telling the WHO what to say on Ivermectin. I mean, everyone knows or should know that one of the main things Bill Gates has been pushing since at least 2012 is vaccines. So Bill Gates seems to believe that health systems are not that important, that we can resolve major diseases – not by having functioning health systems – but by having a vaccinated population.