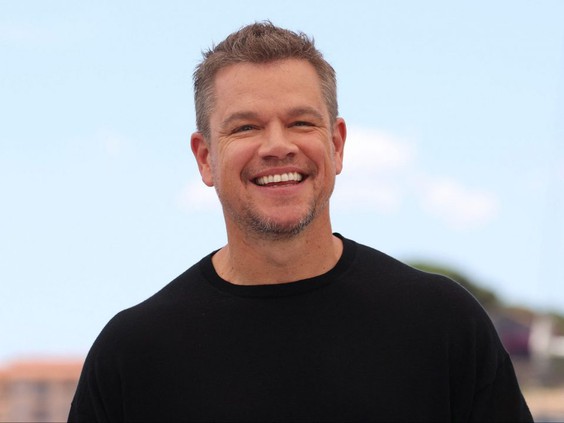 The actor is taking ‘woke’ lessons from his kids after confessing he used the F-word in a joke earlier this year, and his kid made it clear that was not OK.

“The word that my daughter calls the ‘f-slur for a homosexual’ was commonly used when I was a kid, with a different application,” Damon told The Sunday Times. “I made a joke, months ago, and got a treatise from my daughter. She left the table.

“I said, ‘Come on, that’s a joke! I say it in the movie Stuck on You…!’ She went to her room and wrote a very long, beautiful treatise on how that word is dangerous. I said, ‘I retire the f-slur!’ I understood.”

But his admission didn’t go down well with some fans and followers, with comedian Travon Free tweeting: “So Matt Damon just figured out ‘months ago’, by way of a ‘treatise’ from a child, that he’s not supposed to say the word f—–?”

Another Twitter user added: “He had to be taught by his daughter because, apparently, he was walking around saying it in front of her enough that she had to stop him.”

It’s not the first time the Oscar winner has risked the wrath of the LGBTQ community. In 2015 he suggested gay actors should stay “in the closet.”

He attempted to explain his comments during an interview with Ellen DeGeneres, when he claimed his remarks were misinterpreted and he was just stating that “actors are more effective when they’re a mystery.”