A Poet for All Seasons: Yosano Akiko and Same-Sex Love 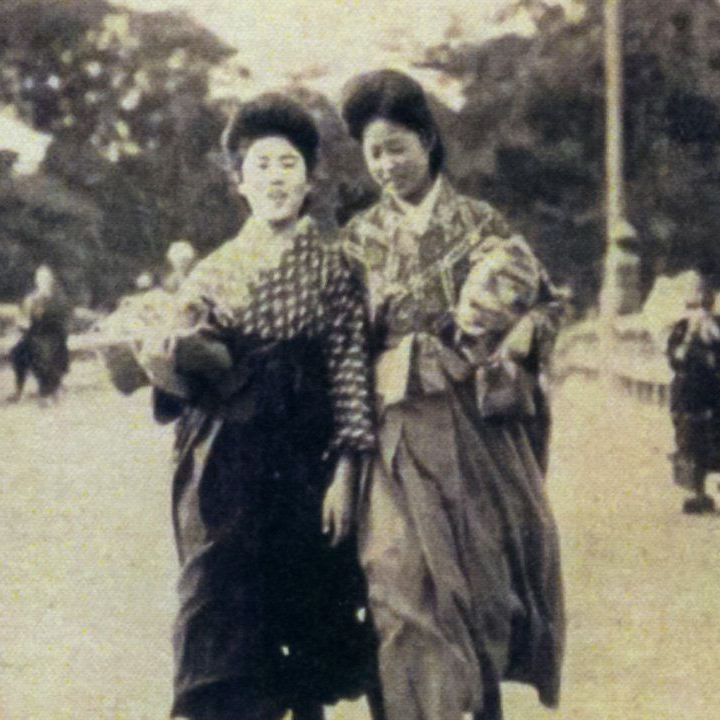 Poet Yosano Akiko’s painfully honest and moving account of her passionate crush on a classmate at her school for girls raises questions about how love and sexuality are viewed in different eras.

Was Yosano Akiko queer? That was the question a poet friend, seemingly influenced by a website listing possibly queer poets, asked me a few months ago. For my friend, who told me she is queer herself (as in sexually fluid, able to love a man or a woman), the answer was of personal importance.

Readers who conflate the poems with the life have long indulged themselves by weaving stories about Akiko’s sexuality, but I set most of those aside long ago. Even where “evidence” was adduced it always proved to be more smoke than fire. My friend’s inquiry, though, was asked in all seriousness, and the personal urgency inspired me to look into the question more deeply. Among Akiko’s uncollected essays I found the intriguingly titled “Same-Sex Love: An Autobiographical Interlude” (“Dōsei no ai jiden no issetsu,” 1917). This painfully honest and moving account tells of Akiko’s passionate crush on a classmate at the Sakai School for Girls during her early adolescence. Here I will introduce it and then return to the question with which I began.

Akiko begins, as she often does in her essays of this time, by discussing the etymology of a word, in this case omesan. People were now choosing to write this term for an intimate relationship between two girls with the kanji for “male” and “female,” but she objects to this, insisting (on the authority of a contemporary girl student she knew) that it was an abbreviation of omedetai, “fortunate,” derived from the envy others felt for the couple’s happiness. “To write it with the kanji for ‘male’ and ‘female,’” she declares, “makes a word about something innocent into one that expresses something repulsive to even think of.” In other words, Akiko is insisting on the asexual purity of same-sex love between girls, and fighting the orthography which would suggest that such love had an erotic component.

The conflation of romantic friendship with sexual passion under the single heading of homosexual love arrived in Japan in the late nineteenth century, when the works of Richard von Krafft-Ebing were translated, and those who kept up with developments in modern thought, as Akiko did, were well aware of the theory that same-sex love was a sexual perversion. By objecting to writing ome with the kanji for male and female, she is putting her foot down and refusing to let the word mean a lesbian relationship. At the same time, she stakes out a territory for this purely spiritual same-sex love that is even more intense than that of erotic heterosexual love, and then, without any pause, enters into her own personal story:

“I am of the firm belief that love between adolescent girls is not a form of sexual perversion. I also know that this love between girls comes with feelings even more intense than those of love between men and women. I had a friend like that once. One usually hears that in such relationships the love is equal on both sides, but with us, it was eight parts on my side and but two on hers. It’s obvious now of course, but even then I fully realized that my love was completely irrational.

“My friend—let’s call her M—was the same age as me. She did not come from an old family but was the daughter of what was then called in Sakai a ‘house of means,’ which today would be called nouveau riche. My love for her continued passionately for three years, from the time I was fourteen to when I was sixteen.” (Note that in her essay she uses kazoe-doshi—the traditional means of counting age, in which a child is counted as 1 upon birth and gains another year of age every January 1—and says 15 to 17; in fact, Akiko was born in December, so she might have been even younger, that is, 13 to 15.)

What attracted Akiko was M’s connection to Osaka, the closest large city to Akiko’s hometown of Sakai, and the site of many wistful dreams of freedom and beauty from Akiko’s childhood. M wore her hair in the Osaka style, and decorated it with lovely ribbons. This attracted Akiko’s attention and admiration, and made her wonder if M and Osaka people often met. And this speculation, she writes, “was the beginning of my love.”

It turned out that M was intimately acquainted with the big city and had many stories to tell about Osaka people and their doings. At first, Akiko wondered if she was merely relaying what she had heard, but then she realized that M “was reporting what she herself had seen,” and she became even more smitten, for Osaka was a city of tremendous glamor for Akiko.

She continues: “The girls who had grown up in the dim dark streets of old Sakai almost never got excited when they heard about the wonderful ways of city people. I looked forward to being near M in the ironing room [they were in the same sewing class] and started to think up excuses to go there when I knew she would be using it. I also liked that the things M made were always new kimono for herself using the finest silk.

“In those years, I never felt envy for others, but I would think of someone else’s happiness and good fortune as my own and use it as fodder for the fantasies I wove, so during the time I sat there silently sewing, the lovely striped and patterned kimono that M sewed gave me many dreams. I was so happy when we began to sit together at lunch in the school cafeteria. We also began to walk home from school together. If I happened to notice M as I walked to school in the morning my heart would beat so quickly. Then one day she suggested that we both wear our hair to school in shimada style, and I was in ecstasies. But then she told me that because our plan had leaked out to another one of her best friends, we would have to give it up, in order not to hurt the other friend’s feelings. Instead, she said, she would do her hair in shimada style one week and then I could do mine in shimada style the next, so only the two of us would know.

“But instead of doing as she said, I did my hair in shimada style on the same day as her. I did it on purpose, to make the other friend jealous. And then how miserable I was when M hated me for it!

“One day after school let out, I was waiting for M in the corridor at the bottom of the stairs so that we could walk home together, when another friend came and told me that M said she would be late so I should go home ahead. Hardly knowing what I was doing, I rushed up the stairs. In tears, I said to M, “You and your other friend can go home together later on!” Even now I think I have never felt as intensely jealous as I did then, even in my seventeen years of marriage.”