LGBT+ festival to open in Denmark 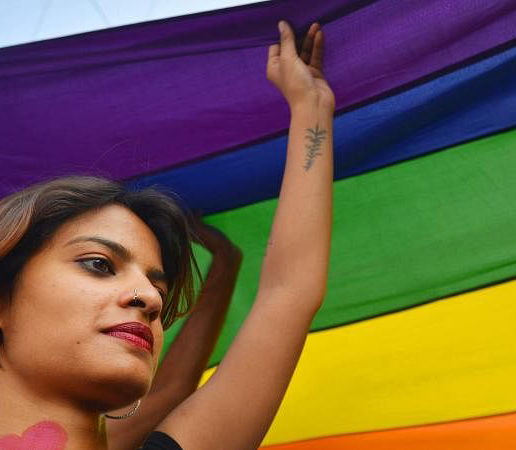 Thousands are expected to attend Thursday’s kickoff of the 10-day multi-national LGBT+ festival that will include a global pride event in Sweden’s southern city of Malmo and a 22-sports tournament to be held in nearby Copenhagen.

The event – Copenhagen 2021 – combines WorldPride “to celebrate and advocate for the LGBTI+ equality worldwide,” according to the organizers, and EuroGames where some 2,000 athletes from more than 50 countries will compete.

Danes see the area encompassing the Danish capital and Sweden´s third-largest city, which are connected by a 16-kilometer (10-mile)-long bridge and tunnel link, as Greater Copenhagen. It will be the first time that these two events are combined.

Lars Henriksen, organizer of the WorldPride, said it had been an “enormous challenge (to organize) this event in the midst of a pandemic that has affected so many people across the world.” Christian Bigom, who was the organizing force behind EuroGames, added that the sporting event was “the opportunity to make sure that sport is more inclusive and more diverse in the future.”

Some of the events have been curtailed because of the pandemic. Just 600 people can participate in Thursday´s WorldPride 2021 parade and there is a limit of 3,000 spectators at Malmo´s stadium that can accommodate 24,000 people.

Swedish organizers said that although this is “far fewer people” than usually takes part, they are “extremely happy to be able to carry out this demonstration and this celebration in such a large physical format.”

The EuroGames, held on the Danish side of the Oresund Strait, will proceed with a full schedule of events, but there will be some limits on the number of spectators there, too, organizers say.

A planned parade in Copenhagen was replaced by a series of activist-led walks. Six WorldPride marches will converge for the closing ceremony at a park.

The two-in-one event, which runs from Aug. 12 to Aug. 22, also will include a human rights conference where up to 1,000 activists and policymakers are to discuss equality for lesbian, gay, bisexual, trans and queer people.

PrevPreviousBears of Summer at Lazy Bear Weekend, by Felix Xie
NextCould this be the most homoerotic music video of all time?Next