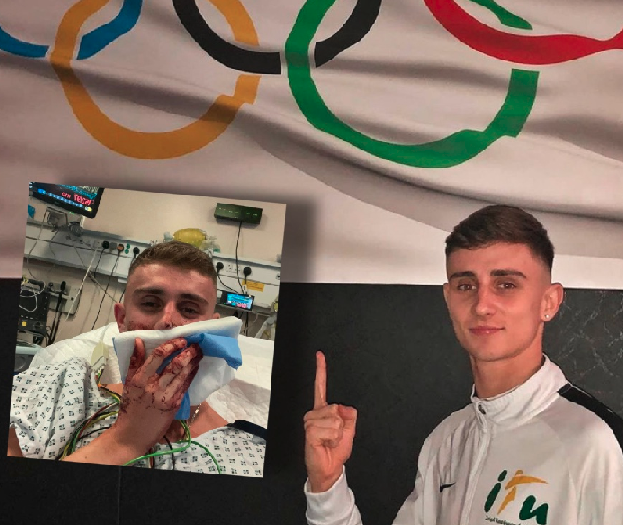 Openly Bisexual Irish Olympian Jack Woolley has been left battered and requiring facial reconstructive surgery after he was attacked by a gang of 12 people during a night out with friends in Dublin.

Woolley who is reland’s first Olympic representative in taekwondo explained via a graphic Instagram post how he was attacked “out of the blue” on Saturday the 14th of August.
Sharing images from inside an ambulance and a hospital bed, the 22-year-old posted his blood-soaked clothing and lacerations across his face, that he received from the attackers.

“Heading back along the River Liffey a gang of roughy 8-12 men and women in their 20s began violently attacking people along the boardwalk,” he explained on Instagram.

“Unfortunately, I was victim to these random attacks as I was just walking by before I was punched in the face by one of these group members.”