The looming threat to religious colleges. 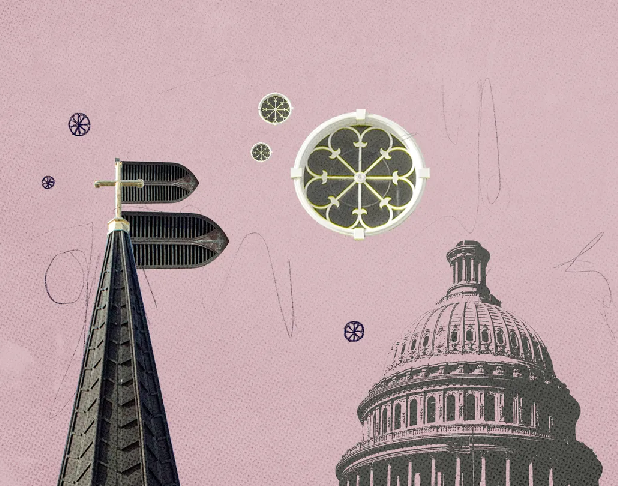 As support for gay rights grows, religious schools of all shapes and sizes face pressure to change policies on sexuality, gender and same-sex marriage

As a student at Calvin University in Grand Rapids, Michigan, Claire Murashima was taught to ask big, scary questions and trust that God would be present in the answer.

She had that lesson in mind last fall when she took the largest leap of faith of her life.

Murashima had just been elected student body president of the small, religious school and wanted to use her power to lead meaningful conversations about gay rights. She wrote an editorial for the student paper publicly coming out as bisexual, and then brought it to school leaders before it was published to prepare them for what she was going to do.

“I didn’t want to go behind their backs in any way,” she said.

What Murashima did want was the answer to a big, scary question. She wanted to know if Calvin could become a campus that served the needs of gay students while also celebrating religious values.

“I wasn’t pushing for a specific political outcome,” she said. “I wanted LGBTQ people to know my school is a place for them.”

As support for gay rights grows across the country, religious schools of all shapes and sizes face the same question, and it’s not just students seeking a response. Policymakers, donors, professors and other stakeholders are all wondering whether faith-based colleges and universities can better care for members of the LGBTQ community without sacrificing the religion-related policies that help drive their success.

So far, few institutions have fully engaged with the debate, but, soon, it will be impossible to avoid. Democrat-led policy proposals in Congress and a lawsuit filed this spring by dozens of former Christian college students are putting pressure on religious colleges and universities from the outside, as students like Murashima put pressure on them from within.

In the near future, religious schools will have to take a leap of their own and trust God to help them find a path forward. The whole world should be rooting for them to find their way, said Shirley V. Hoogstra, president of the Council for Christian Colleges and Universities, which serves more than 150 North American schools.

“Christian higher education produces committed, compassionate, convicted citizens who want to engage deeply in this world, not in spite of their faith but because of their faith,” she said.