Komodo dragon ‘at risk of extinction’. 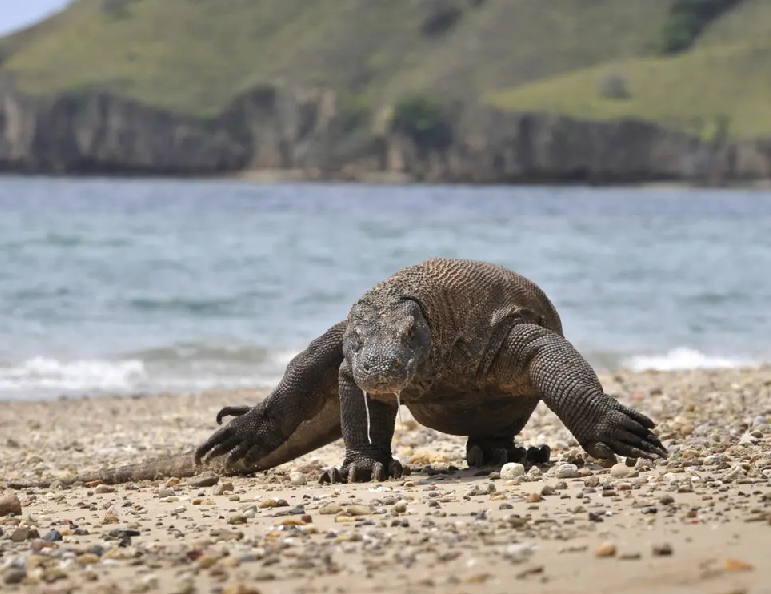 The world’s largest lizard is in danger of extinction as rising water levels are shrinking its natural habitat.

The Komodo dragon, also known as the monitor lizard, has been moved from the International Union for Conservation of Nature (IUCN) vulnerable list to its list of endangered species.

The species’ status change is its first in more than two decades. The first peer-reviewed paper on how global warming would affect the giant lizards concluded last year that “urgent conservation actions are required to avoid risk of extinction”.

The lizard, which is native to Indonesia, particularly the island of Komodo, lives in forests or on the open savannah. Its inability to live on land higher above 700 metres above sea level means that its numbers are at severe risk of being decimated by rising sea levels.

Rising water levels are set to impact 30 per cent of the lizard’s habitat in the next 45 years, according to the IUCN, which announced the species’ endangered status at its world conservation congress in France this week.

While the subpopulation in Komodo National Park is currently stable and well protected, their habitat on the Indonesian island of Flores is believed to have shrunk by more than 40 per cent between 1970 and 2000, the IUCN has warned.

The species, of which there are an estimated 5,700 left, is also under threat because of volcanic activity, earthquakes, poaching, and the hunting of animals that make up their food source.

Dr Andrew Terry, conservation director at the Zoological Society of London (ZSL), said: “Komodo dragons were first introduced to the British public by Sir David Attenborough just 60 years ago, on BBC’s iconic series Zoo Quest for a Dragon with ZSL.