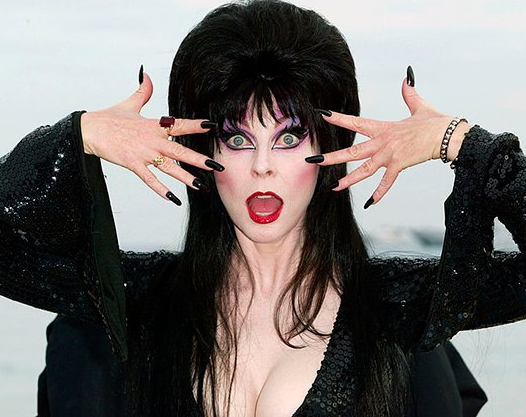 This week, Cassandra Peterson — best known as her alter ego Elvira, Mistress of the Dark — used her new memoir, Yours Cruelly, Elvira, to open up to the world about her long-term relationship with Teresa “T” Wierson.

As Peterson tells it, the couple met at the Hollywood Gold’s Gym where the horror icon admired Wierson from afar. “Often, when I was doing my preworkout warm-up on the treadmill, I couldn’t help noticing one particular trainer — tan, tattooed, and muscular — stalking across the gym floor, knit cap pulled so low over his long brown hair that it nearly covered his eyes,” she writes in the book. “Dark and brooding, he gave off such intense energy that when he crossed the enormous gym floor, the waters parted and people stopped in their tracks to stare.”

In her memoir, Peterson describes Wierson as the typical “sexy bad boy” and says that watching her surreptitiously from the treadmill made her heart beat faster and was a great way to pass the time. It wasn’t until they bumped into one another in the ladies’ room that Peterson realized her gym crush was no bad boy. “A former bodybuilder, track runner, and cyclist, she was an incredibly sweet person, despite her tough exterior,” she writes. The two experienced an instant connection and had fun together as they trained three times a week for the following six years.