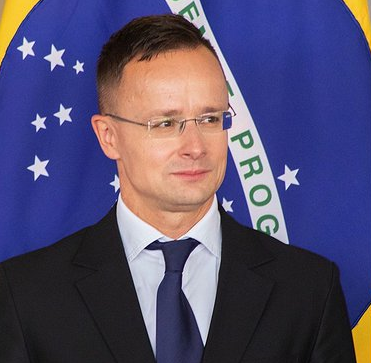 A senior Hungarian diplomat has said that the country will not compromise over controversial legislation and policies, including recent anti-LGBTQ legislation.

In June Hungary amended existing legislation concerning paedophilia to ban LGBTQ content being shown to under-18s, which drew fierce criticism from other leaders in the European Union., who began taking legal action in July.

The country’s Prime Minister, Viktor Orbán, has defended the legislation. In an interview during the United Nations General Assembly taking place in New York, Hungary’s Foreign Minister Péter Szijjártó also showed no sign of budging on the matter.

“We are a sovereign country”

Speaking to the Associated Press Szijjártó said: “We do not compromise on these issues because we are a sovereign country, a sovereign nation. And no one, not even the European Commission, should blackmail us regarding these policies.”

In regard to the EU blocking billions of funds for economic recovery as a response to the homophobic legislation, which is what Szijjártó means by “blackmail”, he said the law will protect children from the “homosexual agenda.”

He added: “We will not make compromises about the future of our children.”

The EU has said the block is not related to Hungary’s LGBT policies, but what it deems an insufficient fight against corruption and the lack of an independent judiciary.

A public referendum on the issue has been promised by Orbán but no date has yet been given for when that will take place. Failing to offer any clarity on that, Szijjártó said a vote would give the government a mandate to hold strong on its policies against the EU (if it wins the referendum).

“The best munition a government can have during such a debate is the clear expression of the will of the people,” he said.

The Hungarian law is similar to Russia’s 2013 law “for the Purpose of Protecting Children from Information Advocating for a Denial of Traditional Family Values”, which effectively bans positive representation of LGBTQ life to minors.

That law takes inspiration from the late Conservative leader Margaret Thatcher’s Section 28, active in the UK from 1988-2003.