Poland loses ‘LGBT-free zone’ as region renounces hate and ‘guarantees equality for all’. 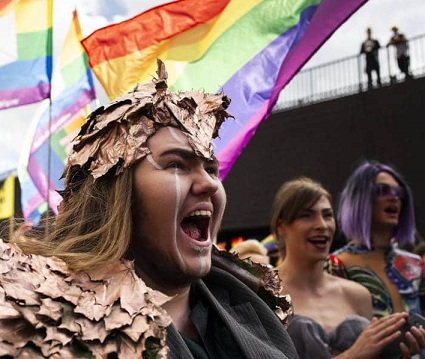 Several Polish regions, towns and cities have adopted hostile resolutions that declare the areas “free from LGBT ideology”. The EU has harshly rebuked the so-called ‘LGBT-free zones’ since they began popping up across Poland in 2019.

On Wednesday (22 September), the regional assembly of Swietokrzyskie voted in a special session to abolish the anti-LGBT+ resolution, Euronews reported.

At the special regional assembly, 25 councillors in Swietokrzyskie passed a new resolution stating that Poland’s constitution guarantees parents the right to raise their children consistent with their beliefs and views. But it stated the constitution also ensures a “guarantee of equality and fair treatment for all”.

LGBT+ activist Bart Staszewski said it was a “great day for Poland and great success of activists and civil society”, the Associated Press reported.

“I am really moved,” Staszewski said.

According to the Associated Press, Poland’s conservative government asked local authorities in several regions to revoke their anti-LGBT+ resolutions. This came after the EU threatened to pull millions of euros of funding to the regions over the ‘LGBT-free zones’.