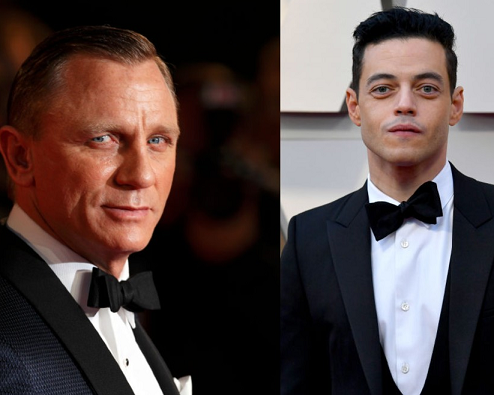 Things can get complicated on a film set – emotions can run high and people can do things that are out of character.

That might help to explain how Daniel Craig and Rami Malek ended up sharing a passionate kiss on the set of their new James Bond film No Time To Die.

The film, which was delayed numerous times due to the COVID-19 pandemic, has finally been released in cinemas – and that means fans are reflecting on Rami Malek’s admission about a steamy on-set kiss.

During an appearance on The Late Show with Stephen Colbert in 2019, Malek heaped praise on Craig as his “favourite” Bond actor – and he dished the details on a particularly challenging scene they worked on together.

“We had a scene that was a very complicated scene and we were rehearsing for it with our terrific director,” Malek told Colbert.

“We were sitting at a table over hours just batting about ideas, back and forth, and we finally cracked this really challenging scene.

“And he grabbed me, picked me up – and I can’t tell who initiated the next moment, whether it was him or I – but a kiss transpired between the two of us.

“I’m going to say that Daniel initiated it, and I was very taken aback.”

When asked by Colbert if the kiss was welcome, Malek said: “Yes, very much so.”