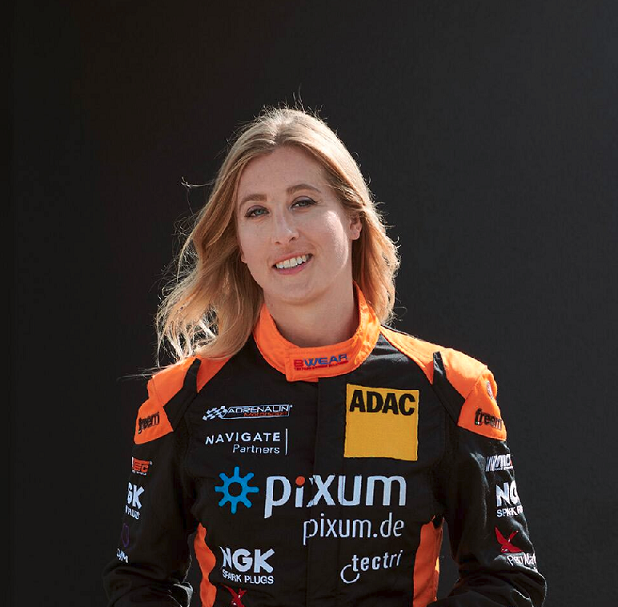 Endurance racing driver Charlie Martin [she/her], 40, came out to the public as transgender in 2018, and says she started her transition in 2012. Martin competed in the Michelin Le Mans Cup in 2019, and was the first out trans person to race in the 24 Hours of Nürburgring event, in 2020. Martin is a Stonewall, Racing Pride, and Athlete Ally ambassador.

What was the ‘coming out to myself’ process like for you?

I had been having therapy for quite a while, which had really helped me get to a point of self-acceptance. Once I’d reached that point, and I knew there was no other way forward other than transition, I gradually came out to my closest friends and family and that was a really scary thing to do. But every time I came out to someone it got easier. The first few people, certainly, it was really quite traumatic for me. I remember turning it into quite a big thing — I was like, ‘I want to tell you about this thing and it’s been really hard my whole life, and I’ve really struggled and it’s really difficult,’ and so on and so on. After the fifth or sixth person it got so much easier. I guess that’s the result of years and years of internalising my own feelings, to the point that I was so convinced that being trans was this really negative thing that people wouldn’t accept, and actually the reality was quite different, thankfully, and people were very accepting.

Did you have a specific reason for coming out to the media/public, rather than keeping your private life private?

There were a couple of reasons. One part of it was [that] I didn’t like the idea of having a secret that at some point someone could find out and suddenly it would be in a [news]paper. At that point I didn’t really have any kind of profile so it’s not like it would have been front page news, [but] I didn’t like the fact it could get out there without me having any control over how the story was told. But a much more fundamental reason was that I felt it could do a lot of good. I felt that motorsport, especially such a male-dominated sport that doesn’t really have much visible diversity, is really lacking stories that could help inspire and educate other people. So I almost felt like an obligation to try and do some good by coming out and I still thoroughly believe in that today, that’s the reason. Some people say, ‘Doesn’t it annoy you when you see you are ‘trans racing driver Charlie Martin’?’ It doesn’t really, because the power of visibility at this point in time is more important than me going, ‘Yeah it would be nice not be pre-fixed as trans’.