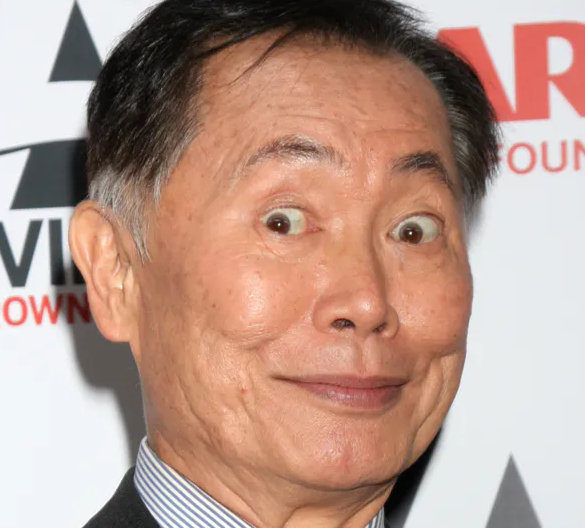 Actors George Takei and Dean Cain are both giants in the fantasy and sci-fi genres. Takei, a former Star Trek cast member, came out as gay in 2005; Cain, who portrayed Superman on television in the late 90s, claims to be an LGBTQ ally, but sometimes forgets to act the role.

So when news broke that the current Superman will be bisexual and kisses a childhood friend in the newest issue, Cain was asked for comment. And that’s when Takei, an actual member of the LGBTQ community, stepped in.

Seventeen-year-old Jon Kent, the son of Clark Kent and Lois Lane, has the same powers as his father and is the star of the new series, “Superman: Son of Kal-El.” In the upcoming fifth issue, to be released November 9th, Jon will begin a romantic relationship with journalist Jay Nakamura.

“They said it’s a bold new direction, I say they’re band-wagoning,” the 55-year-old actor told Fox & Friends. “Robin just came out as bi — who’s really shocked about that one? The new Captain America is gay. My daughter in [The CW series] Supergirl, where I played the father, was gay. So I don’t think it’s bold or brave or some crazy new direction. If they had done this 20 years ago, perhaps that would be bold or brave.”

Supergirl and Batwoman, both CW shows, include multiple lesbian characters, same-sex relationships, and actor Nicole Mains, a transgender woman, portrays a truly groundbreaking character simply because her transness wasn’t a major plot point; it’s just part of who she is.

Jon Kent’s sexuality is just one of many ways the series is working to better connect to contemporary audiences. Another way is through the battles he fights. Jon has used his powers to tackle climate change, school shootings, and to protect refugees, the New York Times reported.

“Brave would be having him fighting for the rights of gay people in Iran where they’ll throw you off a building for the offense of being gay,” Cain continued. “They’re talking about having him fight climate change and the deportation of refugees, and he’s dating a hacktivist — whatever a hactivist is. Why don’t they have him fight the injustices that created the refugees whose deportation he’s protesting? That would be brave, I’d read that.”

“Or fighting for the rights of women to attend school and have the ability to work and live and boys not to be raped by men under the new warm and fuzzy Taliban — that would be brave. There’s real evil in this world today, real corruption and government overreach, plenty of things to fight against. Human trafficking — real and actual slavery going on. … It’d be great to tackle those issues.”

Takei, wise enough to see that Cain was disguising anti-Muslim bigotry in concern for women and LGBTQ people, laid it out for the erstwhile superhero. Cain’s faux concerns are why he calls himself an LGBTQ ally.

“So Dean Cain apparently is upset that the new Superboy in the comics is bisexual,” Takei tweeted. “I used to be upset that Dean Cain was straight but he has definitely cured me of that.”