LGBTQ+ celebs to join in PSA for protest of Dave Chappelle, Netflix. 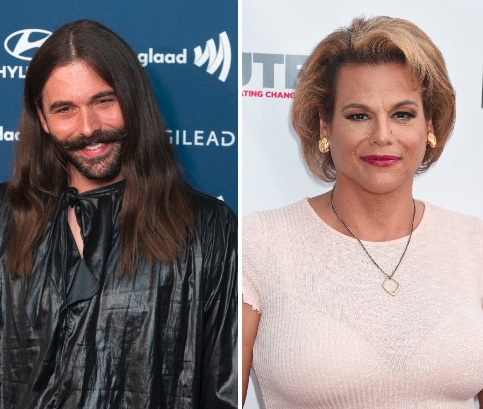 The action is set for 10:30 a.m. Wednesday at Netflix headquarters in Los Angeles. Transgender employees of the streaming service and their allies were outraged over Chappelle’s most recent special, The Closer, in which he mocked trans women’s genitals, boasted of beating up a lesbian, and declared himself a member of “Team TERF,” TERF being an acronym for “trans-exclusionary radical feminist.”

Netflix has stood by Chappelle and refused to take the program down. Co-CEO Ted Sarandos sent an email to employees saying, “We don’t allow titles on Netflix that are designed to incite hate or violence, and we don’t believe The Closer crosses that line.”

Meanwhile, Netflix suspended an employee who criticized the company on social media — the reason given was that she had attempted to join a meeting to which she was not invited — and fired a leader of the service’s trans resource group, supposedly for leaking data to the media about the Chappelle special. That leader is Black and pregnant.

Activist Ashlee Marie Preston is organizing Wednesday’s action. “Artivists/Creators, grassroots organizers, public figures and supporters spanning multiple communities are coming together to underscore the importance of responsible content offerings that prioritize the safety and dignity of all marginalized communities,” she wrote on Facebook and Instagram. The protesters will present “a list of firm asks” to Sarandos and share it with media and attendees.

“We shouldn’t have to show up annually to push back against harmful content that negatively impacts vulnerable communities,” Preston said in the announcement. “Instead, we aim to use this moment to shift the social ecology around what Netflix leadership deems ethical entertainment, while establishing policies and guidelines that protect employees and consumers, alike.”

PrevPreviousPhilippines’ Kodie Macayan is Mr. Gay World 2020.
NextNetflix trans employees and allies release a list of demands ahead of the walkout.Next